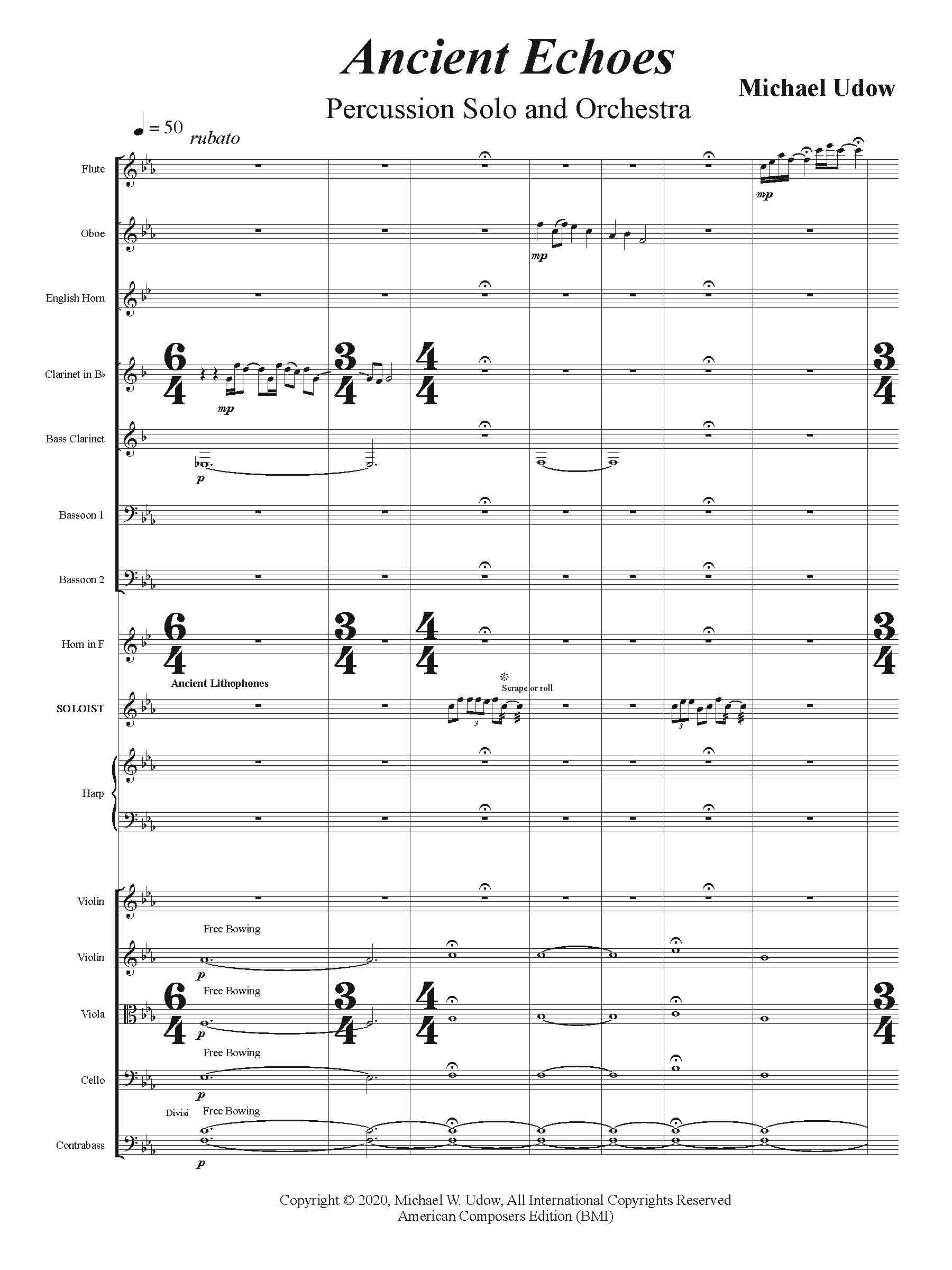 I have been fortunate to have played ancient stone lithophones in China and South Korea prior to moving to Colorado. Fast-forward twenty years when I met archeologist, Marilyn Martorano, who has done extensive research on lithophones identifying 5000-year-old stones that had been shaped by human hands at the Great Sand Dunes National Park and Preserve in Southern Colorado. Playing these ancient stones inspired me to compose a concerto for multiple-percussion that included a stone instrument. This took me down the rabbit hole of researching various types of stone. After three years of work with the help of many people, I was able to realize my dream of a 3-chromatic-octave granite lithophone that is combined with vibraphone, Chinese cloud gongs, Javanese angklung, German almglocken, Japanese taiko, and Middle Eastern darabuka and riq. Given these instruments and their long traditional folk music traditions, it seemed logical to create a through-composed work that hints at but never copies musical traditions from around the world.