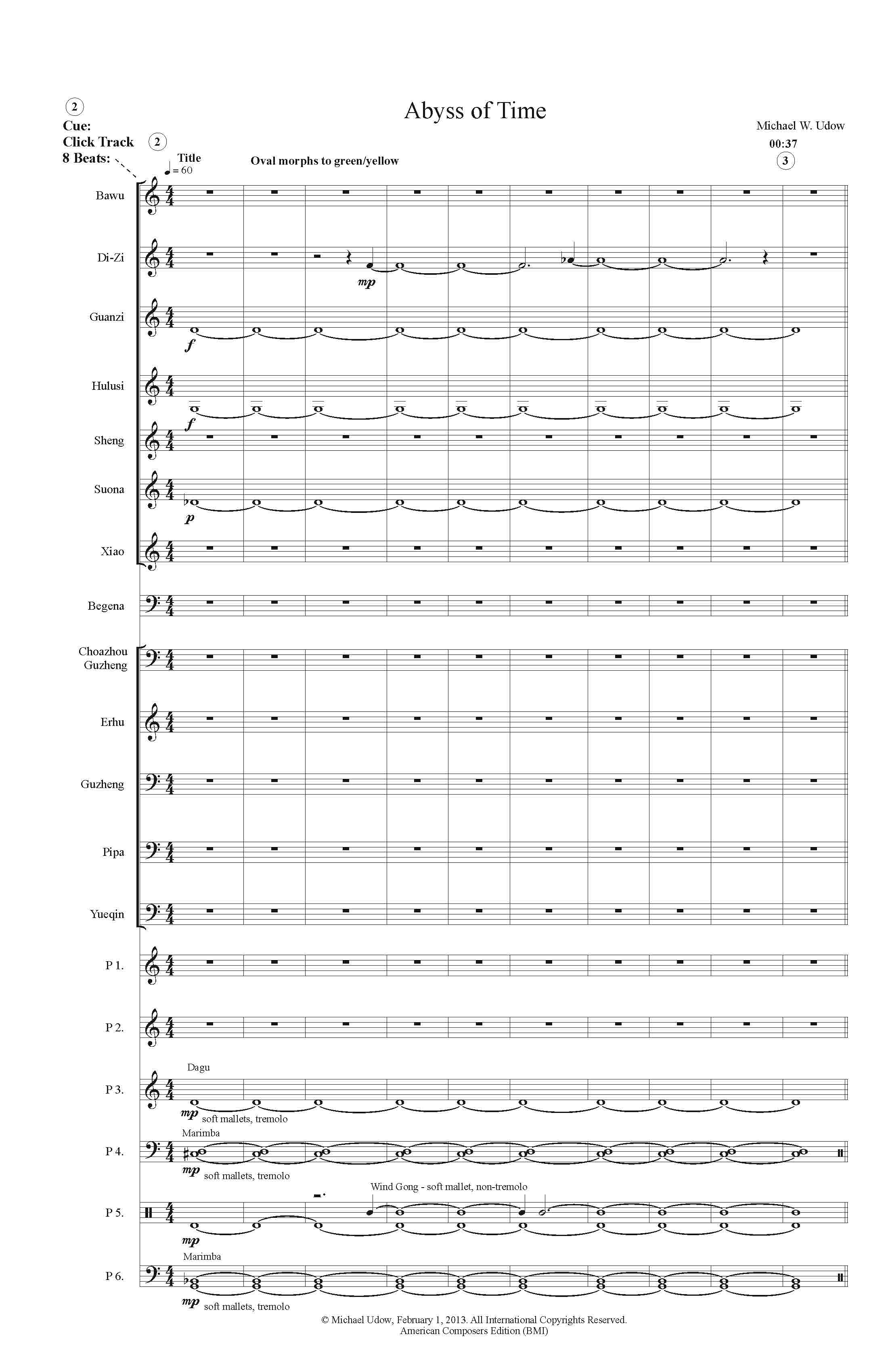 I had taken photographs of old growth trees and rock formations in the United States and China.  My proposal to visual artist, Rita Blitt, was for her to respond to these images by creating an animated video incorporating her drawings and paintings (with or without the inclusion of the photographs).   I would then compose music in response to Rita’s video.

When viewing Rita’s first seven minute draft, I was profoundly moved by the pacing of the images and asked Rita if she would be willing to consider expanding the video’s length, and she agreed.  In viewing the completed twenty-four minute video, I realized that what I had been documenting in my photographs was the symbiosis of  “geologic time” and the “temporalness of life”.  Rita, without premeditated intent, had captured the essence of what I had been fascinated with since the inception of the project.  Rita’s animated images further elicited responses within me, which provided the impetus for the music.

The first orchestration of the music for a Chinese Chamber Orchestra of traditional Chinese wind and string instruments with six percussionists was premiered at the Shenyang International Percussion Festival May, 17 2013.   Tonight’s percussion ensemble orchestration of the work was written at the request of my long time friend, Jonathan Haas.  I have also orchestrated versions of this collaborative work for orchestra, wind ensemble, and a version for percussion ensemble with the pre-recorded Chinese Chamber Orchestra playback.

Rita elected to include the following photographs in Abyss of Time: the 1200 year-old Qing Dynasty Dragon Tree and massive stones at Empress Dowager Cixi's summer palace and images of rock formations and trees from Rocky Mountain National Park, the San Rafael Swell, Mono Lake and the Na'pali Coast.

As a postscript to the above thoughts and as an outgrowth of this collaborative work, I have been even more focused on the devastating impact that human beings are having on the Earth's ecosystem that has caused the world scientific community to contemplate if  the Earth has entered a new Epoch, the Anthropocene.

The music to Abyss of Time is dedicated to Lu Quinshan and to Rita Blitt.  When first meeting Lu Quinshan in Shenyang many years ago, looking into his eyes, I felt I was

connecting with a human being of deep compassion, wisdom and sensitivity.   I feel a similar connection with Rita Blitt.  While composing the music for Abyss of Time, there was a special place in my heart and in my mind for these dear friends and extraordinary individuals.