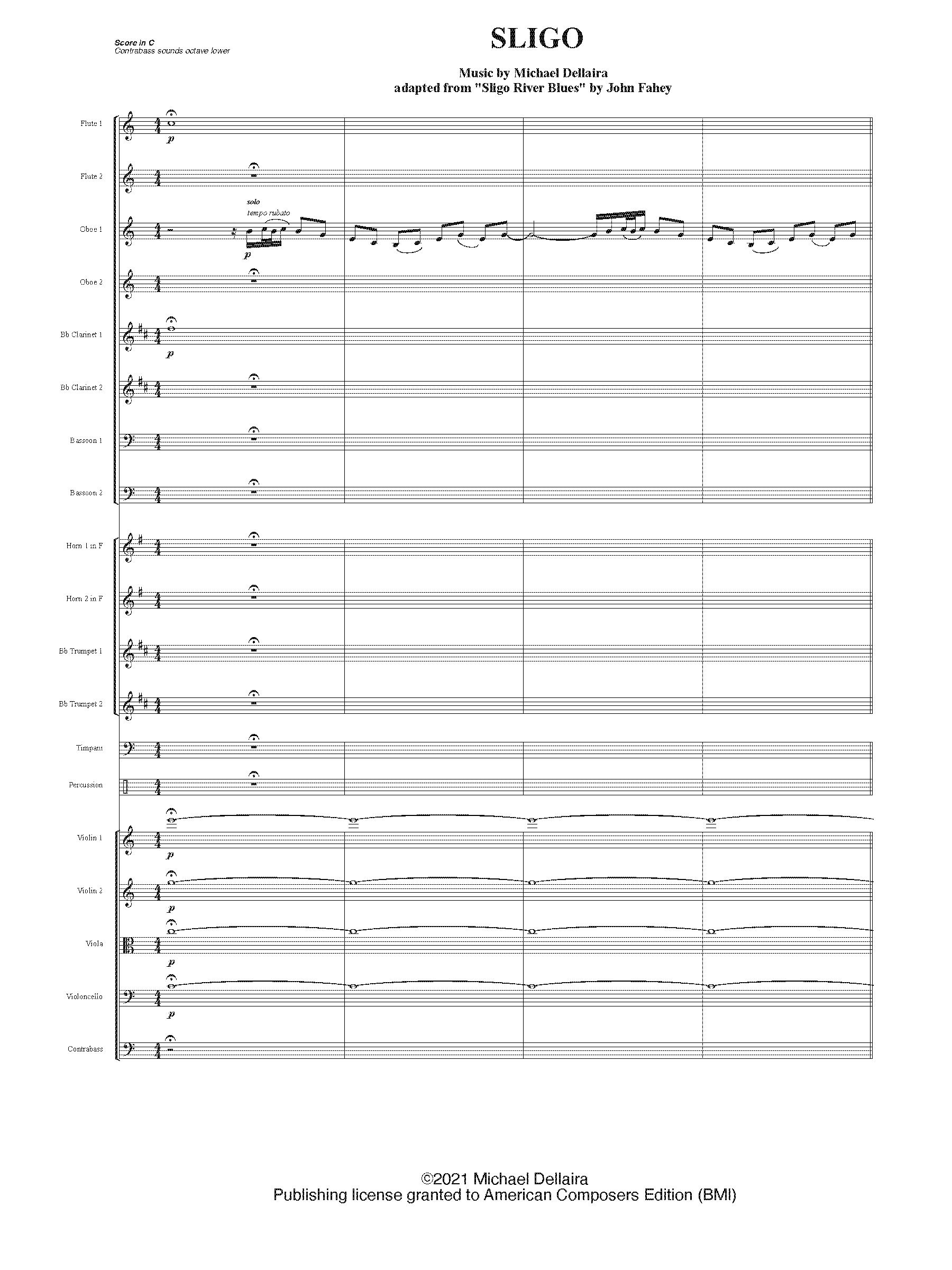 Sligo is in honor of John Fahey’s guitar composition “Sligo River Blues"; it appeared on his first album Blind Joe Death and was, perhaps, the piece that showed me most clearly how music could be both simple and powerful at the same time.

I adapted it for chamber orchestra in 1995 as a tribute to Mr. Fahey, and originally incorporated it as the second section of Three Rivers, commissioned by the Union College orchestra to help commemorate the college's bicentennial year.

In 2021 a new edition of Sligo has been published by American Composers Edition (BMI).