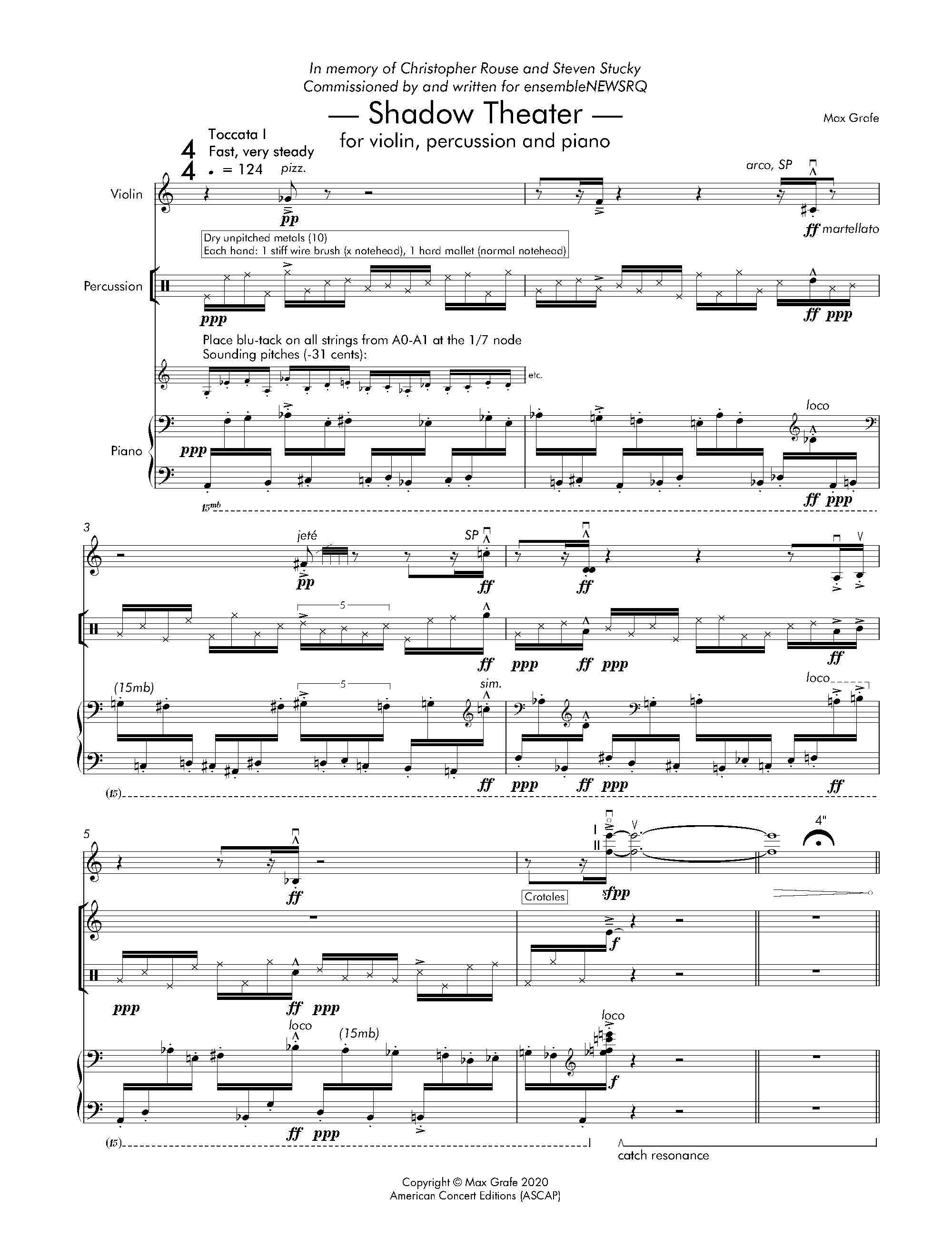 Shadow Theater is an exploration of one of my core artistic beliefs: that music as an art form occupies a dramatic or narrative space on a fundamental level, even more so than a sonic or temporal one. As the title suggests, a plotless play of sorts unfolds over the course of the piece whose only characters are the three instrumentalists, sometimes in intricate dialogue with each other, sometimes left to expound on their thoughts alone. The music itself provides the only narrative structure that this pseudo-play has, but in combination with the movements of the musicians—all performing on some of the most visually dynamic instruments in the western tradition—this makes for a dramatic experience just as compelling as a staged theater piece. Shadow Theater is dedicated to the memories of Christopher Rouse and Steven Stucky, who taught me to think of music, above all else, as a way to tell a story.