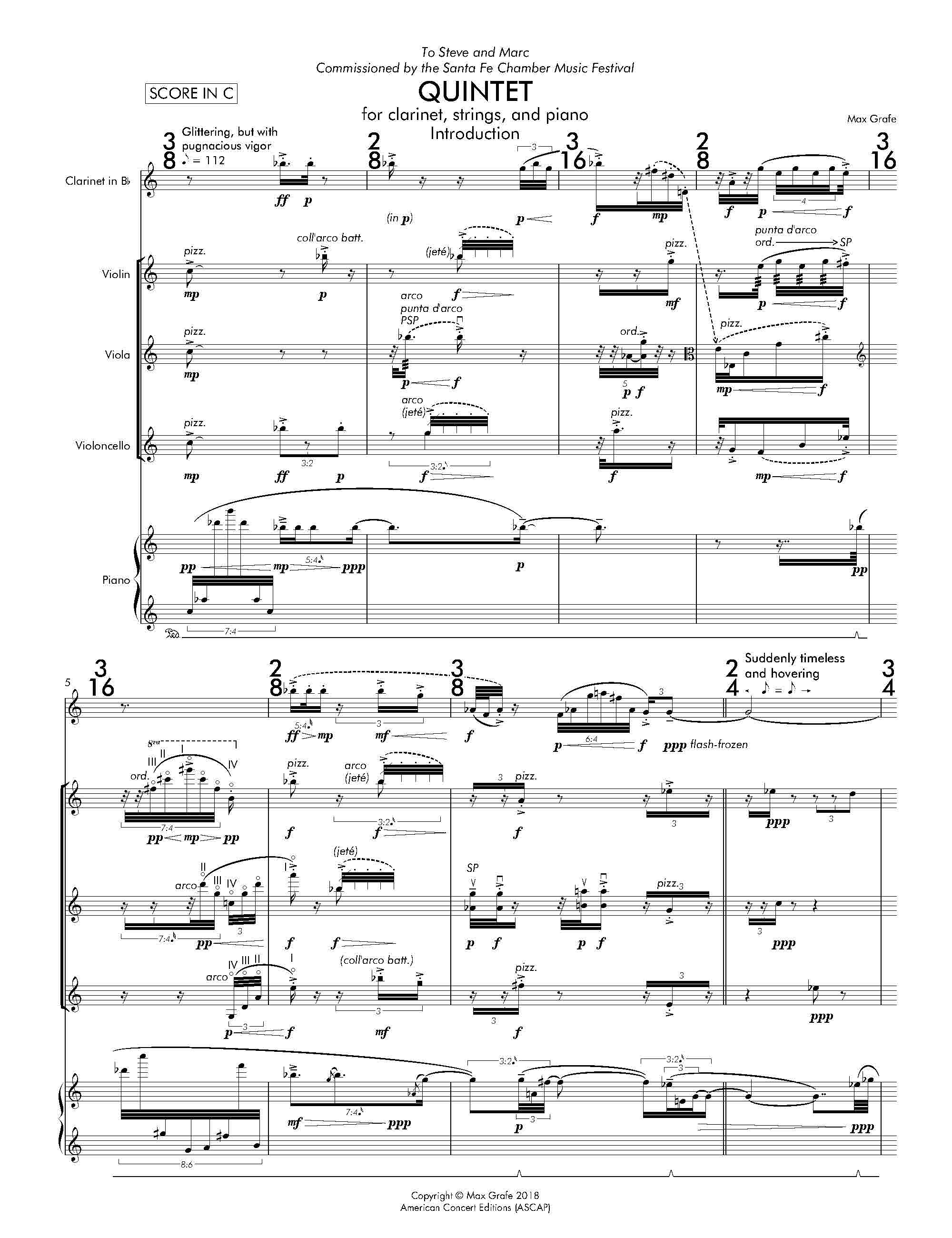 The basic goal I had in mind while writing my Quintet was to provide the listener with a bit of insight into the piece’s inner workings by virtue of the way in which it was organized within the context of a musical rhetoric that was heavily informed by the high modernist aesthetic of the last half century. As a composer whose concept of music is as a primarily dramatic, communal art form, but who feels a deep attachment to the music of such composers as Carter, Boulez, Messiaen, and Ligeti—in other words, composers whose work often exhibits a forbidding, esoteric character despite remaining richly expressive—I felt a growing responsibility to provide a certain level of access to the audiences who would hear my music as I began to engage on an increasingly prominent level with the languages of the aforementioned composers. The Quintet acts as something of a manifesto of this philosophy. After a brief introduction to set the tone, the first part of the work presents the principal ideas through a series of six tightly focused vignettes. These alternate between sections for the entire ensemble and improvisatory episodes featuring the piano, the clarinet, and the strings respectively. The second part of the work, devoted entirely to a single movement, then synthesizes all the material for which the first part served as an exposition. My sincere hope is that the de facto “listening guide” provided by the first half of the work will allow the listener to experience some of the beauty and expressive power of a language that might at first seem abstruse and inaccessible. The Quintet was composed in New York from 2017-2018; I am very grateful to the Santa Fe Chamber Music Festival for helping to make it a reality.