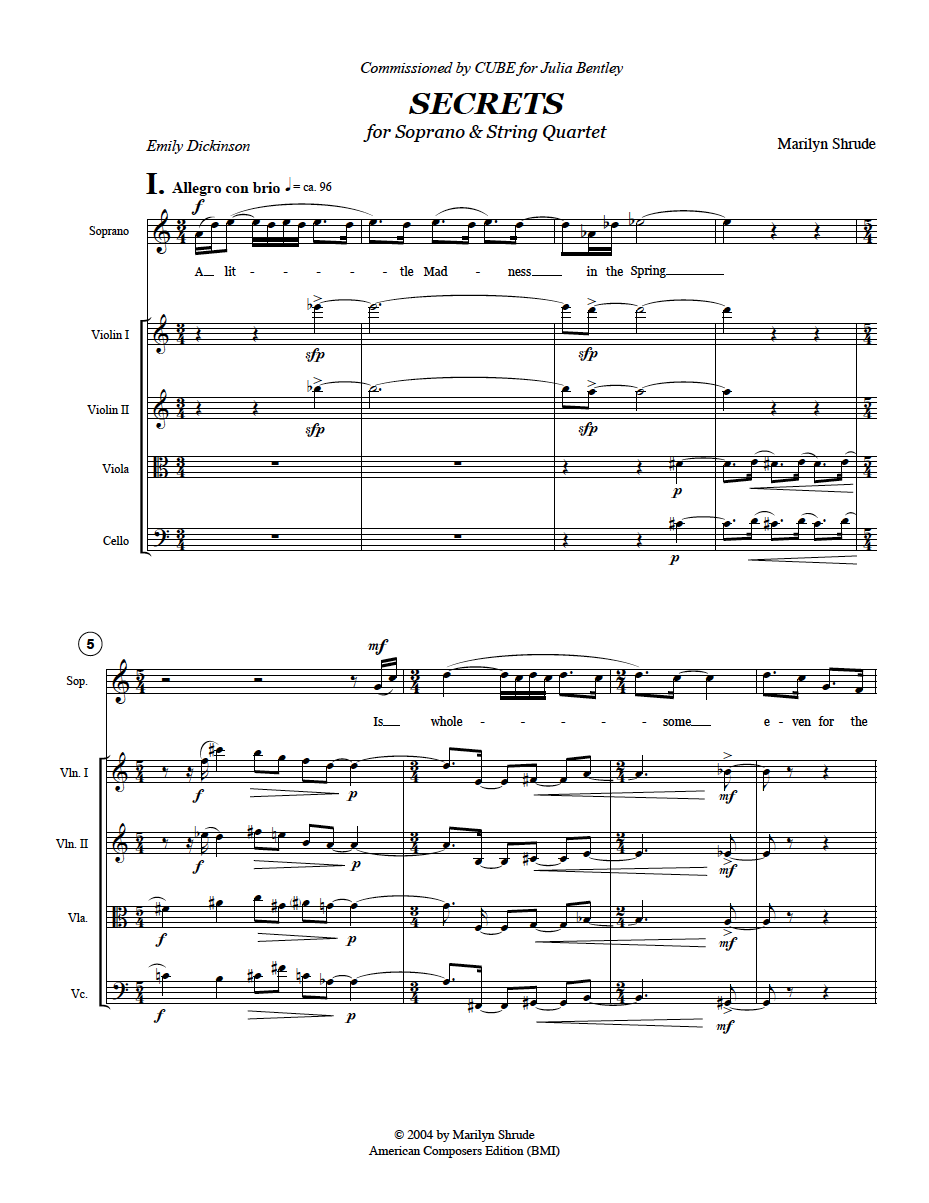 Year Authored (or revised)
Duration (min)
13
Movements
I. A little madness in the Spring/There are two Ripenings/Summer begins to have the look
II. The morns are meeker than they were/The bee is not afraid of me
III. New feet within my garden go/Like Brooms of Steel/These are the days that Reindeer love/Those final Creatures

Secrets  (2004) for soprano and string quartet is a setting of nine early poems of Emily Dickinson. All are associated with the seasons. The work was commissioned by CUBE Contemporary Music Ensemble and was premiered on April 30, 2004 by Julia Bentley and the Azmari String Quartet on the Fourth Annual South Loop Spring Festival of New Music. Secrets was recorded by the Studio for New Music of the Moscow Conservatory and is available on the compact disc BUTTERFLY DANCE: MUSIC BY AMERICANS—Albany Records (2006). Troy 882.