Récit 2 for Violin and Piano 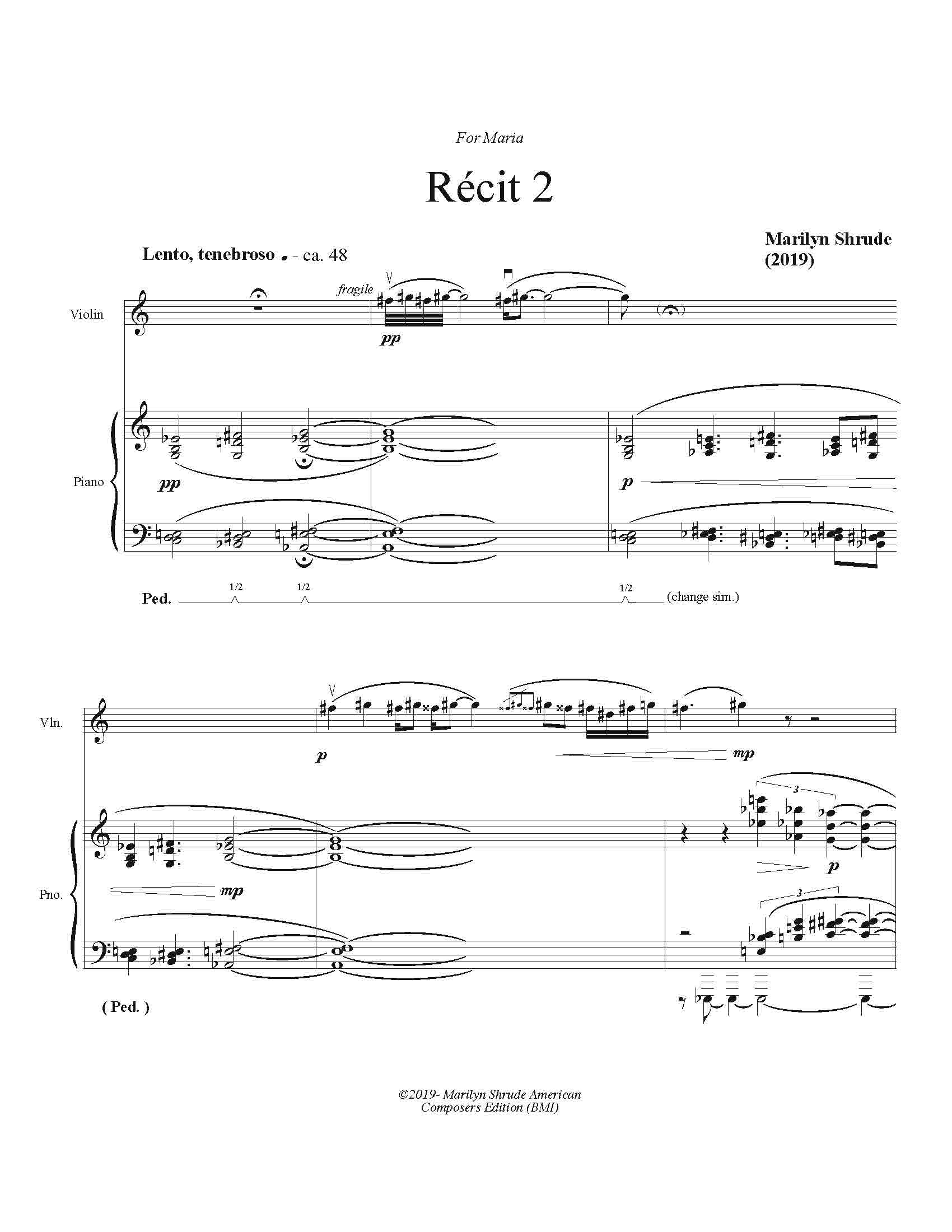 Récit 2 for Violin and Piano

Récit 2 for violin and piano is a version of Récit, a work written in 2005 for flute and piano. As the title implies, the violin unfolds in simple recitative style while the piano augments with full chords and transparent filigree. The piece pays homage to Olivier Messiaen, whose monumental Vingt regards sur l'enfant-Jésus is briefly acknowledged in the closing measures. Récit was part of the “Lullabies for Free Children” initiative organized by Shelley Olson and Joan Yakkey for the Daniel Pearl Foundation’s “Harmony for Humanity” radio series. It was broadcast worldwide during October 2005 and 2006. Récit 2 was written for Maria Sampen, who performed the premiere with Ricardo de la Torre on September 28, 2019, at the Sigma Alpha Iota-Nu Province Day in Kilworth Memorial Chapel of the University of Puget Sound.