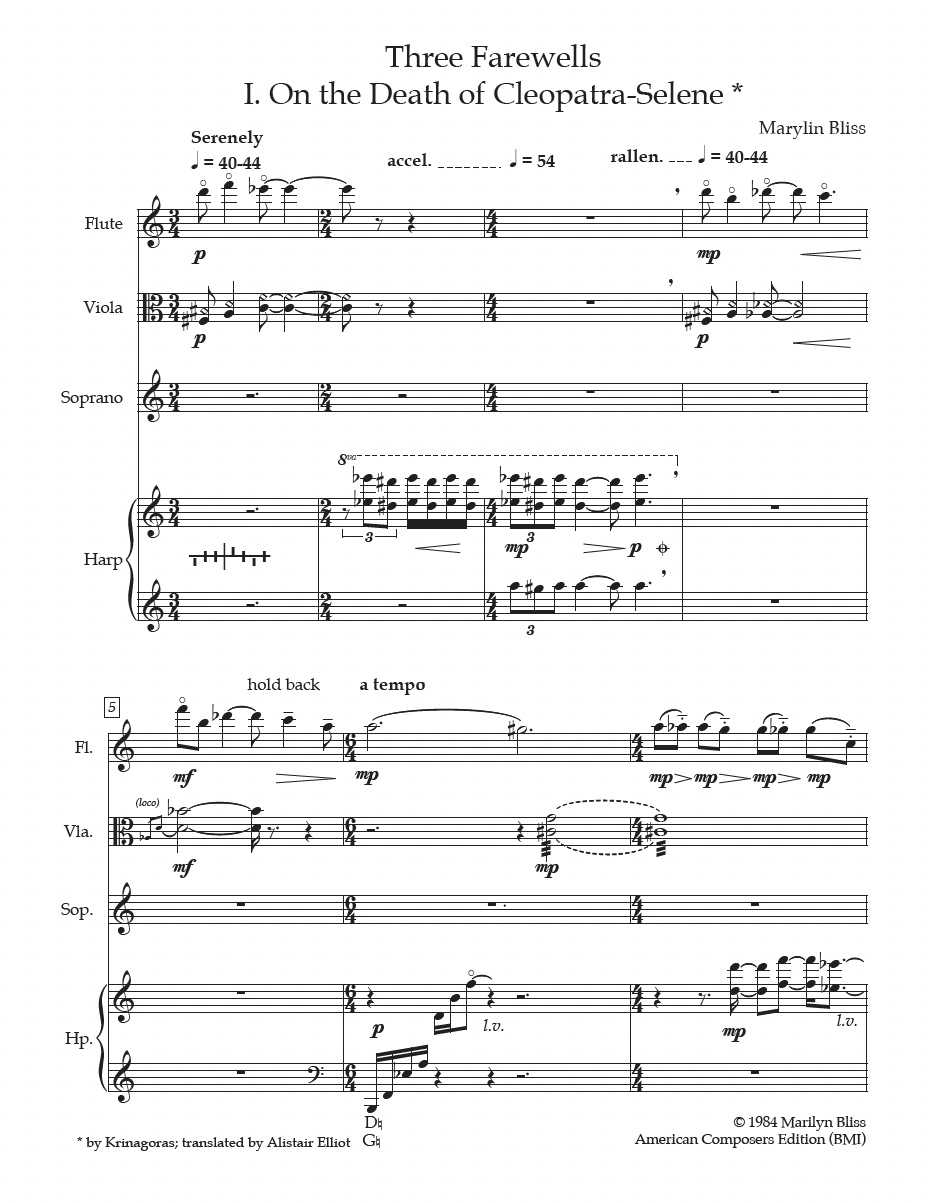 Year Authored (or revised)
Duration (min)
11
Movements
I. On the Death of Cleopatra-Selene
II. Helen of Troy
III. Orpheus

Three Farewells, written in 1984, explores the subject of parting as portrayed in three poems of Greek Antiquity. The first poem, written in Greek epigram form, mourns the death of Queen Cleopatra-Selene. Daughter of Cleopatra and Marc Antony, Cleopatra-Selene was also named after the moon-goddess Selene. It was said that, in tribute at her death, the moon went into an eclipse. The second poem, assembled from fragments, tells of the flight of Helen from Greece and the tragic aftermath of her decision. The third poem, again in epigram form, is a bitter and moving lament on the death of Orpheus. The final lines of this poem shift the emphasis to a broader mourning, that of the utter helplessness of humanity to escape the ultimate destiny of death.