Beneath the Azure Sky 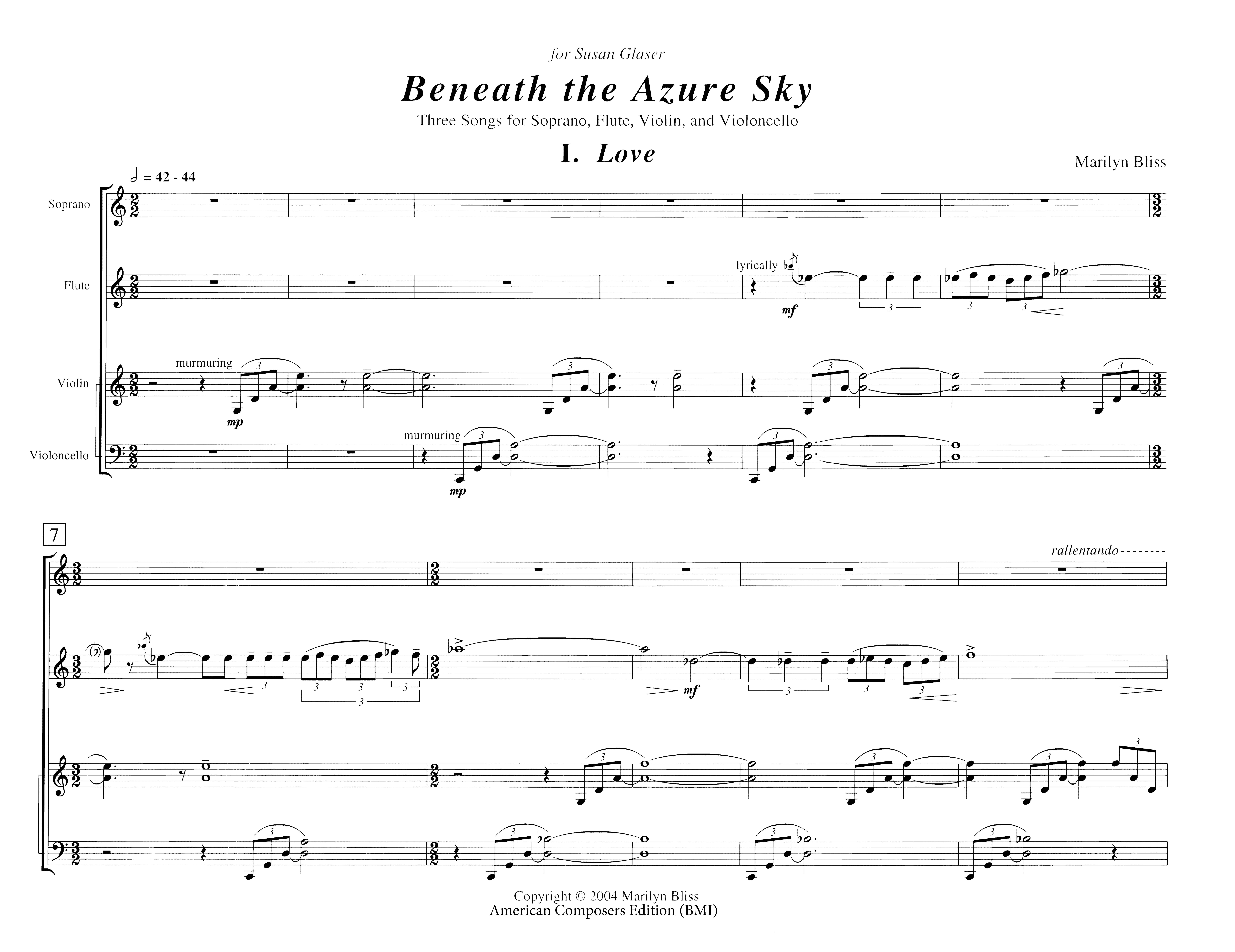 Beneath the Azure Sky

Composed in 2004, "Beneath the Azure Sky" is a setting in three movements of poetry by Afghan women. For many reasons, this poetry is deliberately anonymous and not written down: most Afghan women are illiterate, having been denied education by the society they live in. The poetry is often also startlingly intimate, revealing inner thoughts that would be deadly to express publicly; the poems are often addressed to lovers who would be killed if they were found out.

The form of the poetry is called the landay, a very brief poetic form consisting of two verse lines of nine and thirteen syllables. I have chosen several different landays to knit together a narrative: the first movement is entitled Love, the second Separation, and the third Exile. The poetry became available to us through the courageous efforts of Afghan national poet Sayd Bahodine Majrouh, who surreptitiously collected them in oral interviews in Afghan refugee camps. Founder of the Afghan Information Center after the Soviet invasion of Afghanistan, he was assassinated in Peshawar, Pakistan, in 1988. These poems were translated from Pashtun into French by Majrouh, and from French into English by the distinguished translator Marjolijn de Jager. Although my musical language is not folklike, I have attempted to create in this piece a clarity of expression to allow the words and emotions to communicate freely from performers to audience.