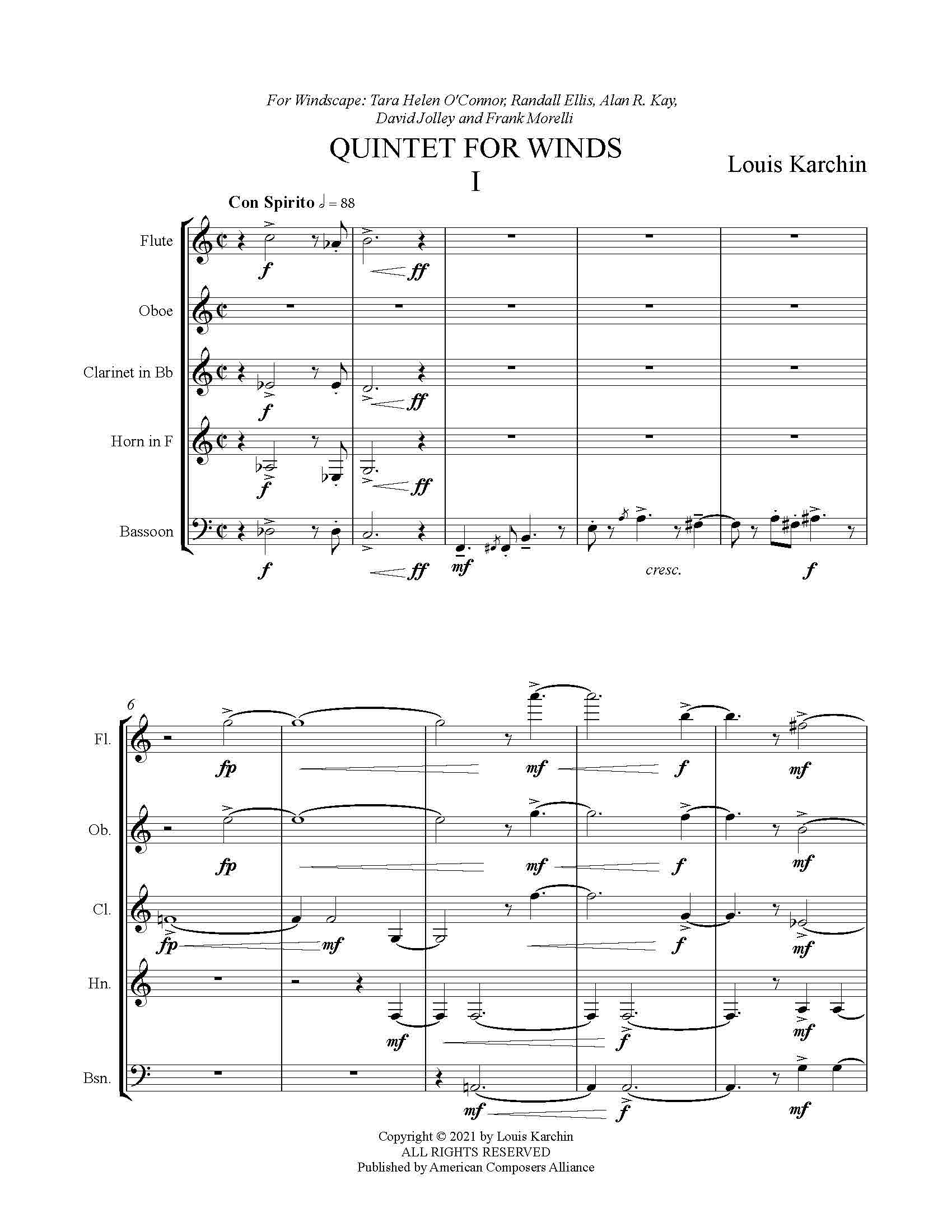 Quintet for Winds was written during the 2020-21 season for Windscape, the virtuoso faculty woodwind quintet of the Manhattan School of Music. Cast in four movements, it adapts some traditional chamber music forms, but seeks a modern harmonic sensibility as well. I strove, in the first movement, for an ebullient sound, a quality I have always associated with this particular instrumental combination, and the bright flavor influenced the shaping of motivic gestures and phrasing. The second movement, nonetheless, balances the upbeat mood of the first with more sober lines, sometimes declamatory, often pensive. The longer phrases of the opening give way to shorter, more angular outbursts sometimes incorporating clarinet multiphonics (chords) to expand the timbral palette. This movement, the most abstract of the four, is followed by the most direct: a light Scherzo, cast in a traditional A-B-A mold, with sections clearly delineated.
The fourth movement, a rambunctious finale, may be recognized as a sonata-rondo, with a jocular first theme, introduced and then restated periodically in the clarinet part, and a lilting second theme for the full ensemble. There are also brief canons interspersed throughout the movement, and in the coda, there are flashbacks and allusions to the first and second movements.