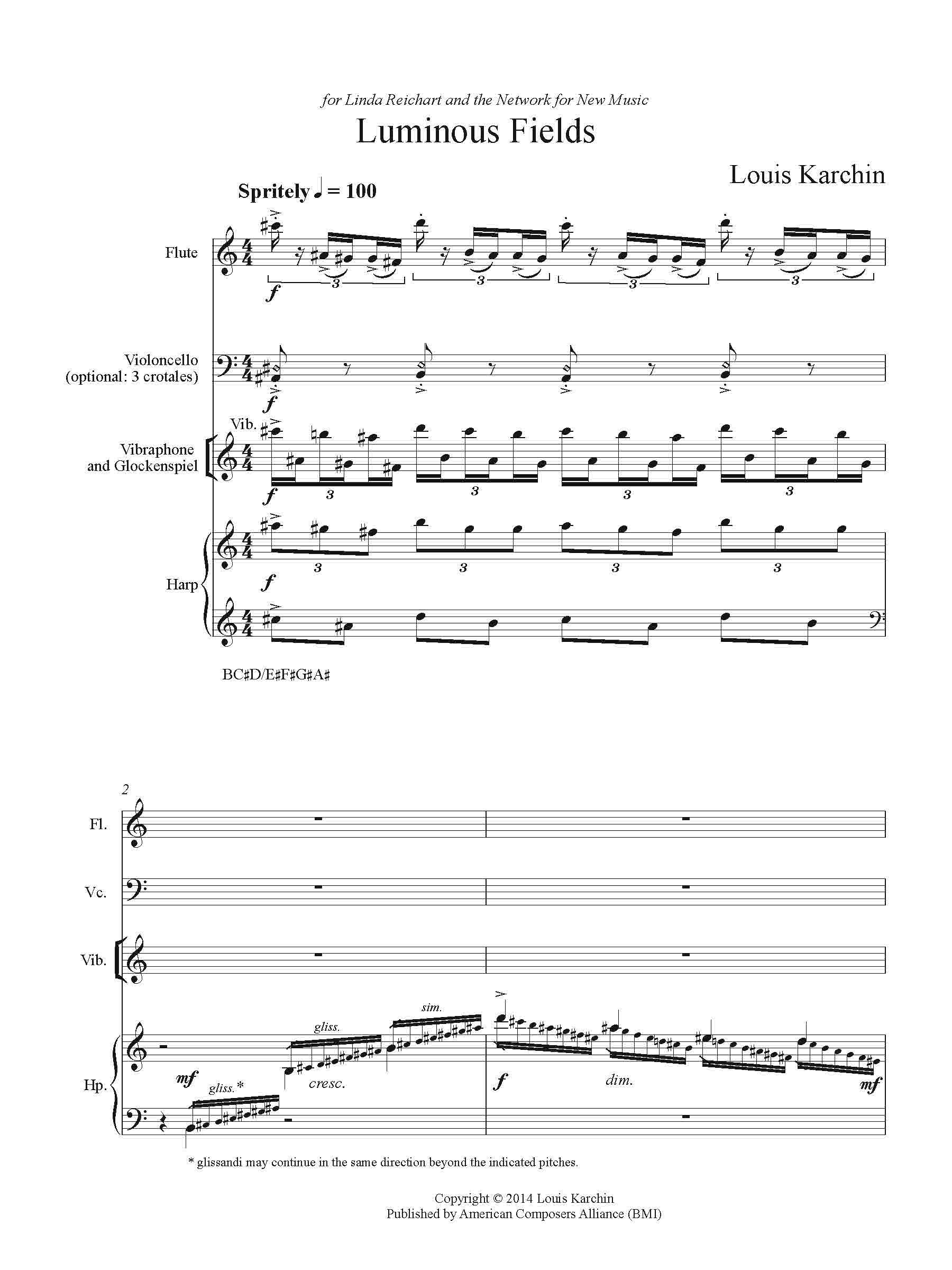 Luminous Fields was commissioned in 2013 by the Network for New Music with funding from the Theodore Presser Foundation. Following the suggestion of Network director Linda Reichert, the work takes as its point of departure the magnificent artwork and spirit of the new Barnes Collection in Center City Philadelphia. Touring the museum in May of 2014, I was struck by the Rousseau works in particular: by their fantastical subject matter, daring thematic juxtapositions, and in particular, by their rich, lustrous colors. This last characteristic influenced the composition’s title, and throughout, I tried to translate some of Rousseau’s dazzling hues into musical terms. The animals roaming through the “luminous fields” suggested the work’s opening motif, and much of the writing flows from that. About two-thirds way through, each instrument has a chance to shine with a short solo, after which they come together for a final romp. The contemplative ending revealed itself to me only gradually; Rousseau’s exuberance seemed of a controlled, graceful sort, and it seemed natural for the piece to reflect this as well.