HYMNS FROM THE DARK 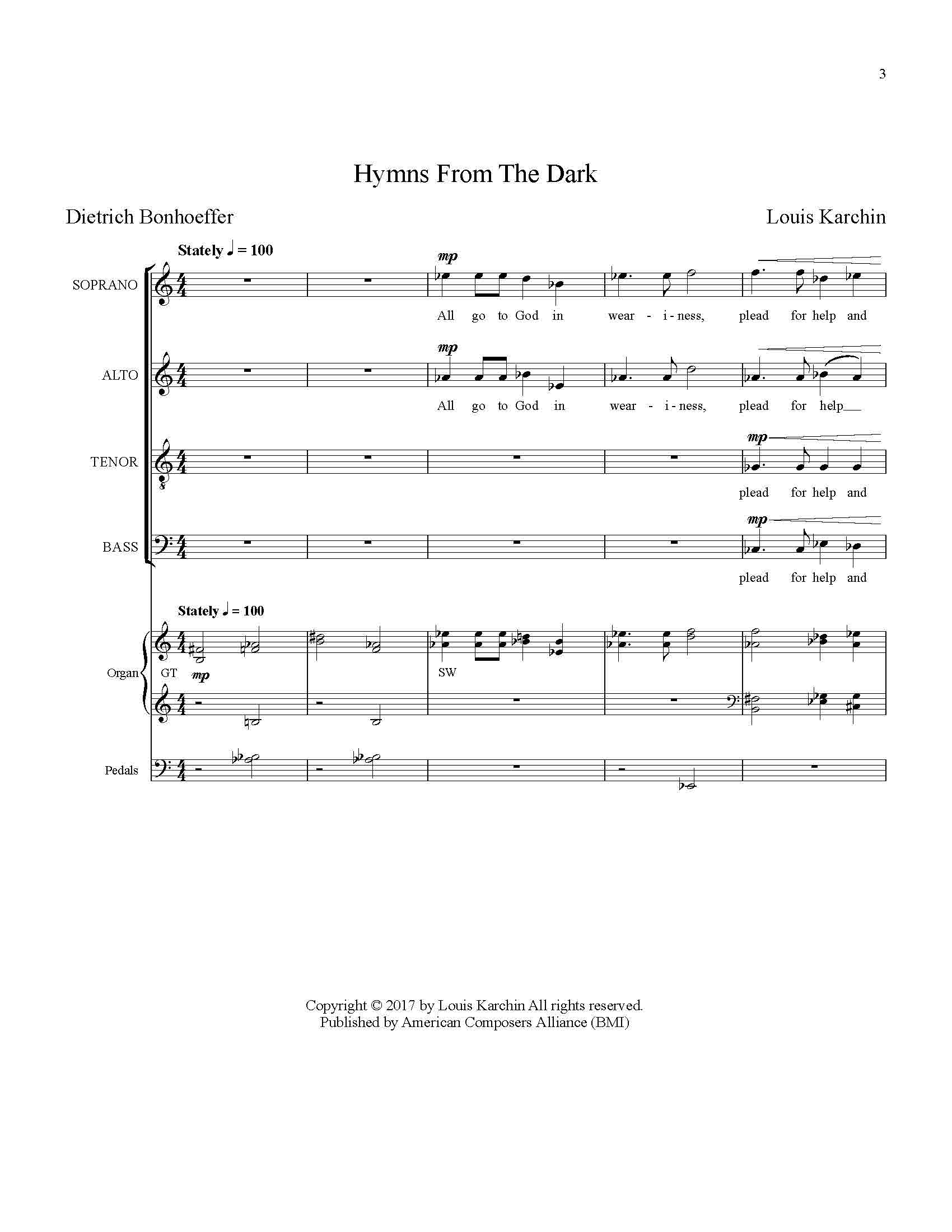 HYMNS FROM THE DARK

Hymns from the Dark was commissioned in 2017 by the Ugo and Olga Levi Foundation of Venice, Italy, in collaboration with the Conservatorio di Musica Benedetto Marcello di Venezia (Venice Conservatory). It was composed for a celebration and symposium in Venice, on Oct. 31, 2017, marking the 500 th anniversary of the posting of the Edicts of Luther. Since the Edicts were written to protest objectionable practices within the Church of Luther’s time, I decided, for texts, to turn to poems of one who had preached against evil in more recent times, the Lutheran minister, Dietrich Bonhoeffer. While living and working in Germany during the years of Nazi rule, Bonhoeffer spoke out against the party’s beliefs, and was imprisoned for his views and executed shortly before the end of World War II. While awaiting what he knew would be certain death, he wrote a series of poems; these were later collected and published.

Both poems that I chose to set speak of God as a comforting presence, but the idea is expressed differently in each text. In composing the first setting, I thought to highlight the feelings of restlessness and anxiety implicit in the poem: God, too, is suffering alongside mortals. A bridge passage follows this hymn without a break into the second setting, which is a more direct assertion of the triumph of the spirit. There are somber moments here too: a stanza confronting the reality of death (set with overlapping contrapuntal lines), and a brief soprano solo invoking the awe of God’s presence.