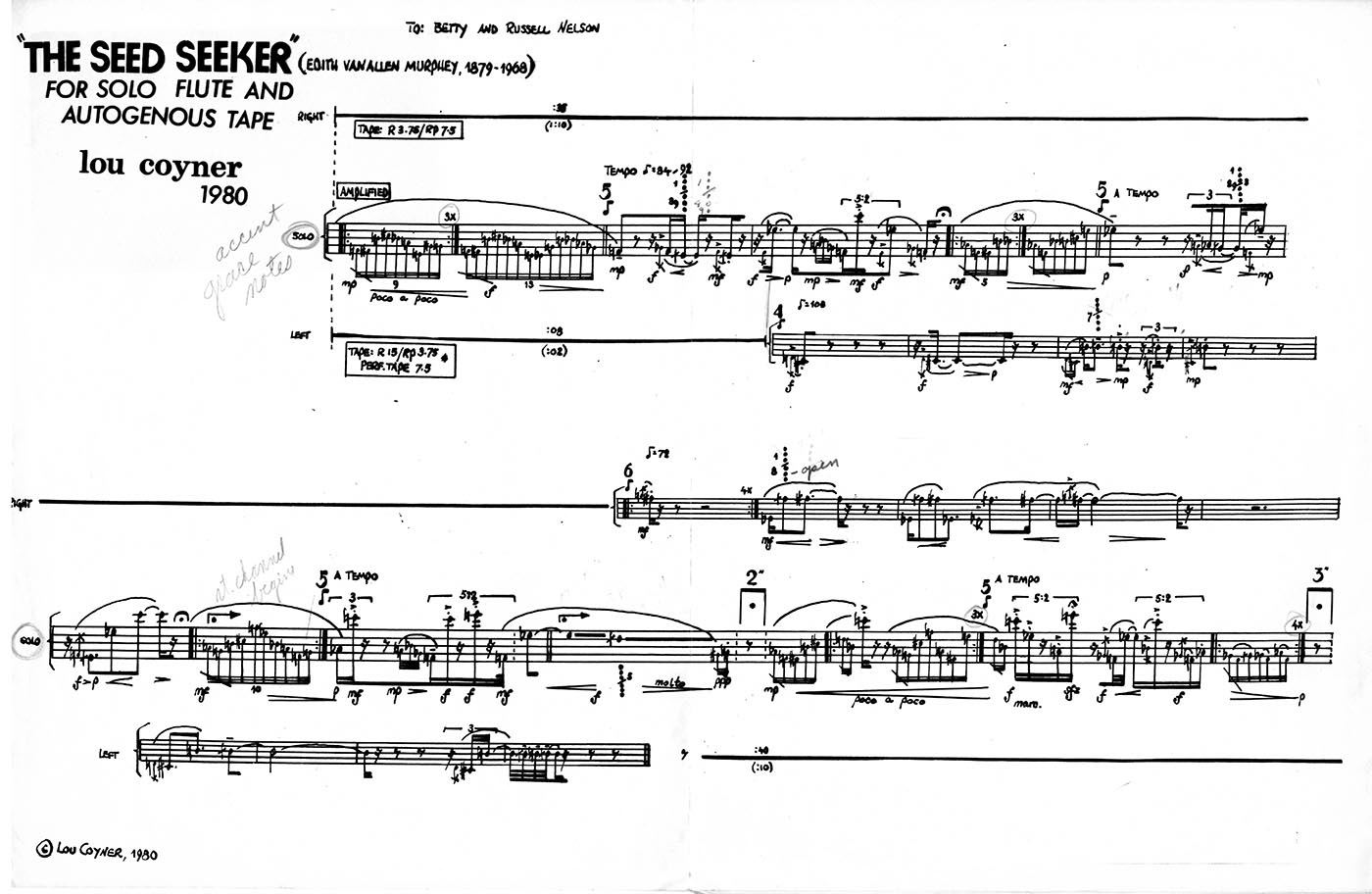 The music for Seed Seeker has three parts: the live solo flute part and two parts recorded on tape. The tape is "autogenous" or self-made because all the sounds on it are produced by the flute. One line of music was recorded at a slow speed (3. 75 ips) so the pitch was raised when it was played back at normal speed (7.5 ips). The other line was recorded at 15 ips, re-recorded at 3.75 ips, and finally played at 7.5 ips, causing it to sound two octaves lower. The finished tape combines with the live flute part.

Two versions: first composed for an Associated Artists of Pittsburgh exhibition in 1979, "Collaborations." The music was presented with a drawing by Pittsburgh artist Teresa Dallapiccola Wood, and music was performed by Susan Nelson.  The flute and tape parts are notated separately. Second version, performed at a senior recital at Chatham College on April 18, 1980. It is dedicated to the parents of the flutist, Russell and Betty Nelson. In this version, the flute and tape parts are notated together.

The title of this work, "Seed seeker" was a name given to  Edith Van Allen Murphey (1879-1968). She was a self-trained botanist who spent much of her life collecting and identifying plants in America's western states. She worked closely with many Native Americans, learning plant lore. The Shoshone Indians gave her the title of "seed seeker."