SONATA No. 3 FOR CELLO AND PIANO 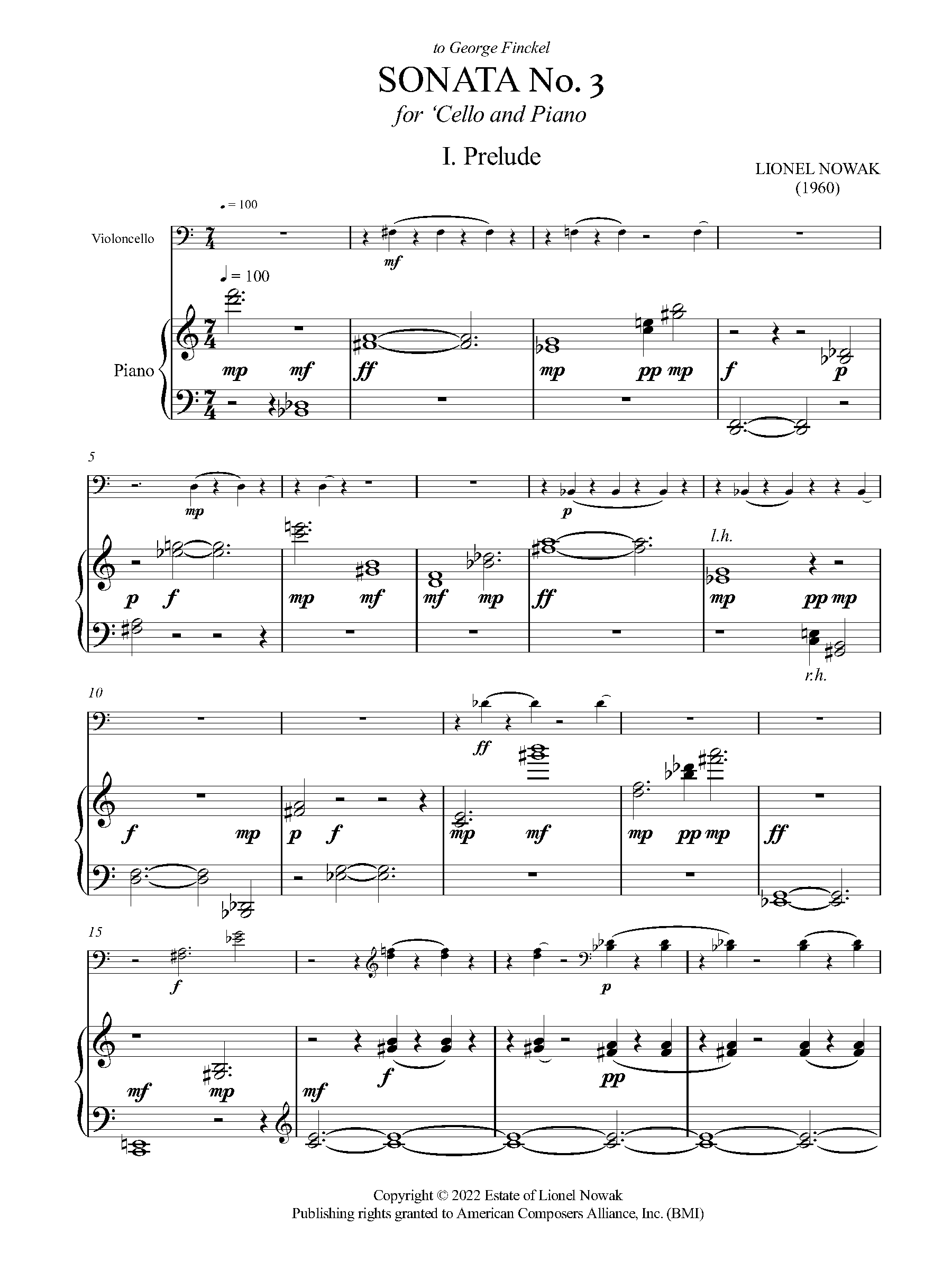 SONATA No. 3 FOR CELLO AND PIANO

Sonata No. 3 (1960) was written for George Finckel and premiered by Mr. Finckel and Mr. Nowak on March 30, 1960 at Bennington College. The composer notes: “The Sonata is largely a study in sonorities. After its completion (early 1960), the composer became aware, too, of certain relationships in it which reflected kinds of motives found in electronic music. A cadenza which appears before the final variation of movement IV is an improvisation by the performer, though qualities of sound and substance were discussed in advance.”