SONATA No. 1 - First Sonata FOR CELLO AND PIANO: 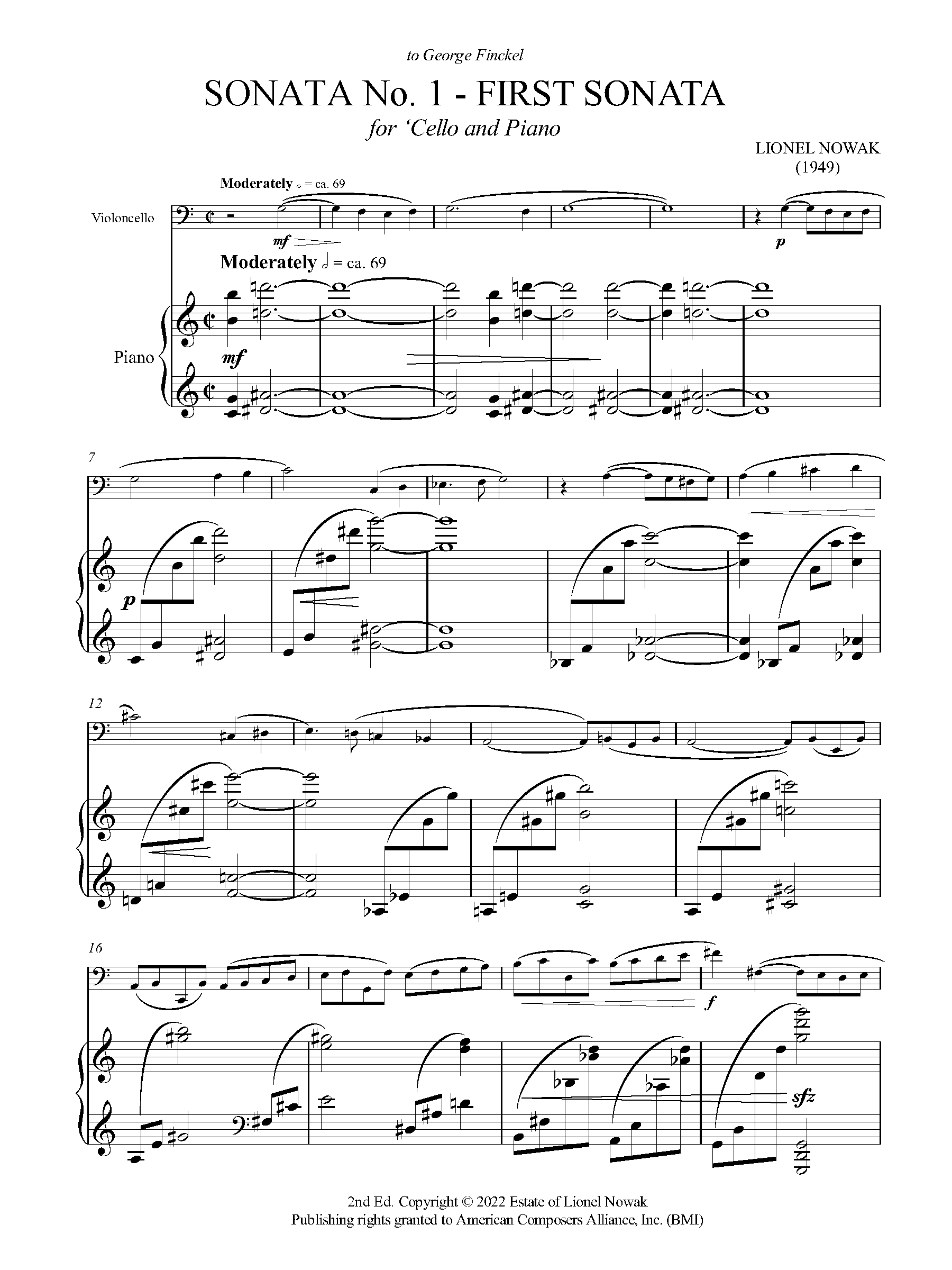 SONATA No. 1 - First Sonata FOR CELLO AND PIANO:

First Sonata for Violoncello and Piano (1949) was written for George Finckel and premiered by Mr. Finckel and Mr. Nowak on October 18, 1949 at Bennington College.

Herbert Elwell wrote in the Cleveland Plain Dealer, November 21, 1949, “This was an important work, one of high adventure in a richly personal idiom, albeit somewhat under the domination of modern cliché and the current trend toward understatement. With underlying simplicity of form, it contains charming fantasy, along with biting and trenchant declamatory zeal. Undoubtedly we shall hear more from this extraordinary talent, whose unusual imaginative gifts are revealed equally in his playing as in his composition.“

And from The New York Times, March 2, 1950, “Mr. Nowak‘s new Sonata is expertly written in a cool, fresh clean-cut style representing the more advanced dissonant tendencies of our day. Its texture is extremely intellectual; there is not a note too few or too many, and the work is without the least trace of sentimentality. Mr. Nowak is one of those fortunate composers who are masters of their medium, rather than mastered by it, and, on first acquaintance, his composition aroused a feeling of great respect.“