FOUR LEMMAS: Sonata No. 4 for Cello and Piano 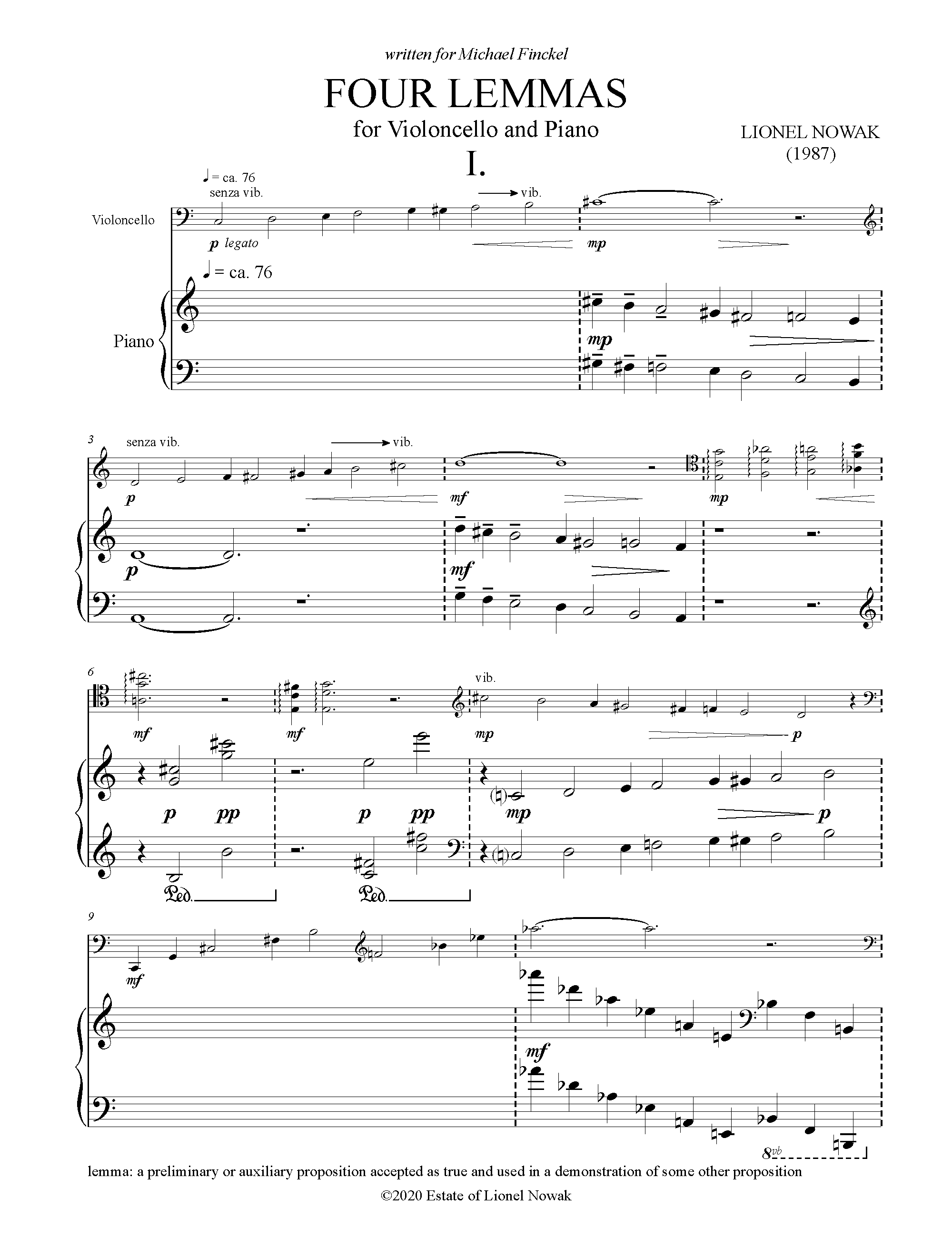 FOUR LEMMAS: Sonata No. 4 for Cello and Piano

Four Lemmas (1987) was written for Michael Finckel and premiered on November 15, 1987 by Michael Finckel and Andrew Willis, at Merkin Concert Hall in New York City. In an isolated journal entry, the composer wrote, “One piece will be quite spare and concentrate on thematic material of one invented rising scale, a rising arpeggio built on alternating thirds, and one on alternating fourths, perfect and altered.”