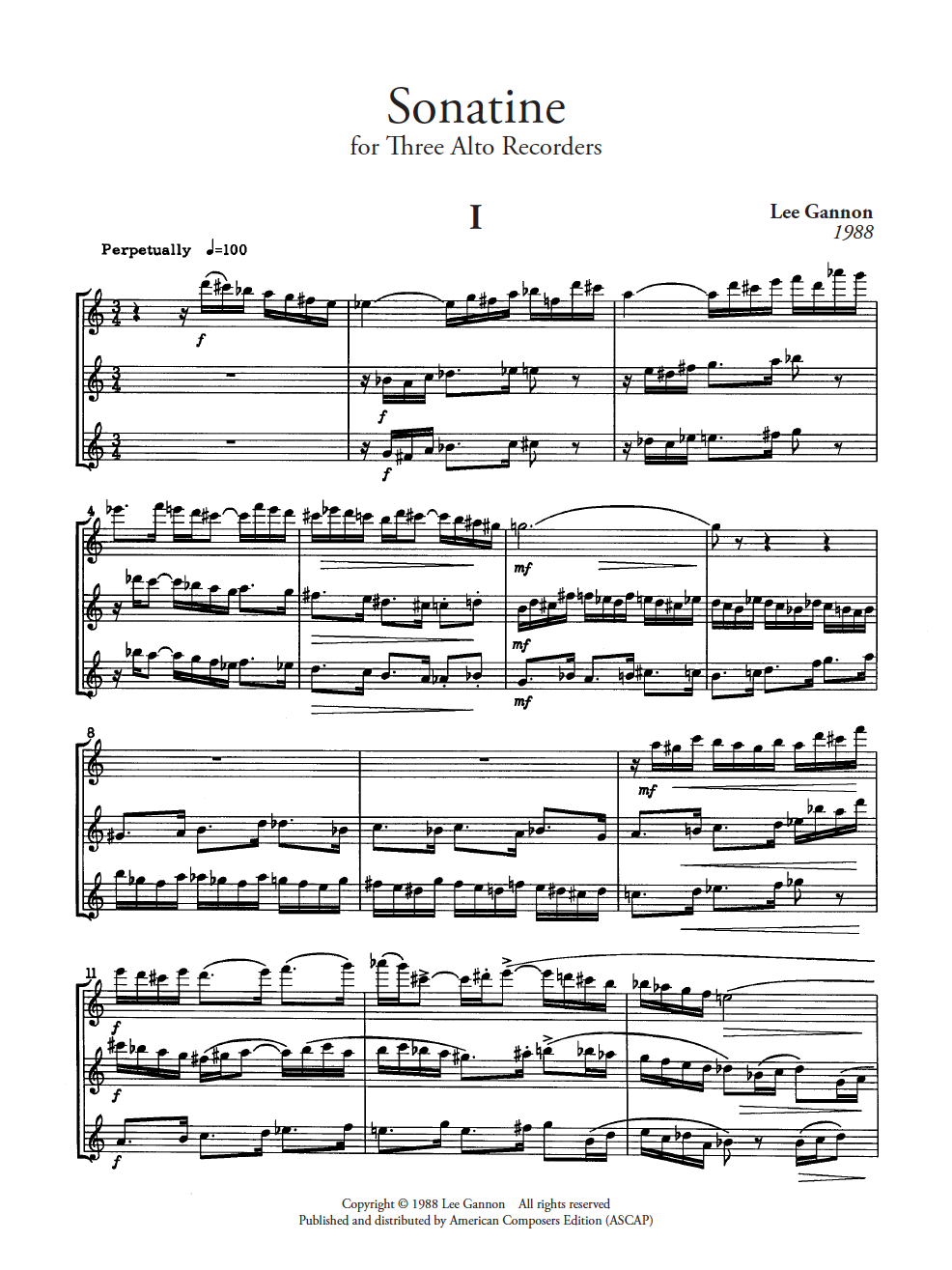 Lee Gannon’s ties to the New York-based American Recorder Society were solidified in 1989 when the Society awarded the prestigious Erich Katz Prize to Gannon’s Sonatine for three alto recorders. The Sonatine was a product of Gannon’s deep familiarity with the recorder since childhood and his Modern ideas in composition — a pairing that was also to produce, later that same year, the six Etudes for Alto Recorder.

It must be noted that this familiarity of Gannon’s with Modernity - with an understanding of current musical trends, and an intent to preserve and teach them from the perspective of a (deserved) expert - is typical of the composer. Among the dozens of articles concerning Gannon and his works, we turn to Jim Ridley’s portrait of the composer, 1996:

[This] degree of ambition is surprising only if you’ve never called Gannon’s answering machine. For a long time, whenever the machine picked up, callers would receive this message: “You have just reached the number of the most important composer of the 20th century.” Ask Lee Gannon about the message, and the flicker of a smile upon his lips is downright mischievous.

“Well,” Gannon says, cutting his eyes, “one must think positively.”