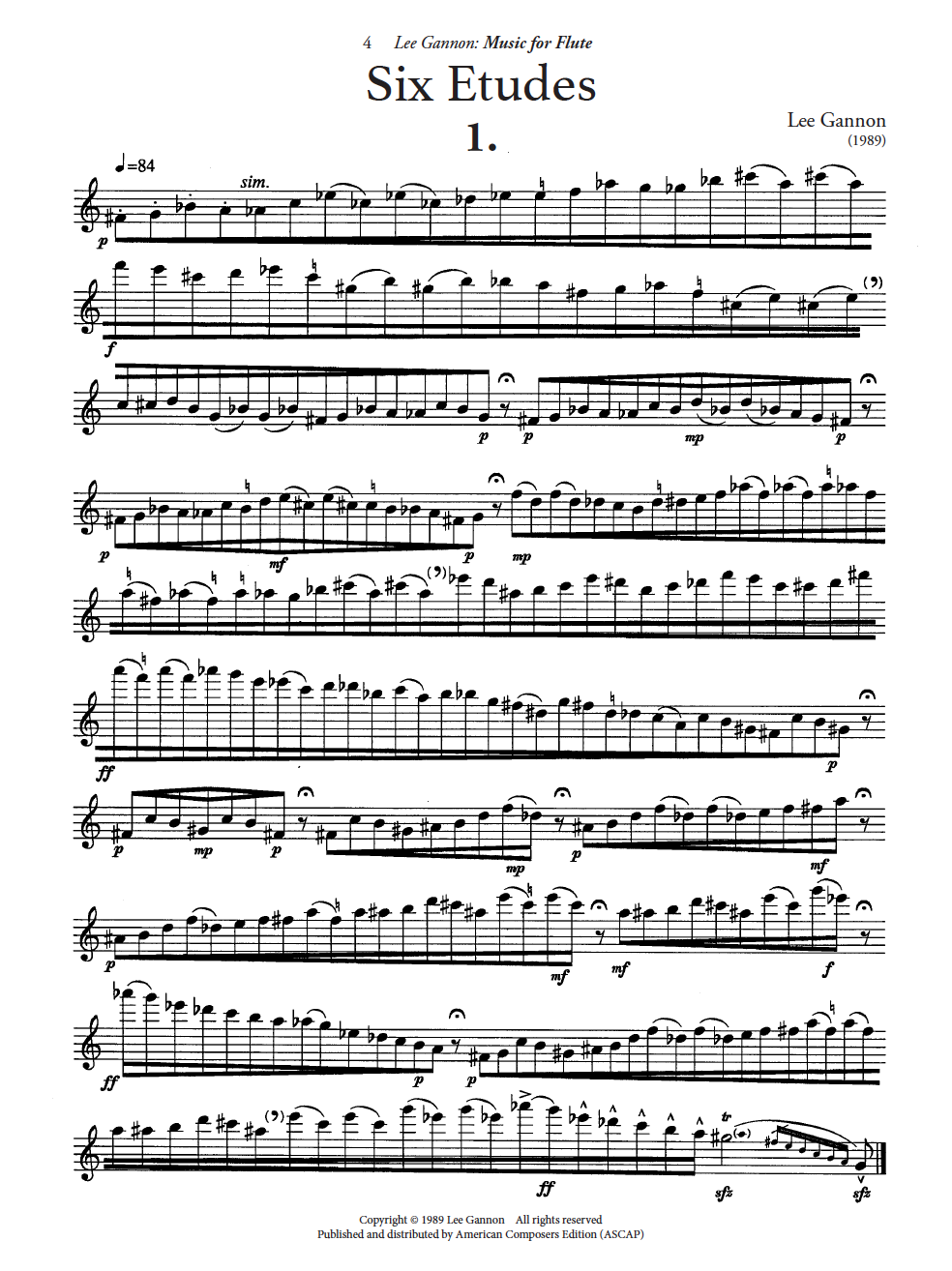 These six etudes serve two functions for advanced flute players. First, they act as technique and embouchure exercises to advance the player’s level — especially as regards the production of notes in the high register, creating smooth slurs across great range, and cleanly producing advanced alternate fingerings and unusual finger movement.

Second, these etudes serve as an introduction to various styles of Modern (mid-twentieth-century American) music while still retaining a number of tonal and melodic ideas from more traditional music. This allows the player to meld their learned ideas on musicality with a more adventurous musical language, thus easing them into the waters of New Music without plunging directly into the deep end. Of particular note are the etudes including spatial and box notation (No. 4 and No. 6), although all of these etudes include various Modern techniques to a greater or lesser extent.

New 2020 edition of 1989 original. Included in the collection of Lee Gannon's Music for Flute.