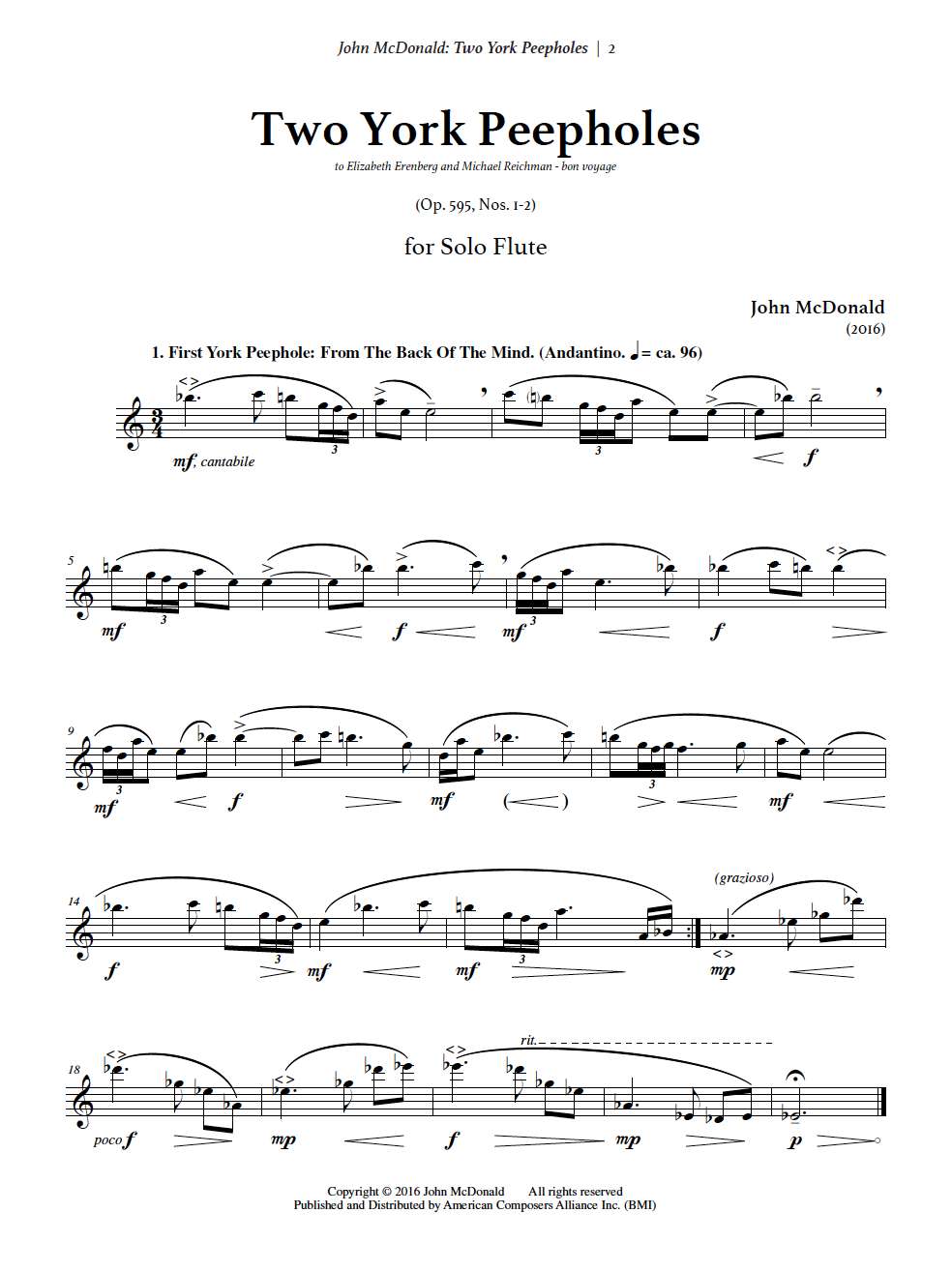 Year Authored (or revised)
Duration (min)
2
Movements
1. From the Back of the Mind
2. Thrumming

Two York Peepholes was written as an admiring farewell gift to flutist Elizabeth Erenberg and conductor Michael Reichman as they embarked on a move from the Boston area to York, Pennsylvania in 2016. As my colleague at Tufts for several years, Elizabeth premiered several new flute works, working collaboratively and insightfully to help me develop them.

My several flute solo miniatures that form a “peepholes series” consider how a “small window” or a minuscule aperture to the outside world can offer a clandestine glimpse of observed details—as if only one secretive eye were open for viewing. In this York pairing, the circular, lyrical, slightly cryptic From the Back of the Mind “thinks” in melodic rotations, while Thrumming briefly explores a period of waiting or uncertainty, as if humming or drumming fingers on a table were potentially perpetual activities.