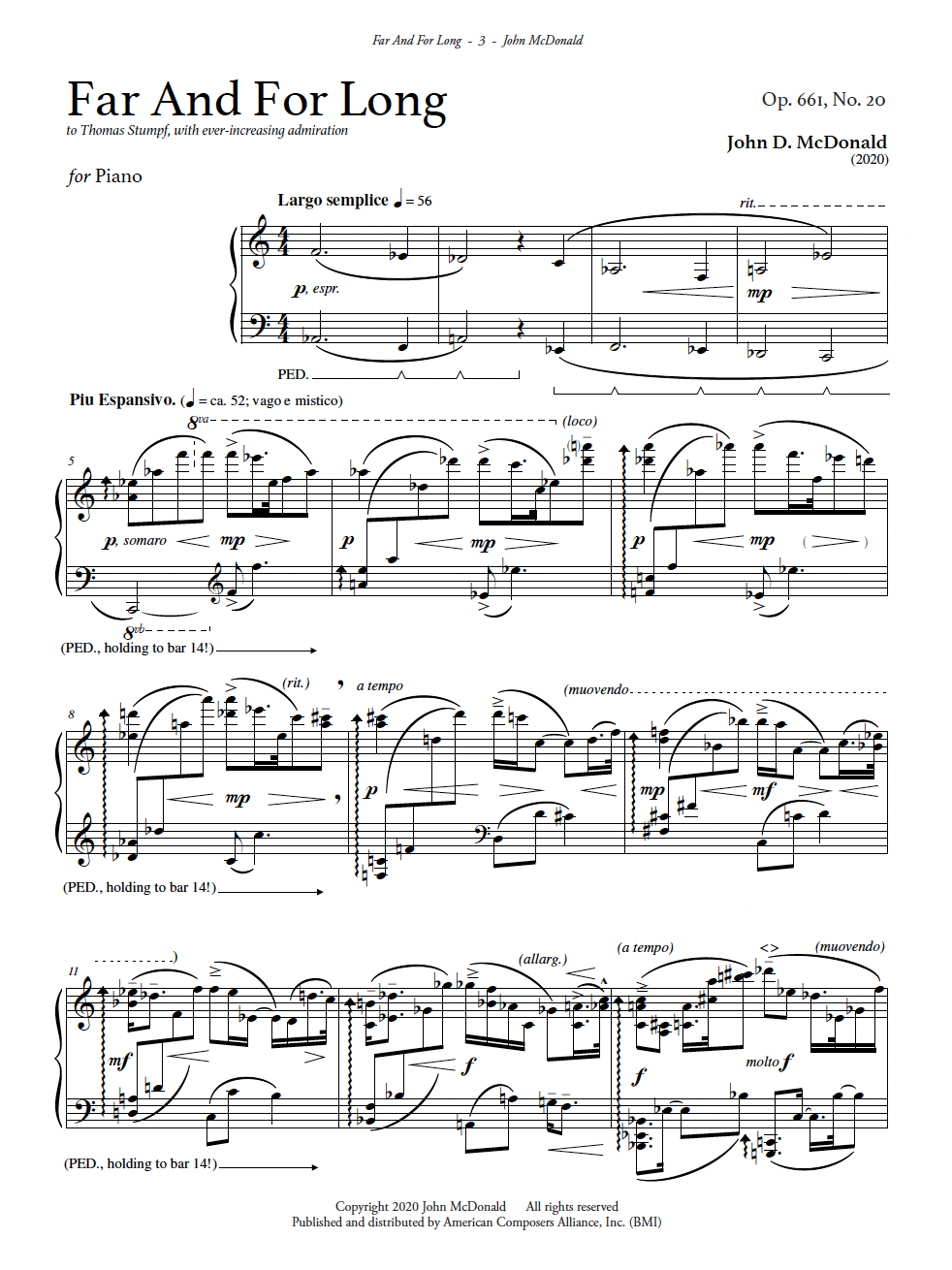 Returning to the stories of Andrey Platonov (1899-1951) while contemplating writing something for the event that became pianist Thomas Stumpf’s 2021 Turbulence, Sorrow, and Solace recital, I found the title for this resulting piece in a passage starting with the third word of the translation of Platonov’s Fro. This brief descriptive phrase tells much about the music that eventually took shape: “…gone far and for long, almost beyond return…”

In Platonov’s story, Fro, or Frosya, despite her telegrams to him, has not seen her husband for so long that she cannot conceive of a time when she would encounter Fyodor again. The piano piece, with a weak heart, conjures the atmosphere surrounding Frosya’s emptiness: “the evening summer [that] lit up nature…as if through a transparent emptiness where there was no air to breathe;” “the locomotive of the express train, distancing itself, sang out its farewell in [central Asian] open space;” “she could not remember such emptied, shining, silent…lightness…”

For us in 2021, Platonov’s descriptions and the music’s responses to them could effortlessly transfer to the story we now inhabit as characters ourselves: “no air to breathe” through masks or protective gear (for fear of infection); “the locomotive” of keeping on keeping on as best we can in an atmosphere of unrest, plunder, and depleted personal energy supplies; and the absence of forms of collaborative music-making and associated interpersonal activities that have fed our appetites for lived experience up until recent events.

Begun in March, much of Far And For Long was written during Summer 2020, and I dedicate it with ever-increasing admiration to Thomas Stumpf.