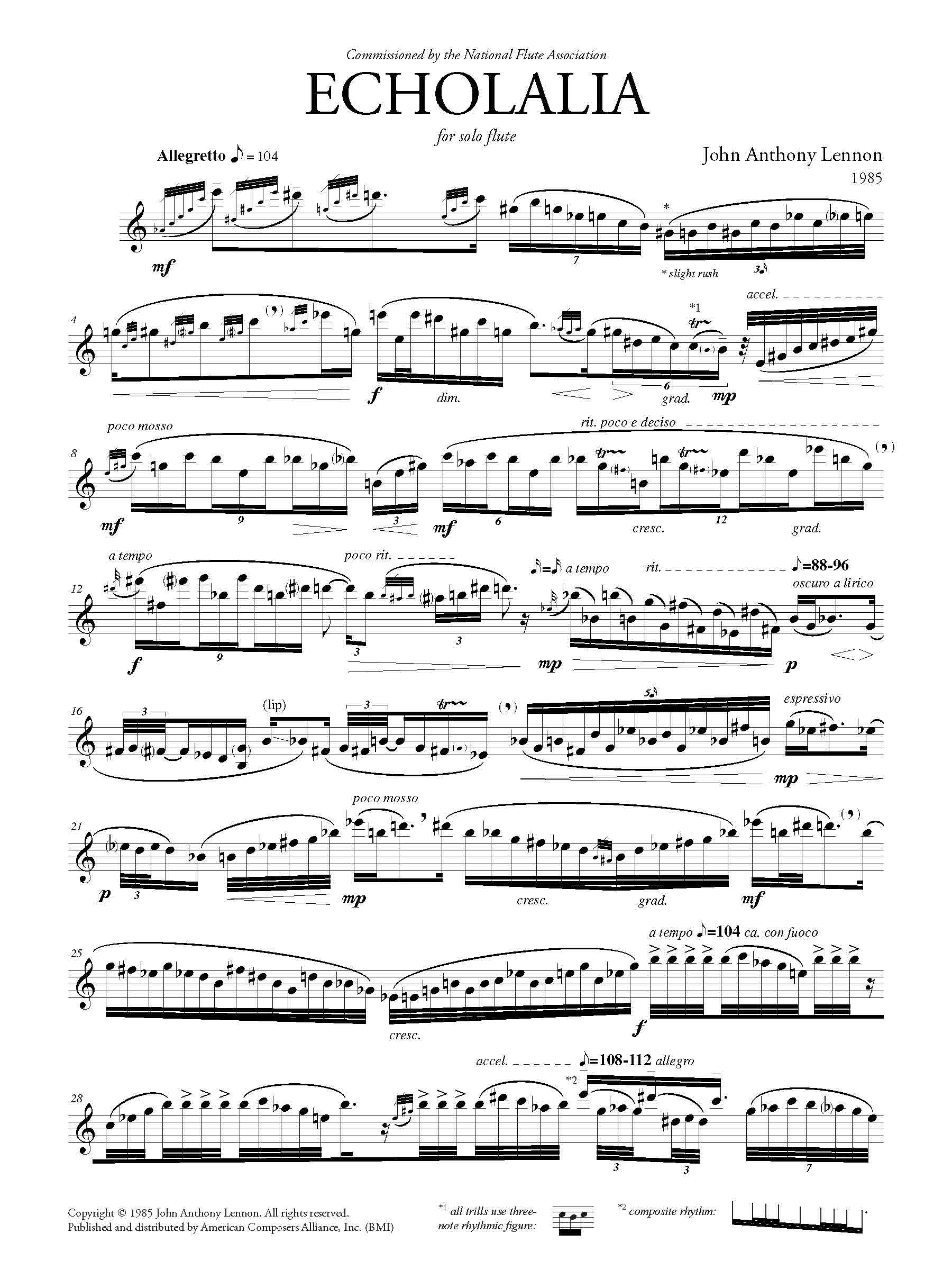 Echolalia was composed in 1986 for a flute performance competition held by the National Flute Association at its conference in New York. With the theme of competition I chose music elements such as melodies with large intervals, rapid register changes, short and long phrases, pitch coloration, flurries and repeated notes and motives. The sometimes obsessive repetitions seemed to invite the piece to be titled after the term for this behavior.

During the competition concert seven gifted flutists performed Echolalia one after another. Each performed the music artfully, and each performed it quite differently. This was a delight to hear.