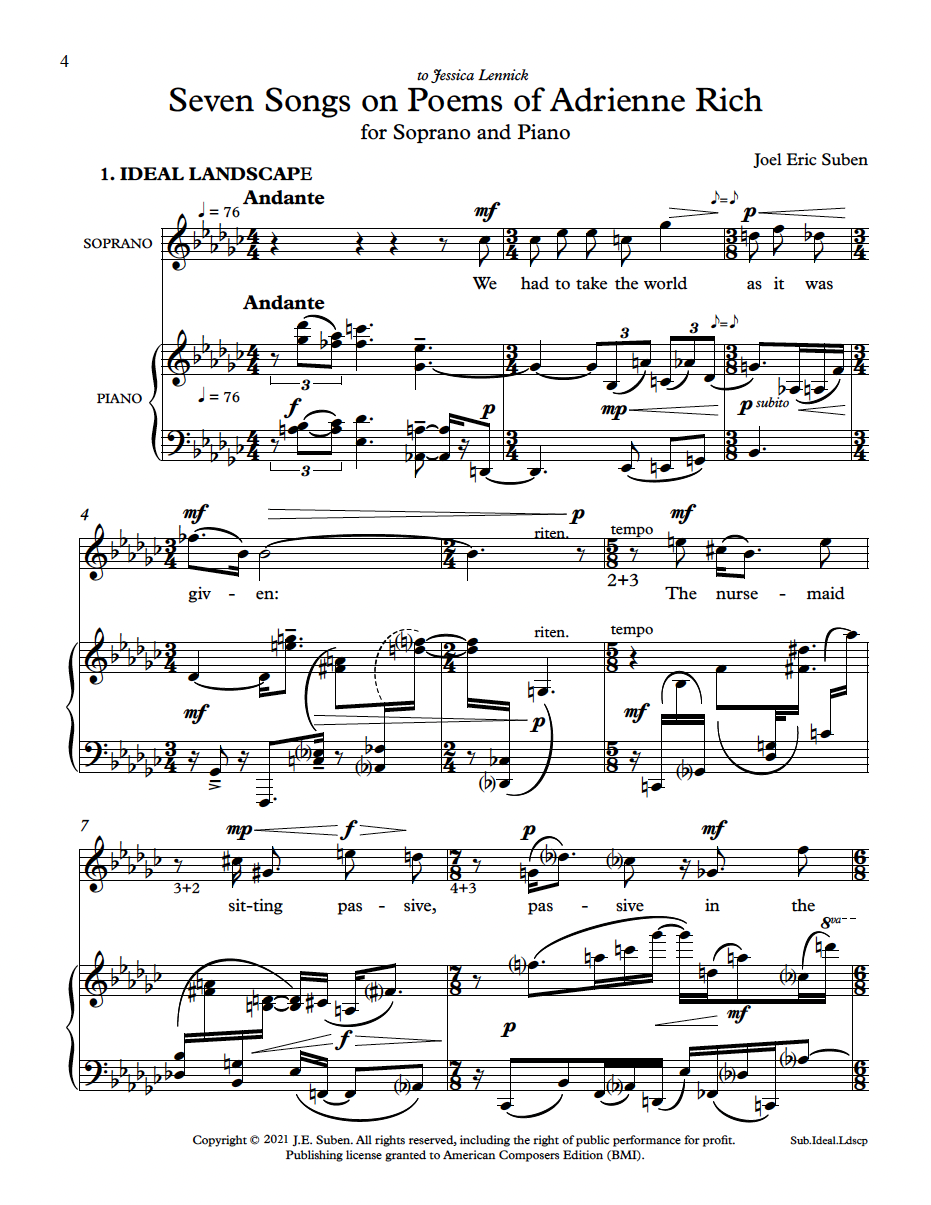 Renowned since the 1970’s as a leading voice against institutionalized oppression based on sexual orientation, gender, race, religion, pecuniary status — indeed, against the systemic inequality of our socio-political structure — Adrienne Rich began her literary career in the late 1940’s, writing a far different kind of poetry — poems that she herself publicly denigrated as she accepted with open reluctance their inclusion in published volumes of her early poems.

My decision to set to music her early work was purely esthetic:  These poems are, in my judgment (and, manifestly, in the opinion of the likes of W. H. Auden at the time of their composition), masterful.  To me, they sing with a compelling lyrical voice.  If Adrienne Rich had not evolved into the poet she became after the 1970’s, these early gems of verse would haunt me nonetheless.