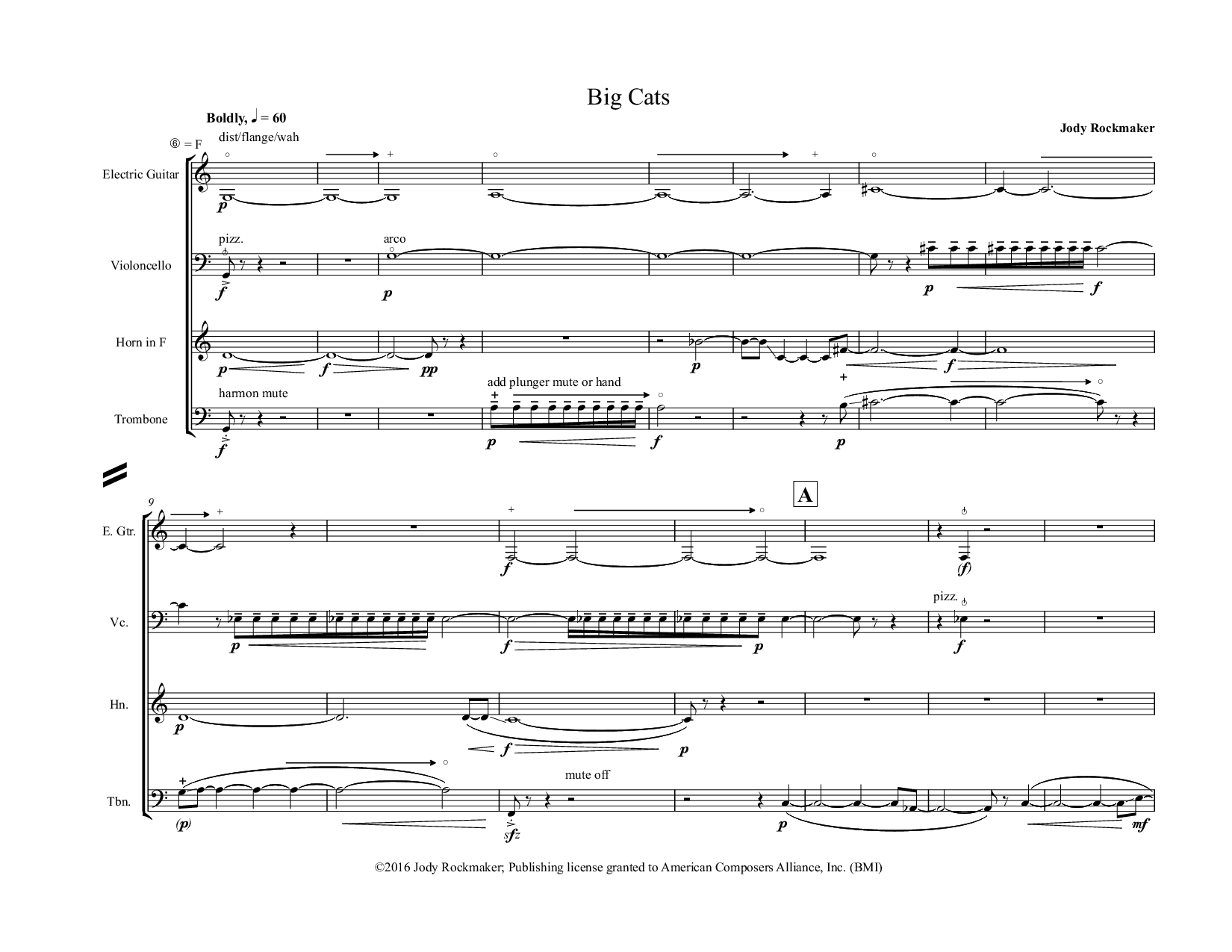 Composer's note:  I must admit, I began this composition with much apprehension. How could I combine these seemingly diverse instruments into a coherent (and hopefully enjoyable) piece of music? I considered each instrument individually and realized that (in my mind) the common trait between all was that they possessed potentially large and powerful sounds, but could also produce a variety of unique and interesting timbres. I started to experiment by mixing and matching the unique effects each produced. Whether inspired by the numerous posts on Facebook, or the two rather large house pets sitting on my desk as I worked, I started to think of the instruments as large, enigmatic creatures interacting and displaying a variety of moods, in turn mysterious, loving, lazy, or wild. Their temperaments could change very suddenly, sometimes getting along or be at odds with each other, at times aggressive, other times playful.