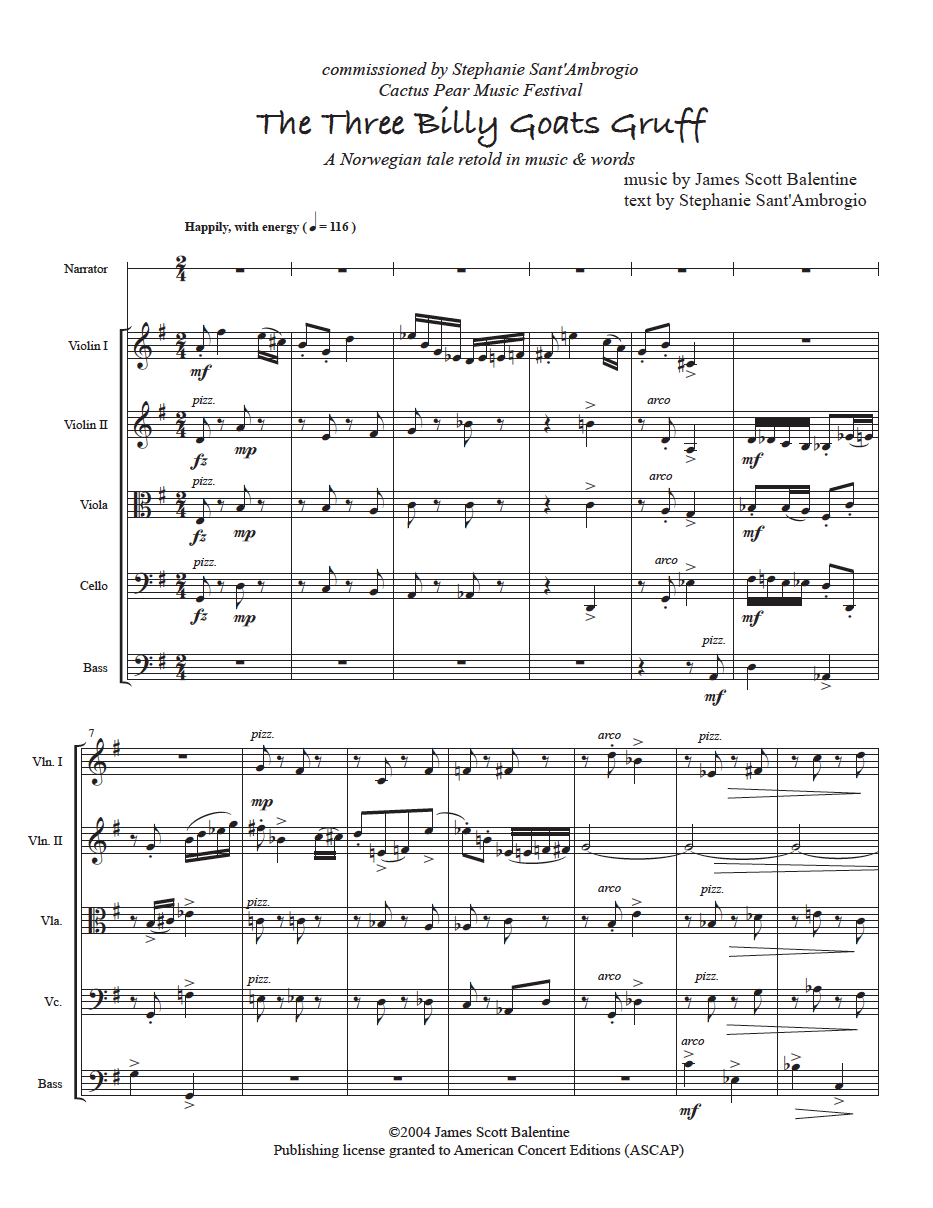 The Three Billy Goats Gruff was commissioned by the Cactus Pear Festival for the Kinder Konzerts Series in San Antonio. It is a mini-drama, a narrative for string quartet, solo bass and narrator. It was first performed at the Empire Theater in San Antonio, Texas, in September of 2003, with baritone Timothy Jones narrating. The ugly, greedy old Troll is portrayed by the solo bass (first performed by bassist Steve Zeserman), who offers a musical dialogue with the clever Billy Goats (played by the Cactus Pear string quartet - Stephanie Sant'Ambrogio, artistic director) as the narrator tells the story.