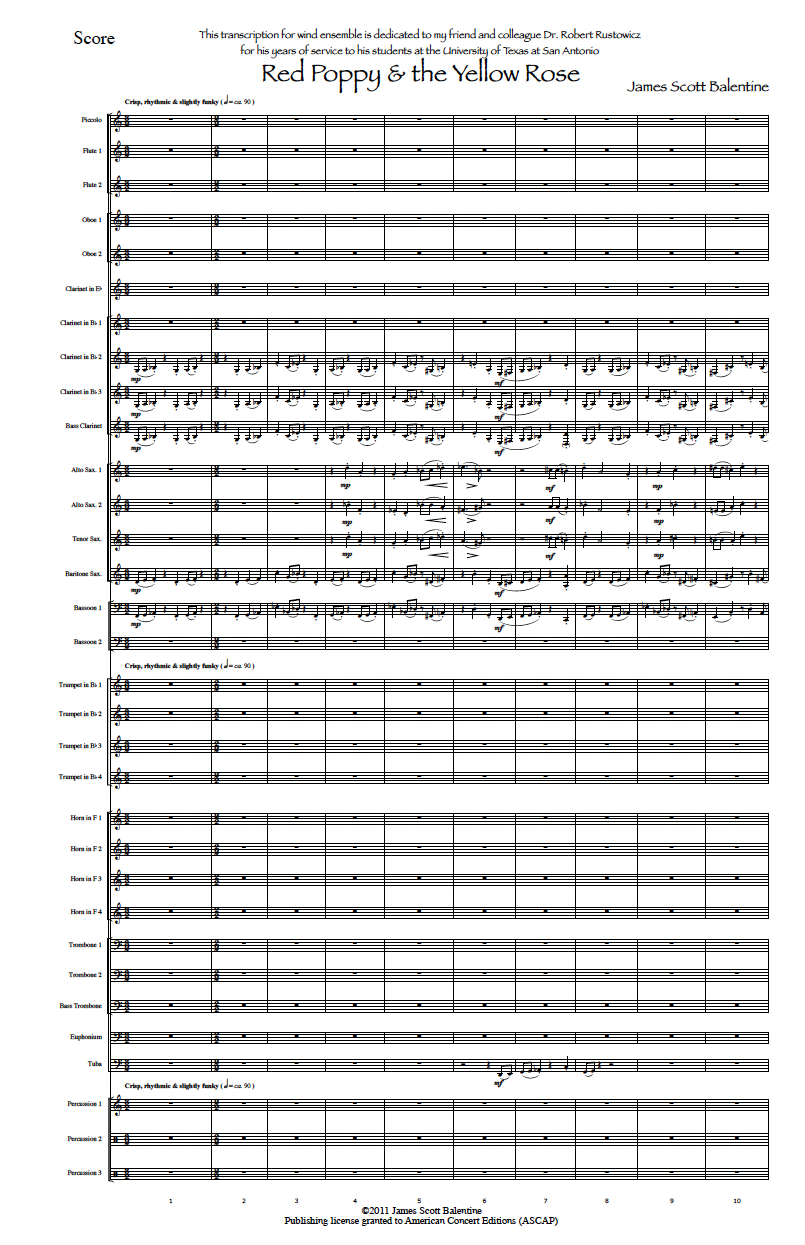 Red Poppy and the Yellow Rose was commissioned by Guido Six, clarinetist and Director of the Conservatory aan Zee and the Claribel Clarinet Ensemble of Ostende, Belgium. This transcription for wind ensemble was written for and is dedicated to Dr. Robert Rustowicz for his friendship and his many years of service as Director of Bands at the University of Texas at San Antonio.

The title is a reference to the national flower of Belgium, the red poppy, and the unofficial symbolic flower of song, the Yellow Rose of Texas. The composition represents the friendship of the Belgian and Texan musicians who first played the piece at a featured performance at the Texas Music Educators Association Convention in 2010.

The work contains many elements of a vague programmatic nature reflecting the history and culture of Belgium, including the visual image of fields of flowers moving gently in the wind, the memory of the many brave men who died in the Battle of Ypres in World War I, and a hint of gypsy folk dancing that is still a part of the vibrant culture of both Belgium and Texas. Most importantly, it is about the common joy of music and love of life that makes us all brothers on this planet.