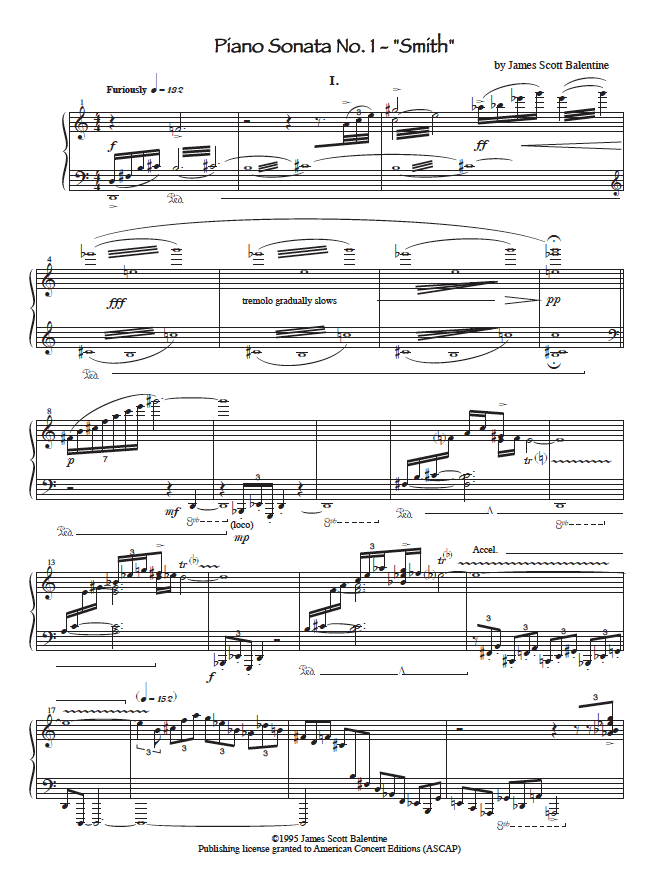 Piano Sonata No. 1 was inspired by several pianists with whom I have had the good fortune to be associated with over my lifetime - Steven H. Smith, Richard Smith, Valeri Grokhovski, JK Hodges, and Winifred Goodwin, to name just a few - and was written over the course of several years between 1983 and 1995. Although the first and third movements are based on a twelve tone row, the piece is essentially a tonal work in the key of B. The middle movement is dedicated to the memory of the composer's sister, Kathryn Lea Balentine Ohnheiser, who perished in a Life Flight helicopter accident in Tyler, Texas, in 1989.

The premiere was performed by pianist Evelyn Luest at the University of Texas at San Antonio New Music Festival in the spring of 1993, and recorded by Steven Herbert Smith on the Piano Entente concert series.