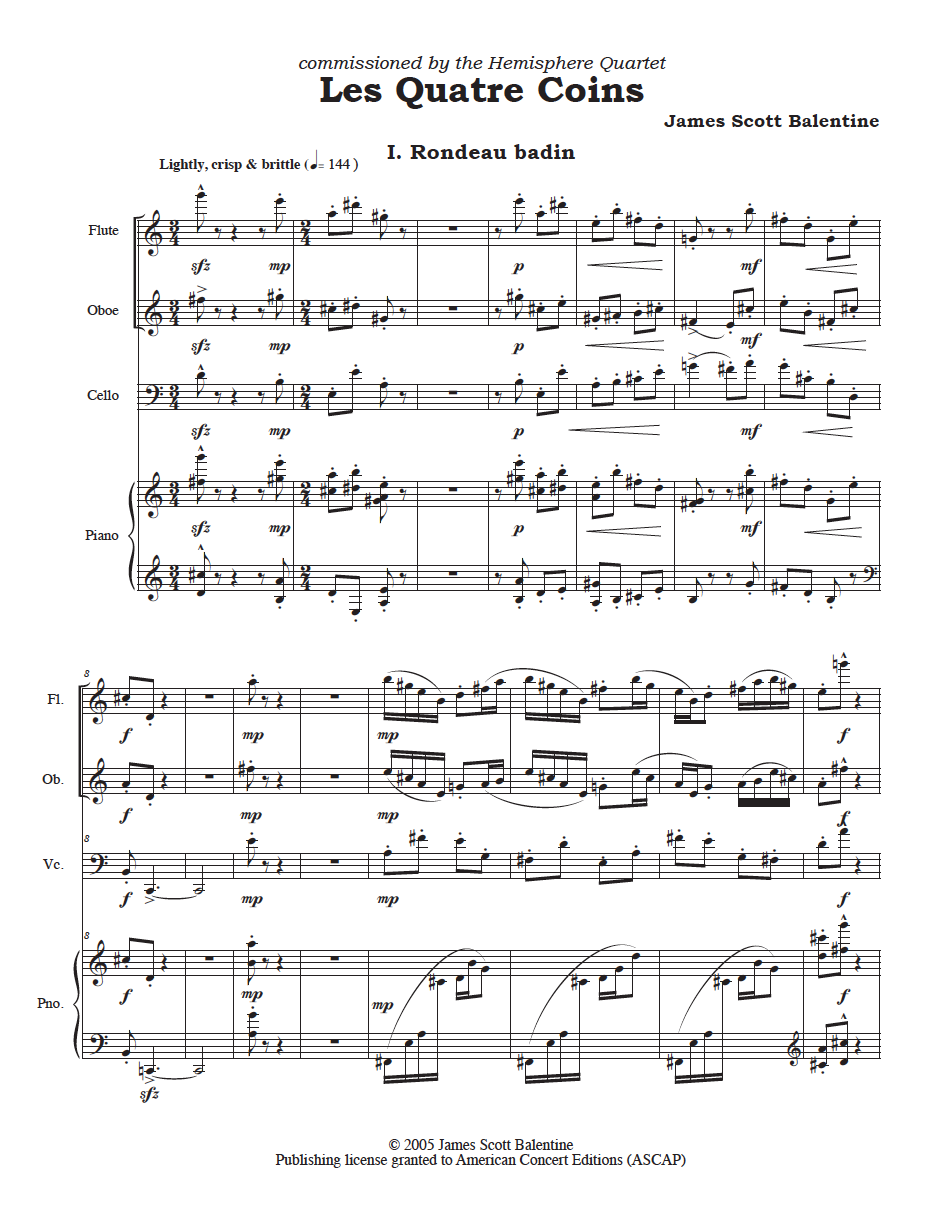 Commissioned by the Hemisphere Quartet, Les Quatre Coins is dedicated to the individual members of that ensemble: Rita Linard, flute; David Herbert, oboe; Judith VanderWeg, cello; and Christine Debus, piano. The premiere took place in a small French village near Bergerac in the summer of 2005.

"Les Quatre Coins" (Four Corners) has multiple meanings: originally titled in reference to the four performers for whom it was written, each of the four movements represents one player's individuality and musical personality. The flavor and playful character of the entire piece is decidedly French, and Les Quatre Coins also refers to a French children's game similar to tag, using the four corners of a room, or a chalk square if outside.