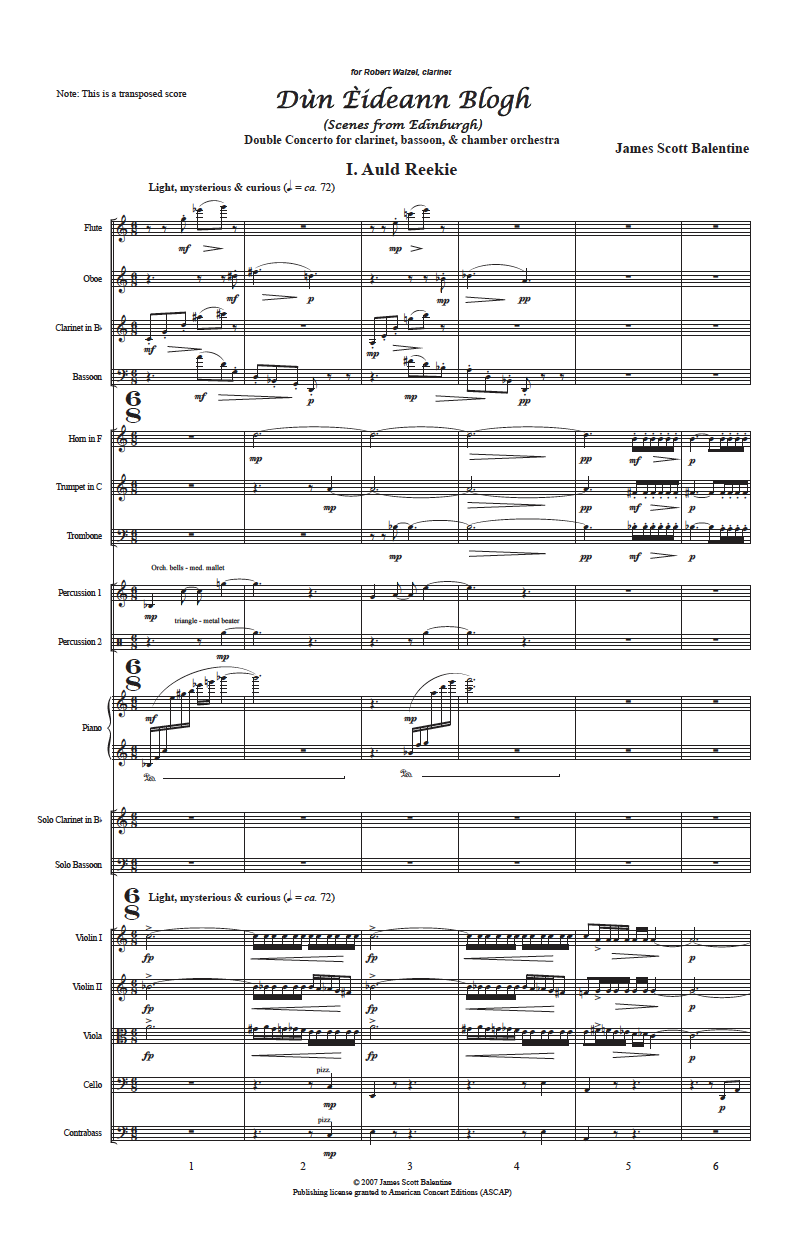 Dùn Èideann Blogh was composed in the fall of 2006, while I was living in Edinburgh, Scotland. Dùn Èideann is the Gaelic name for Edinburgh, and blogh is a gaelic word for anecdote or fragment of a story (amazingly similar to a modern blog, or weblog). These are musical snippets of my impressions of the city and its amazing and intensely interesting people.

Auld Reekie is an affectionate nickname for the city, and means "Old Smokey" in Gaelic, referring to the smell and somewhat unsanitary conditions of the once coal-fired city. The City Centre, the Royal Mile, Holyrood, Princes Street and the many pubs are an eclectic mix of old and new. The music references bits of the flavor of Edinburgh, from the church bells to the Military Tattoo, from the street bagpipers to uninhibited pub singing.

Portobello is a beautiful, quiet suburb of Edinburgh, situated on the Firth of Forth, where I stayed in a small flat at No. 5 Abercorn Terrace while writing this piece. The beach was one block away, where I discovered the pleasure of Scotland's incomparable single malt whiskeys at The Place by the Sea, a friendly pub where dogs and children played in the sand as gulls floated lazily overhead.

Lothian No. 26 is the bus line which ran through Portobello to Waverley Station and beyond, a 15 minute ride on a double decker bus that maneuvered through traffic more skillfully than I would have thought possible had I not experienced it. The ride was an adventure every time, and well worth the two pounds thirty for the day pass.

I shared the time in Scotland with my brother Bruce, who was also working on a project in October of 2006. The conversational interchange between clarinet and bassoon in this piece is based largely on the many discussions about the meaning of life, love, and music that Bruce and I had over a pint or two of Tennents Ale. The fact that I intended the piece for two brothers, my my friends Robert (clarinet) and Scott (bassoon) Walzel, made the connection even more pertinent and personal.