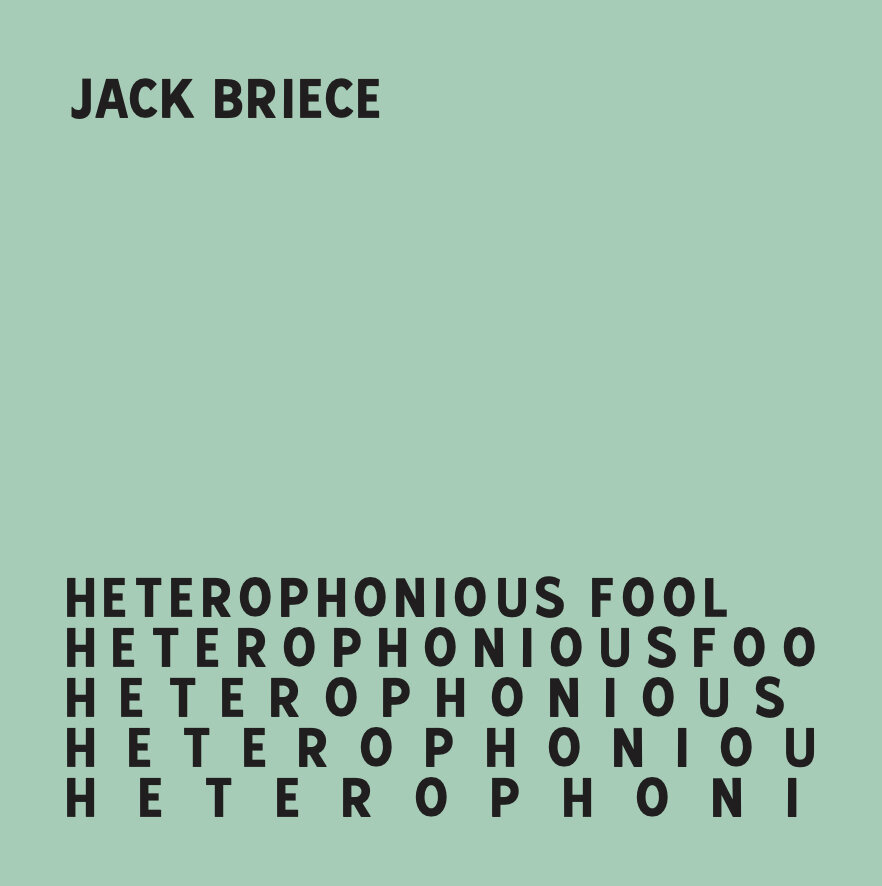 Composer's original program note on two of the movements:

PEACE and PUSHUP WORDS AND FOOD are two of the five pieces that comprise my HETEROPHONIOUS FOOL, music composed and recorded in Santa Fe, New Mexico in the spring of 1984.

This music is distinguished by its rigorous use of heterophonious polyphony and by metric and melodic structures based on numerical series related to the esoterics of The Book of Changes.

The music of PEACE is based on the numbers seven and eight, and uses various breakups of these numbers to define its rhythmics as well as the ratio of tempi between its two strata. PUSHUP WORDS AND FOOD works through, in its various strata, the metric series 9+8+6, 6+7+9 and 8+6+9.

Rhythmic procedures are characterized by emphasis on final pulses in each metric group; the sonics are polymodal. Although these pieces are individual and may be played separately, together they form an asymmetrically balanced music of eleven (3+8) minutes duration.

The music was created using Roland and Casio synthesizers.

"The success of Briece's approach is his ability to make you forget that you are listening to cheap pieces of electrified plastic. He makes you listen to the music; and what music! A swirling polyphony of scales, first ascending then descending in a hypnotic blanket of sound. Like four church organists gone mad, or at least having some fun, the music works its power over you. Garland and his musicians obviously put a lot of time and energy into these performances, and it showed. Jack Briece would have been a very happy man, knowing his music had found both proponent and audience. "

Original cassette release of this music re-released in 2020 by Concentric Circle Records. Available on LP, Soundcloud.