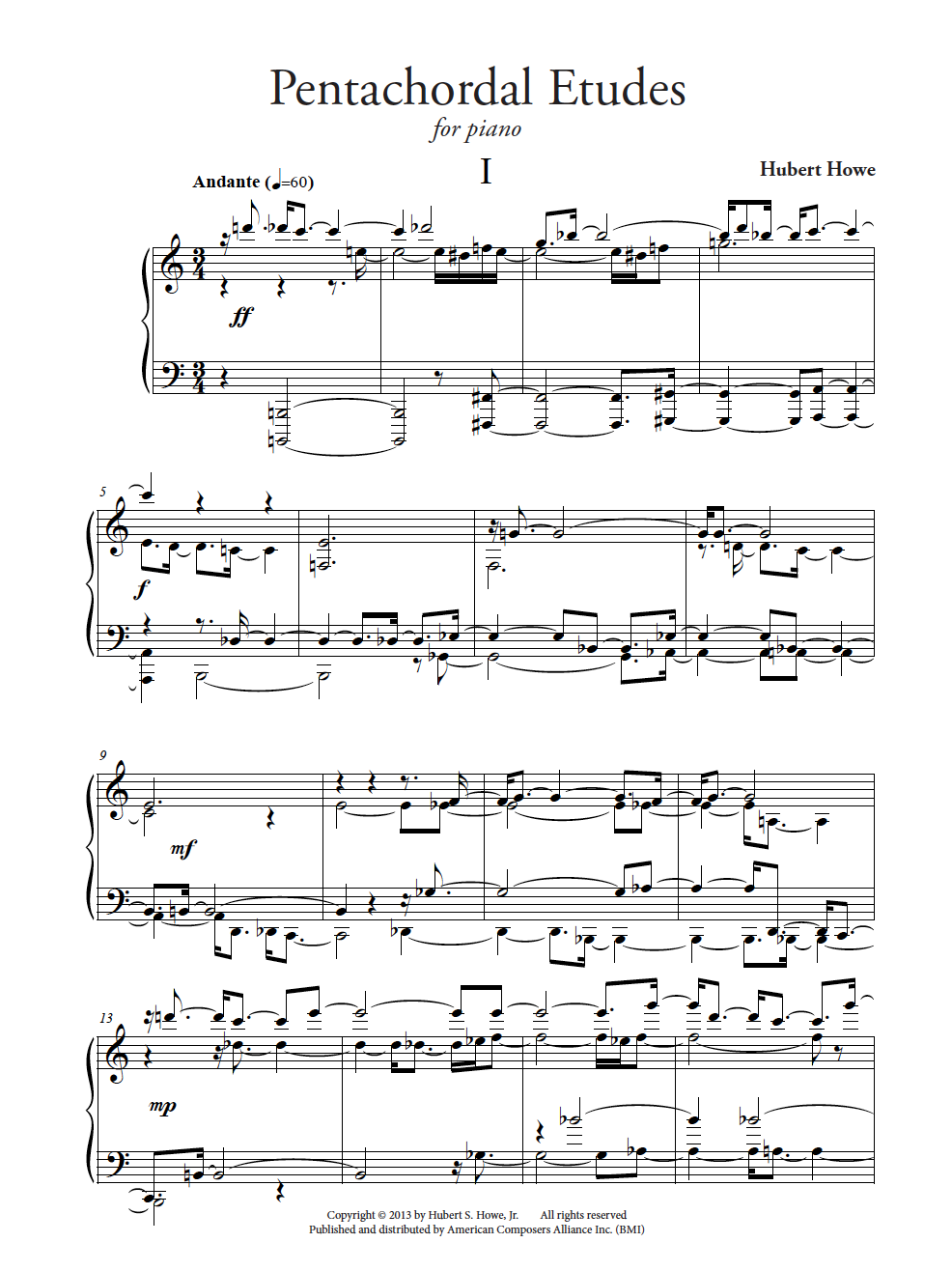 These works continue the line of development that I began with my Tetrachordal Etudes, only the pieces are based on pentachords (five-note chords) rather than tetrachords. All of them are related in a way that gives special prominence to the notes B, F#, G# and A, and each individual piece is based on a single group of pentachords except for the third piece, which uses two. These are etudes, or studies, which develop numerous ways of presenting the same basic materials over and over. While the notes generally lie within the span of the hands, there are a few spots where the pianist has to keep melodic lines sustained in widely spaced octaves, requiring the use of the pedal. Some passages are written out on three staves to clarify these melodies. Lines run throughout the pieces in all octaves, but the harmonies are mainly pentachords. The pieces were composed in the summer of 2013.