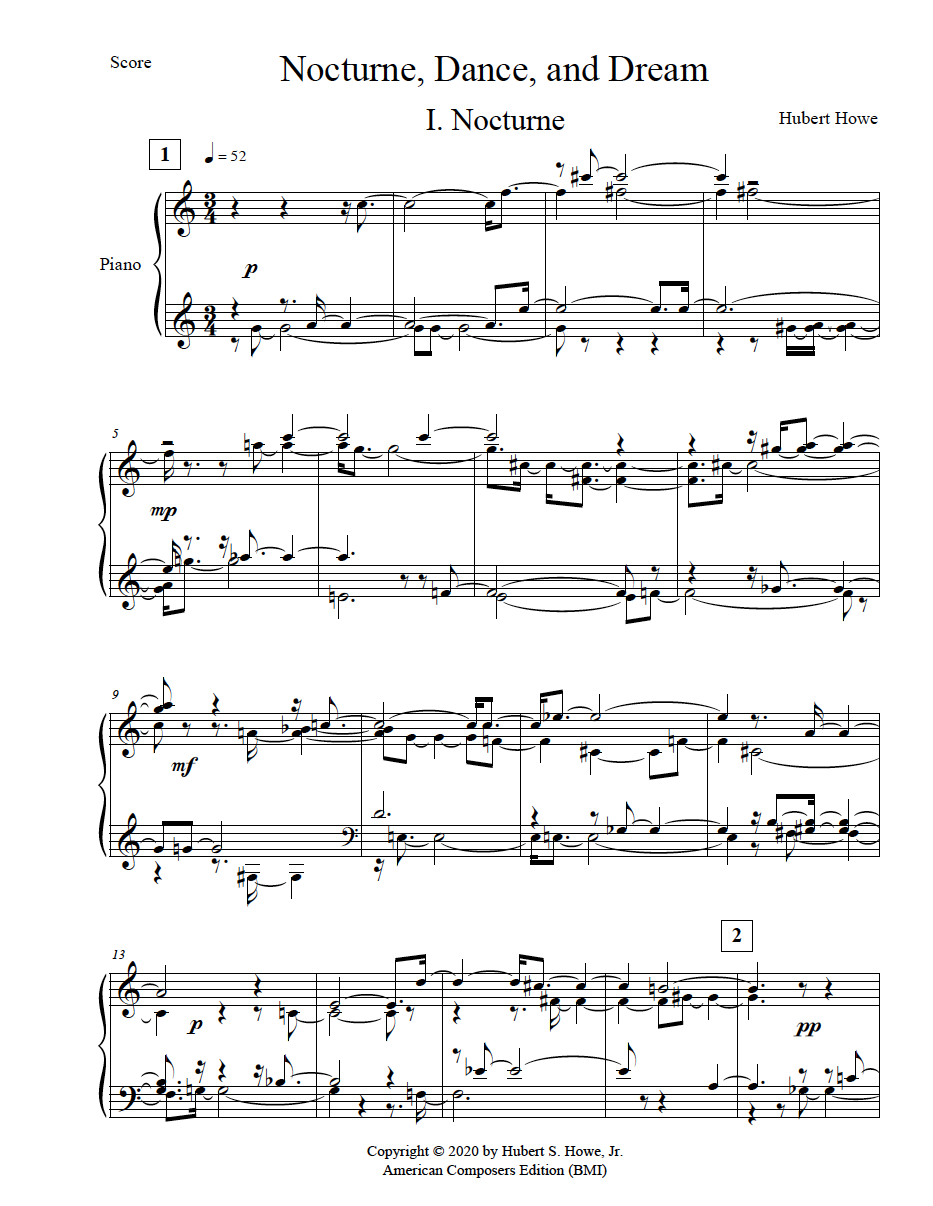 In the summer of 2020, I recarpeted my office, and in so doing I unearthed a number of scores that I had forgotten about. One of these was a Nocturne by Godfrey Winham, one of my composition teachers, a piece which I liked very much when I first heard it in about 1965-66. I played through it many times, and this was the inspiration for writing my own Nocturne. The piece is very different from Godfrey’s, but it also has many similarities. It continually builds up expectations which are not always fulfilled. It has many small climaxes, but few very loud passages. The entire piece spans only about three octaves, which makes it possible for the player to stretch to all the notes, but also causes some fancy fingerwork depressing and holding many notes sometimes.

Repetition is a feature of most dance music, often excessively so. In Dance, there is also a lot of repetition: in most of the measures, material from the previous measure is repeated; but the repetition is done only once. There is thus a continuous flow of music that never gets as boring as much dance music. The piece alternates between moderately fast and louder sections in triplets and slightly slower and softer sections in 4/4, which has a faster tempo even though it seems slower because of the pacing. The pianist’s two hands span four octaves, but most of the stretches are short, allowing the fingers to hold several notes at one time. There are no big climaxes or lulls. Both pieces were written in the Fall of 2020, during the “second wave” of the corona virus pandemic.

Dream is meant to invoke the feeling that one has when waking up from a dream where you have only a vague recollection of what happened. At first it is a blur, but as you go on, some details begin to emerge. As you continue, more and more events come into focus, but it still seems to include conflicting elements. Finally, you realize that it does make some kind of sense, but it is much more complicated than you originally thought, and in the end, it is again all a blur.