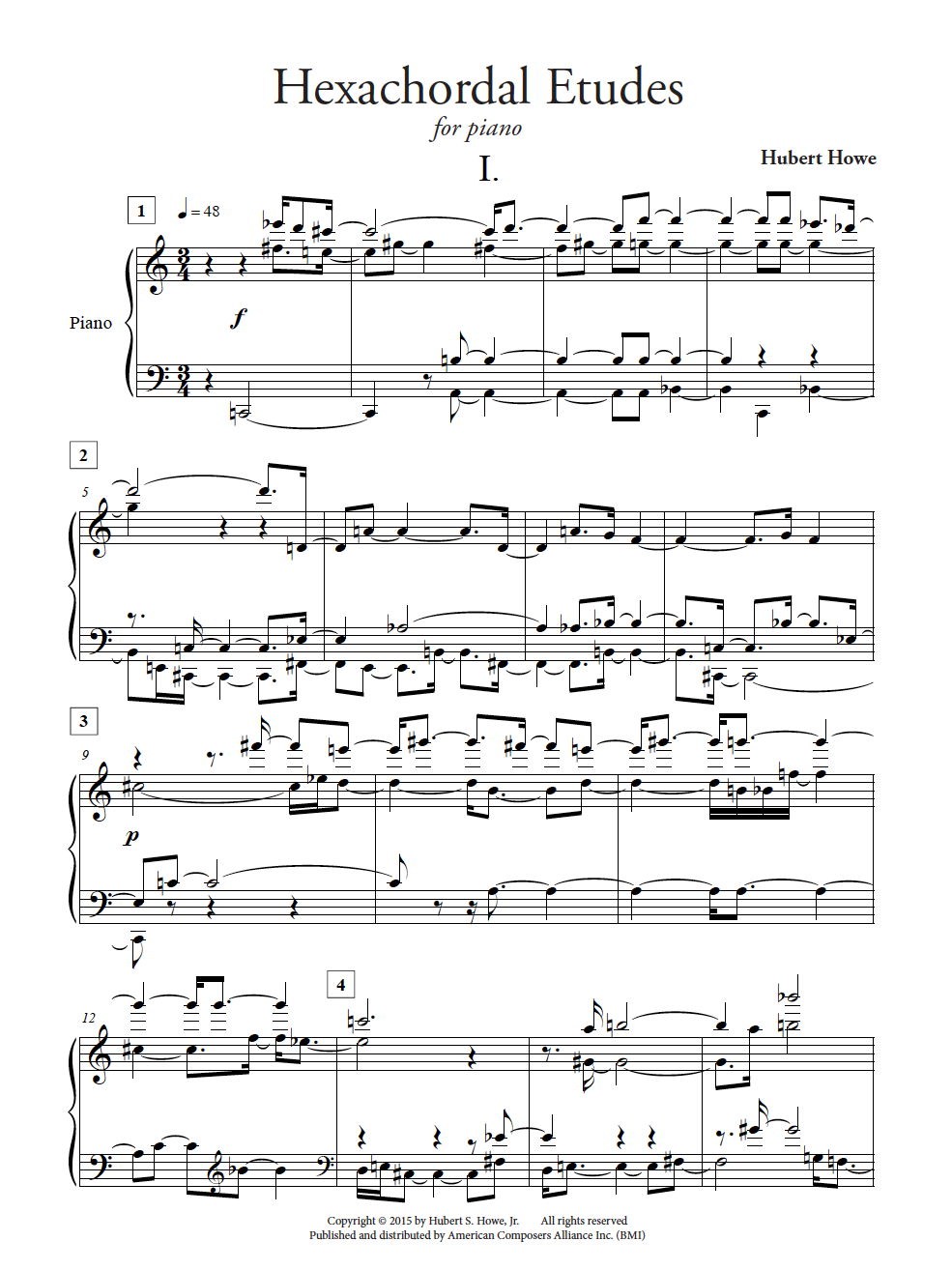 These works continue the line of development that I began with my Trichordal Etudes, Tetrachordal Etudes and Pentachordal Etudes, only these pieces are based on hexachords (six-note chords). The possible combinations of these notes are so enormous that it is necessary to narrow one’s focus to just a few of them in a single movement. The first movement concentrates on tetrachords, and the second on trichords, in the voices. The most challenging aspect of writing these pieces has been to try to keep the notes within the span of the hands on the piano. A few passages had to be written on three staves in order to clarify the voices. The music usually proceeds in three or four voice counterpoint. The pieces were composed in the December 2015.