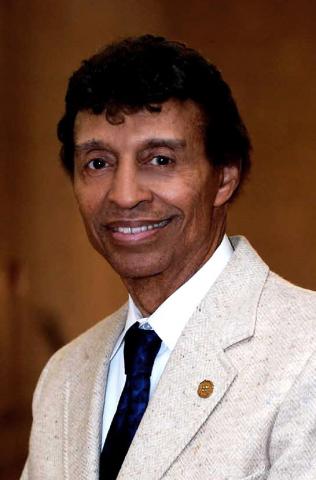 H. Leslie Adams (b. 1932) is the winner of the 2015 Cleveland Arts Prize.  Born in Cleveland, Ohio, he attended school in California, and served many years as a choral conductor, show musical director, and educator, before becoming a composer full time in 1979.   His music touches a wide variety of musical tastes and preferences. His stage work BLAKE was featured on the VOX Showcase of New York City Opera, and was published in a new edition in 2021. Adams' art songs have been sung by leading operatic artists worldwide including Kenneth Overton, Denyce Graves, Damien Geter, Louise Toppin, and many others. His orchestral and chamber music has been performed by the Chamber Orchestra of the Springs, Iceland Symphony, Buffalo Philharmonic, Cleveland Orchestra and Indianapolis Symphony, to name a few.

Recordings of Adams' music include "Love Rejoices: Songs of H. Leslie Adams" first released in January 2001, featuring the internationally-known tenor Darryl Taylor and accompanist Robin Guy. It was chosen as one of the ten best  recordings of the year by American Record Guide, and continues to be widely streamed.  The album features the complete song cycle of Nightsongs, and The Wider View, along with excerpts from Five Millay Songs and many individual songs, including the composer's own setting of Amazing Grace.

Adams' very popular Etudes for Piano have been recorded by pianists including Maria Corley and Thomas Otten, and most recently performed for a festival honoring the composer, featuring twenty-five BYU Pianists.

Nightsongs and Collected Songs on poetry by African-American poets, and Daybirth, with poetry of Joette McDonald, are all American Highlights series publications from the American Composers Alliance. Reviewers have observed that Adams' music is simple yet complex, fun yet serious, and spiritual yet nonreligious. Above all, his music touches the heart and soul in a personal manner.

In addition to the Cleveland Arts Prize, Mr. Adams has been awarded by the Bascom Little Foundation and BMI. He was commissioned by the Mirror Visions Ensemble in 2019 and continues an active schedule as an organist and composer.

Links to recordings below:

***Notice: Any recordings of songs or vocal music by H. Leslie Adams may require licensing and clearances from all legal rightsholders, including text authors and their estates. Purchase of a score does not transfer recording rights.