Weaving Princess and the Cowherd 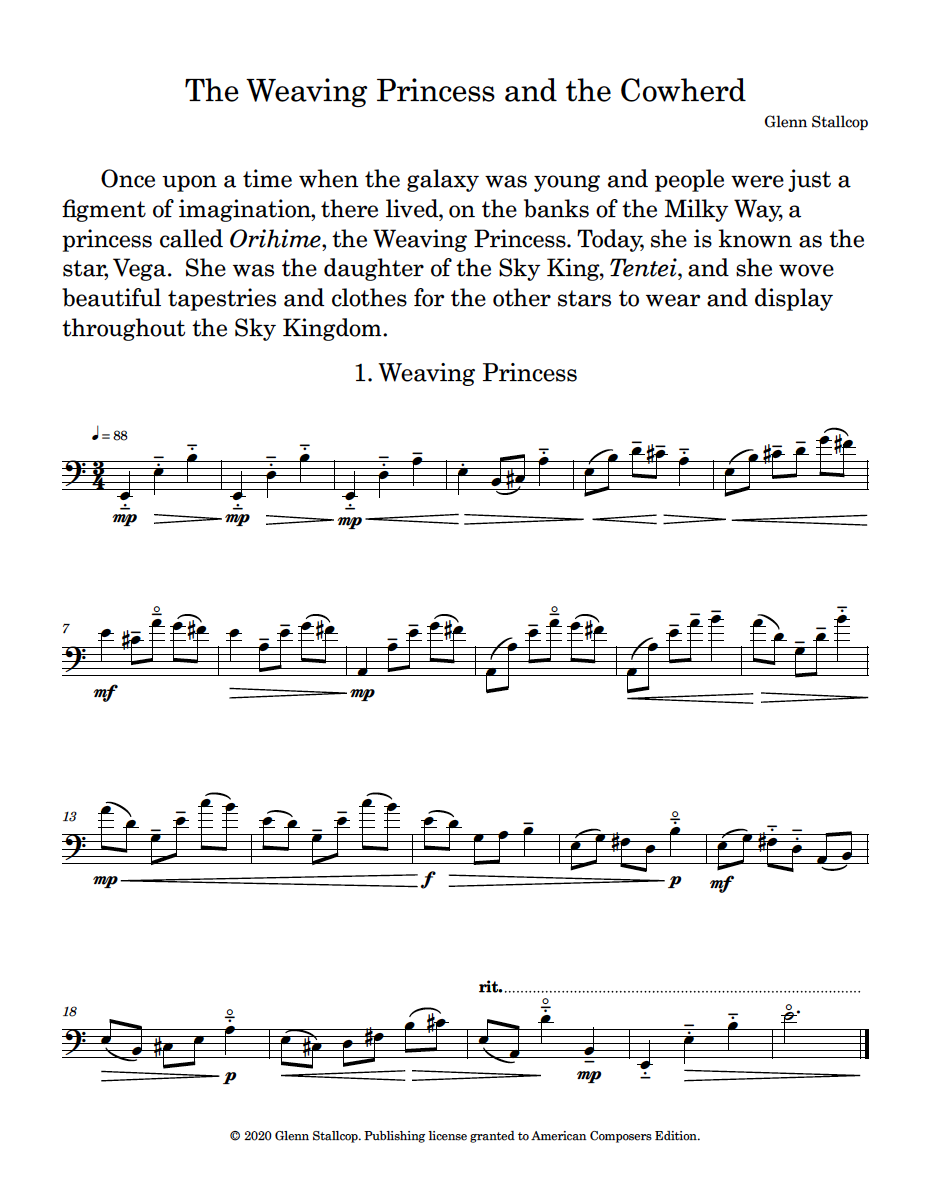 Weaving Princess and the Cowherd

I happened to be in Japan several years ago during the month of July visiting my daughter in the town of what is now Midori about 50 miles outside of Tokyo. During the time I was there we attended the local Hoshi Matsuri or Star Festival. I was taken by the quaintness and sweetness of the event, and how in the USA we did not have any holiday which remotely approached a celebration of love. The festival is based on the ancient Chinese tale of the Weaver Princess and the Cowherd, two stars, who, though in love, are only allowed to meet once a year.

In 2020, I was preparing a program for a chamber music concert at a planetarium on the campus of Embry Riddle University in Prescott, Arizona. Since they asked for a solo piece, I thought of doing my Six Miniatures for solo double bass from my collection Three Pieces for Double Bass (1984), which I have performed several times. I thought that since the concert was about the stars, it would be fun to work the piece around the story of the Japanese Star Festival. Though the concert was eventually cancelled because of the CoronaVirus Pandemic, I had worked the six small pieces around the story and liked it very much!

I have included the text in the score so a bassist could narrate the story by himself, or it can, of course, be narrated by a separate narrator. I originally wrote the Six Miniatures as example pieces for a series of school concerts I did with a string orchestra from the Phoenix Symphony. Each of the principals would play a little excerpt of a minute or less to showcase their instrument. I, of course, took that as a compositional challenge. They are, fittingly, like little musical haiku, short but succinct and complete.