VISION BY THE LAKE 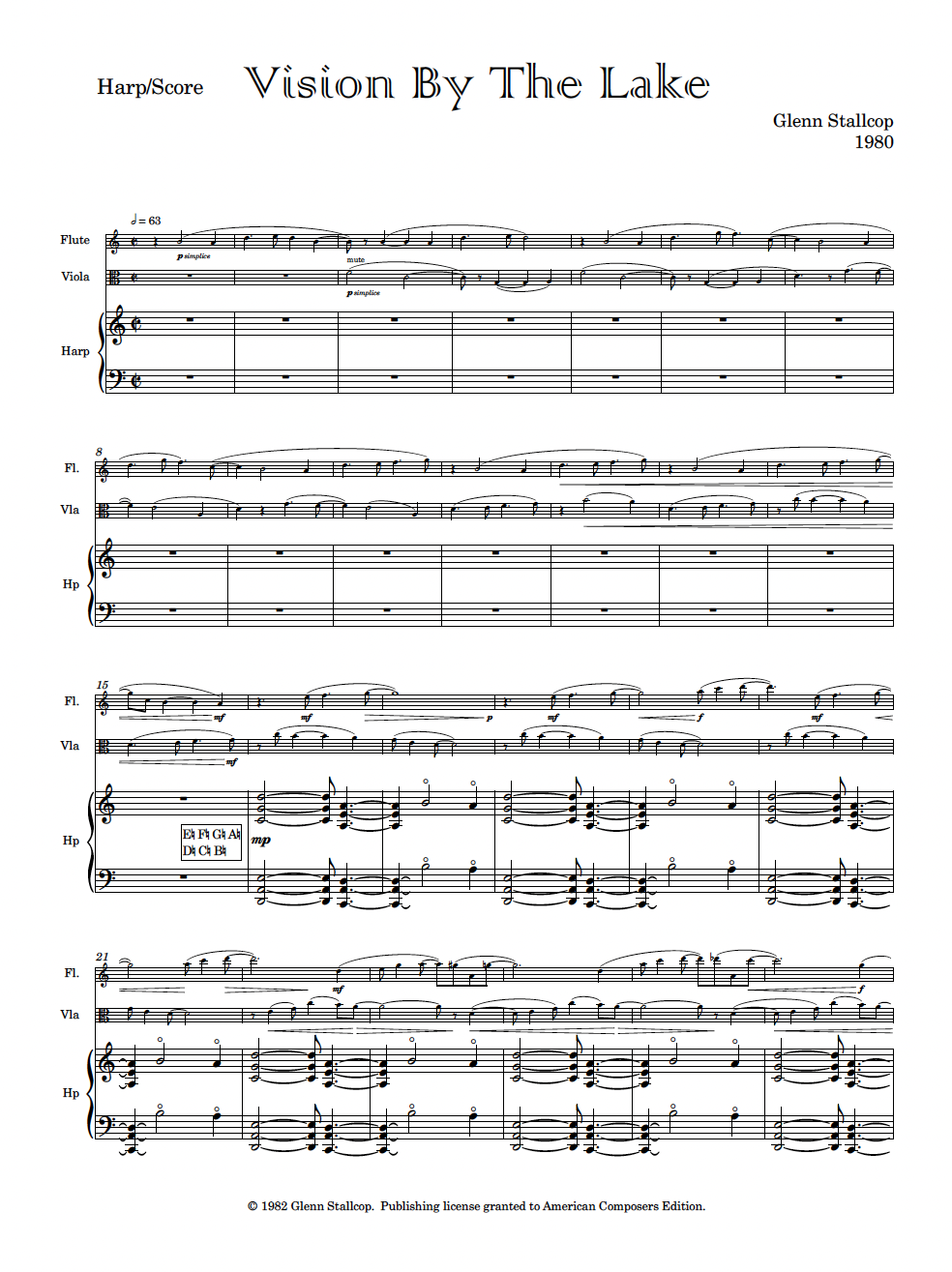 VISION BY THE LAKE

From 1981-84, I wrote and performed one concert of new original chamber music each season. I would choose some colleagues with whom I wished to perform and then would write works using different combinations. However, I never used the music I wrote for the first concert as it proved quite difucult both technically and logistically. Three of the works, however, I later rescored for different combinations and circumstances, and they have been more successful. Vision by the Lake (originally Lullaby) was one of them. The other two were Intermezzo (originally Interlude) for double bass and piano (originally harp), and Calypso Round (originally for flute, horn, marimba, harp, and double bass) which I orchestrated in 2000.

Vision By The Lake was originally written for flute, horn, and harp. It lay dormant until 1998, when it was suggested I rescore the horn part for viola so as to create more repertoire for the ensemble used by Debussy in his famous Sonata. The work is one of several works I wrote at the time which explored the intriguing structural dynamics presented by Minimalism. I never was interested in the stylistics, but the idea of organizing music in structural layers I found fascinating.

Originally, the gentle rocking of the music suggested a lullaby to me, but I think Vision By The Lake is a better title. Though the gentle waves are rather hypnotic, there are events in the music which are more suggestive of mists and fleeting images common to lakes especially in the morning. Some of the images might be rather less than friendly, but none of them I believe to be threatening.