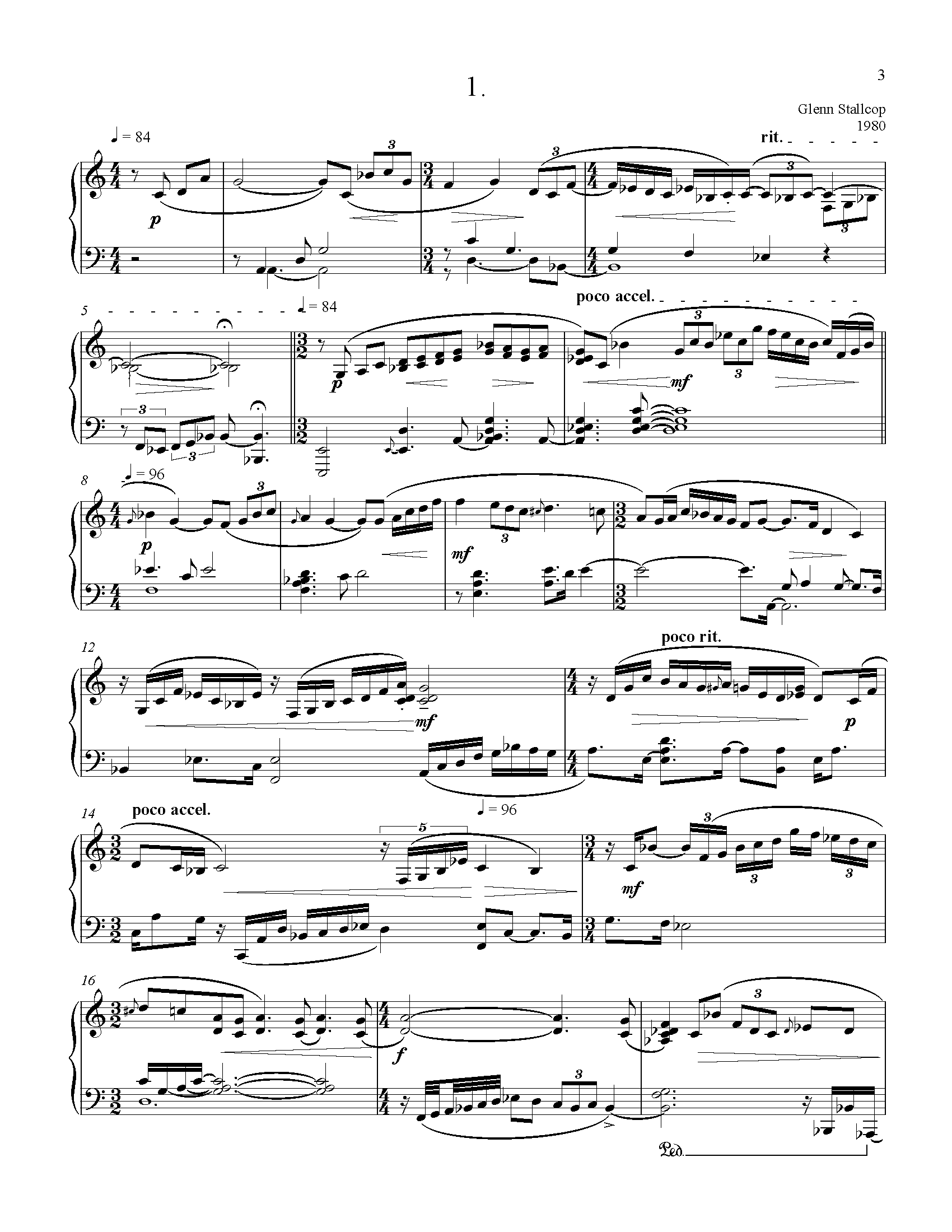 composer's note:  Both of the Two Impromptus were originally improvisations, recorded in studio in 1979 and transcribed from the tape in 1980. I transcribed five improvisations between 1977-80, and turned them into written compositions, the Concerto for Double Bass (1977), Brass Quintet (1979), Couplet For A Desert Summer (1980) for chamber orchestra, and the two works for piano solo Improvisatory Concert (1980) and Two Impromptus (1980).

I became interested in free improvisation through the work of Keith Jarrett in the mid-1970's. At first, I tried to emulate free improvisation by writing "endless" compositions, culminating in the four volumes of my Piano Journal (1975-6). However, after that, I decided to tackle free improvisation itself. Though my efforts were initially influenced by jazz, it quickly evolved into something more eclectic.

My first efforts at transcription were very instructive. The musical material, instead of remaining definitive, evolved throughout the piece. I learned how subjective rhythmic notation was, and how tempi would recycle on themselves, giving the feeling of digging "deeper" into the rhythmic grid. What I learned the most, and which was the most surprising, was that the form took care of itself. Though I sometimes made cuts, I never needed to change the sequence of ideas.

The other transcriptions of this period I orchestrated or rescored for another ensemble, the Two Impromptus, I thought, were most effective remaining keyboard works. The two pieces are quite rhapsodic and impetuous, however, they are also structurally tighter than many improvisations.

My efforts in improvisation seemed to grow stale in the early 1980's. I abandoned improvisation until around 1993, when I returned to it with renewed vigor. Since then, improvisation has defined my creative efforts in both composition and in my solo piano recordings. These early transcriptions have ended up foreshadowing things that were to come.