TRIO FOR VIOLIN, VIOLA, AND CELLO 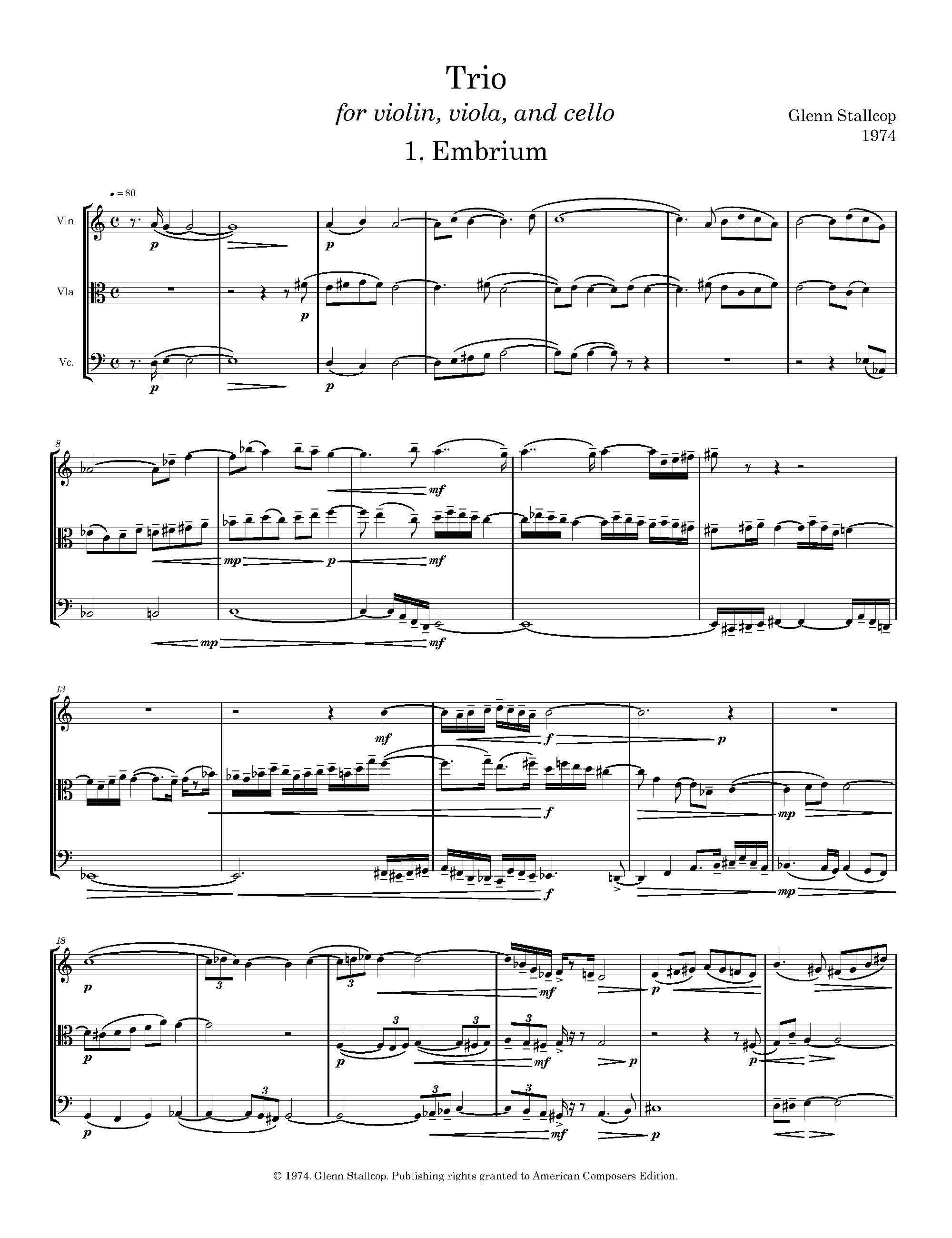 TRIO FOR VIOLIN, VIOLA, AND CELLO

String Trio was written for the Phoenix String Trio, who were all members of the Phoenix Symphony when I joined in 1973. It is a bit of a collection of experiments, though they seem to fit together well. The piece has a rather adventurous spirit, as each movement is distinctly different.

The First movement, "Embrium", was actually inspired by J. S. Bach, in the way he seemed to have set material “in between” his harmonic material. I devised sets of such material and then alternated them in sections between my harmonic material. These little in-between motives are the “embryos” in the title. However, the performers thought the movement sounded like a floating, suspended embryo.

The second movement, "Jigsaw Dance", uses an ever increasing (and then diminishing) set of motivic ideas. It is an idea I used in Pendulum (1972) and again later in City Music (1974). Also, like City Music, the motives are rather inspired by the Blues.

The last movement,"Cat and Mouse", is unique to this piece and is inspired by the Gunter Grass novel, Cat and Mouse. A through-composed (and independently composed) melodic line is set against an eight-measure accompaniment that methodically expands and contracts. The novel narrates the story of an independent-thinking man in Nazi Germany, who eventually ends up hiding in the hold of a sunken ship.