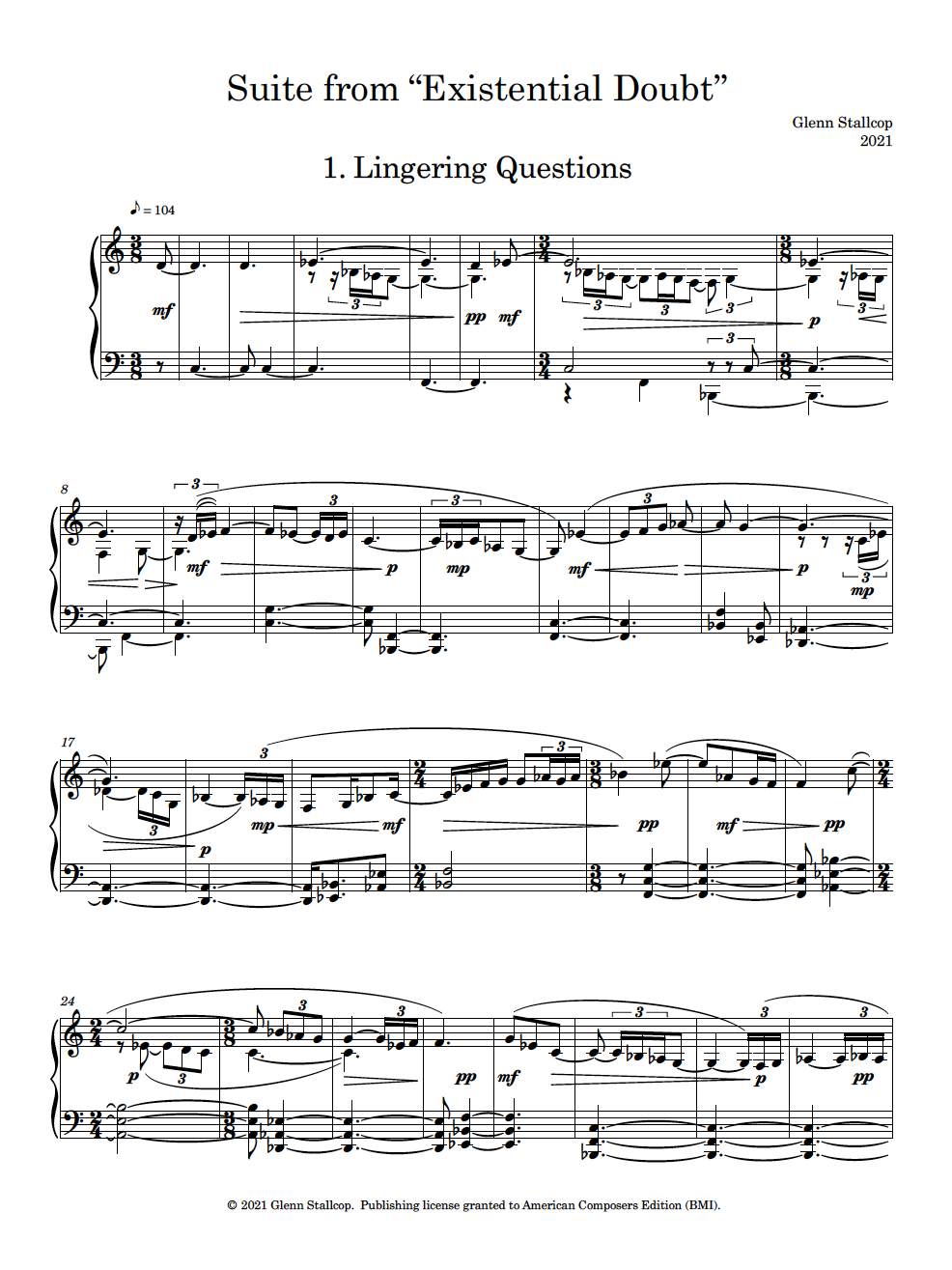 This suite is taken from the album, Existential Doubt, which I released in April of 2021. It transcribes and adapts the first, second, and fourth track. The music is moody and probing. There is probing, uncomfortable visions, and a fixation with a sense of dread. The music is not post-apocalyptic, but rather more worrisome than fatalist.
As long as I can remember, there has been real concern about the direction in which humanity is heading.  When I was young, the focus seemed to be on nuclear war and overpopulation.  Today, the concern seems to be more about climate change, which is maybe less immediate or glamorous, but no less apocalyptic.  Maybe this sort of doubt is somewhat endemic to the species, centering around the subject du jour.  I don’t know.  Civilization certainly brings compromises and stresses that were not as present in a more rural, peaceful, or stable lifestyle, and it has been doing so for thousands of years.

Maybe it is just the added concern from the Covid pandemic, which is still raging, but the present level of real consternation over our future seems more widespread lately.  In this suite, I try to deal with this angst from both an intellectual and emotional point of view.  Though there are many who are convinced, or at least hopeful, that technology will bale us out of our present crisis, others are daring to look over the edge and imagine what it might be like on the other side.  The possibilities and emotional impact are not always pleasant, nevertheless we carry on, but hopefully we engender an enlightened sense of environmental commitment..