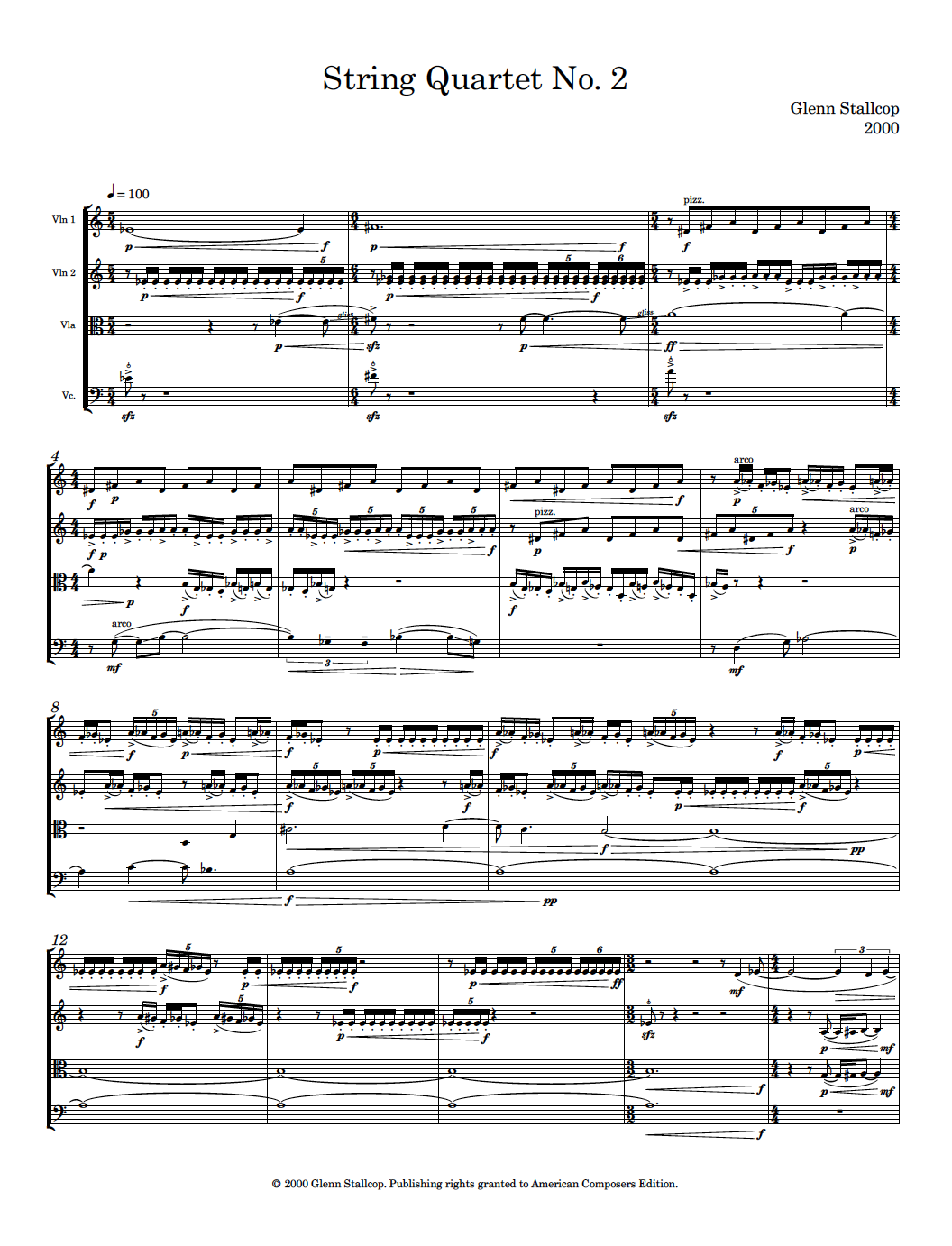 The String Quartet No. 2 (2000) is one of the pieces I wrote during a period of what I consider the culmination of my efforts to forge compositions from the model and suggestions of keyboard improvisations. Culmination in the sense that I had been working toward this goal rather single-mindedly for roughly twenty-five years. Though I was achieving the vision I had foreseen, I also felt that classical music had, in the meantime, gone a different direction. This tempered any feeling of accomplishment I was feeling and infused it with a sense of irony.

This feeling of irony pervades the string quartet. I, initially, compared it to that span of mild weather that sometimes occurs in the late fall or early winter. The weather always seems to bring a feeling of goodwill and hope. Sometimes, plants will even bud or flower, thinking that Spring is coming early, but Winter always storms back with a vengeance. The bitter cold always seems harsher because of the preceding mild weather. This was the nature of the unusual emotional irony I was experiencing.

The work proceeds in a single movement, though there is a clear break at just about the center point. The "A" material is characterized by repeated sixteenth notes, while the B sections feature a slow descending major second. There are other binding forces, such as the pizzicato music, but the two alternating contrasting ideas constitute the bulk of the piece. A center section which sounds like a choral lament follows the center break. This gradually leads back the the repeating notes. The coda section features the B material, but the percussive jete and col legno ideas give the ending the feel of a funeral march.