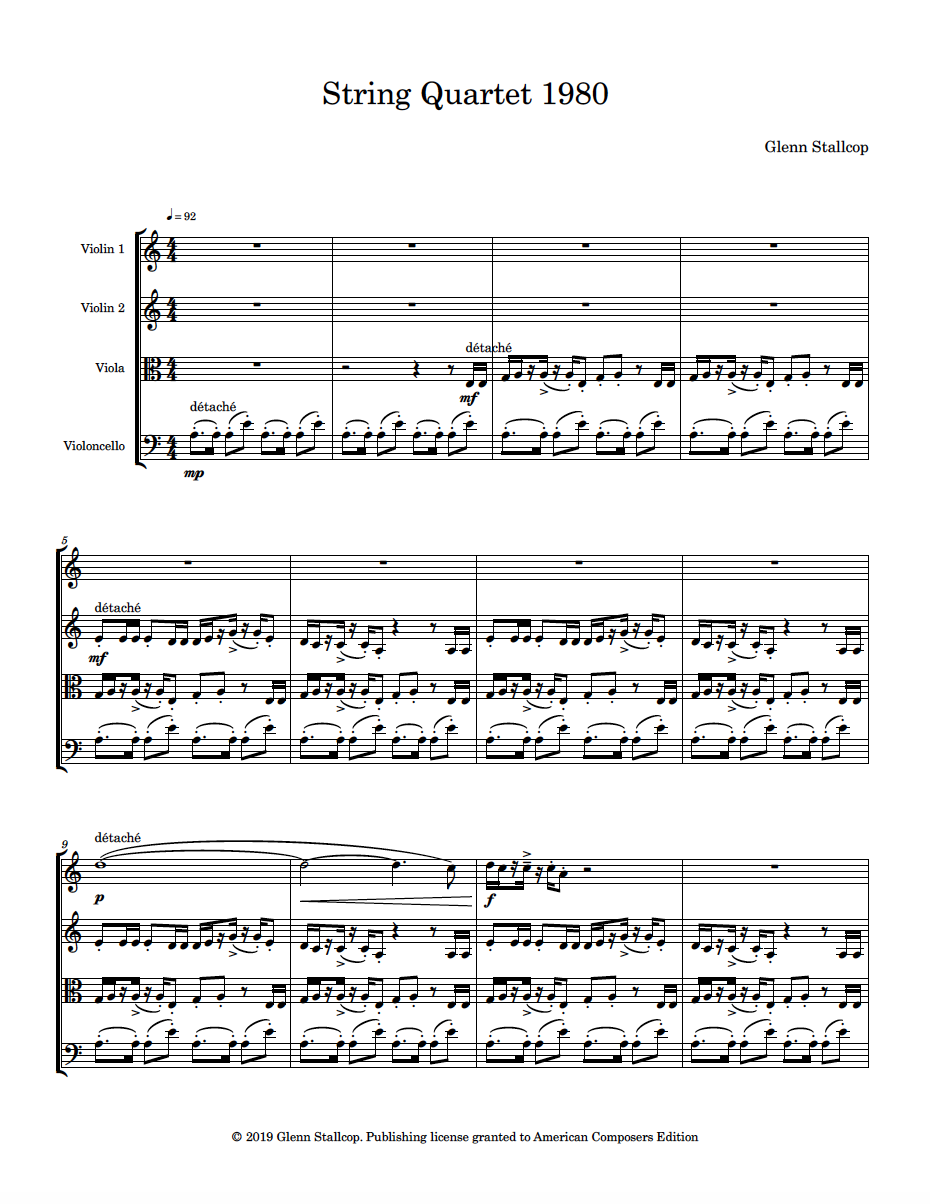 For several months during the years of 1980-81, I was exploring Minimalism. By that time, Minimalism had become such a phenomenon that I felt I should at least see what it had to offer. Frankly, I was never very attracted by the repetitive style of Minimalism as much as I was interested in the controlled changes and the structural use of rather static layers of sound to elucidate structural hierarchies. I also found I was attracted to the infectious optimism found in the music of many representative composers, such as Steve Reich.

This string quartet was an early effort in this style and is probably the most Minimalist sounding piece I have written. Each instrument represents a structural level and the patterns representing each level change at different rates, much like the instruments of an Indonesian Gamelan. The piece is very lively and happy, and for the most part I felt that the idea worked. I was encouraged to explore the idea further. But since I was interested in the changes and not the repetition, I started making more and more changes. After a while, I found that I was changing the music so much that it stopped bearing any resemblance to Minimalism, so I just gathered up what I had learned and moved on.