SONATA NO. 3 FOR VIOLIN & PIANO 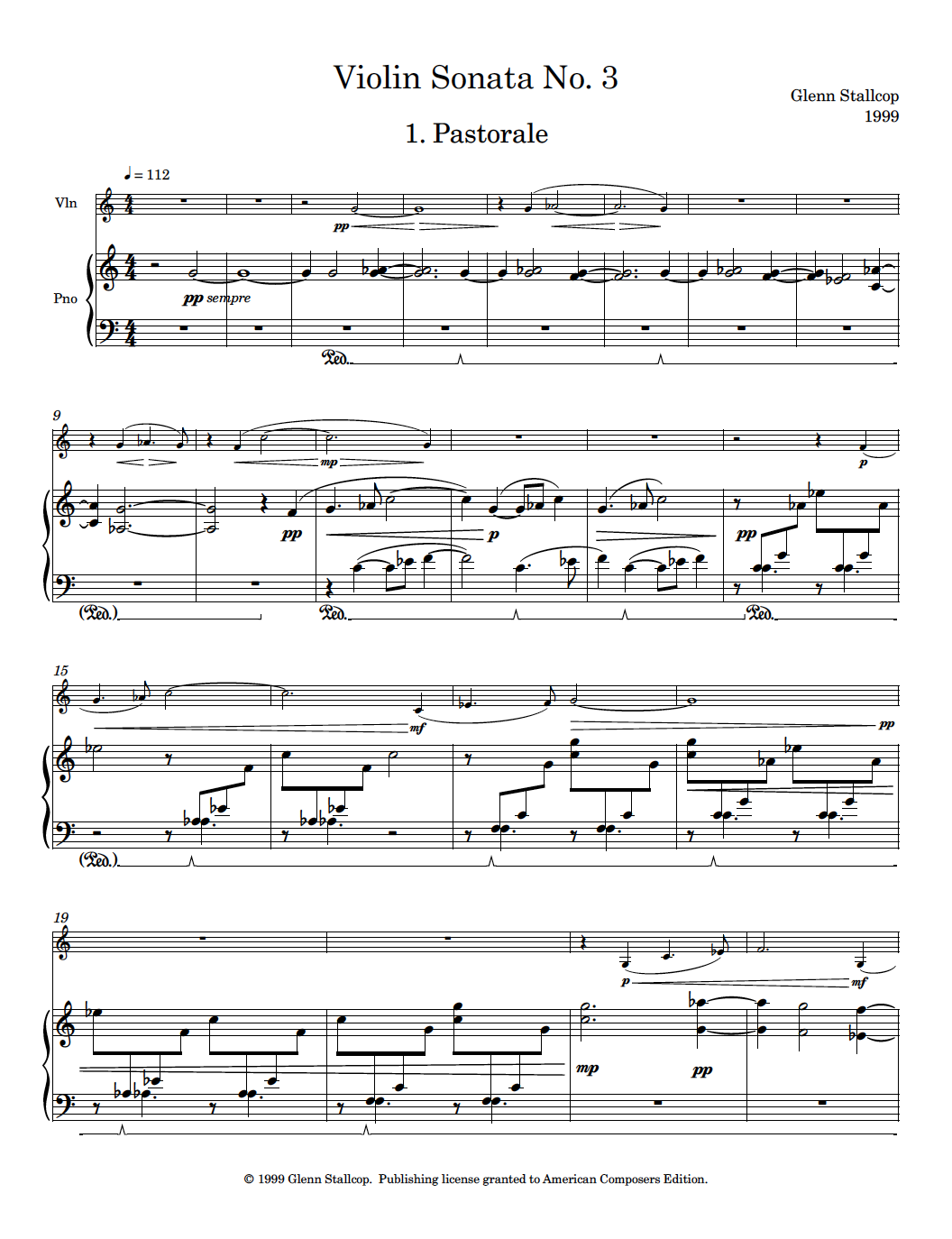 SONATA NO. 3 FOR VIOLIN & PIANO

I started work on the Violin Sonata No. 3 in 1995, and had finished about half of it when I had to drop it to work on a commission. I had mapped out the piece, but when I returned to it several months later, I found that the shape and direction of the piece were no longer obvious. After finishing another commission, I again tried finish the work, finally completing it four years later.

Originally, I conceived the work as one single large movement. But after performing part of the work in 2017, I decided that as a single movement work, it was too cumbersome. I divided the work into four movements, with the fourth movement, itself, being two distinct parts.

Emotionally, I have come to view the work as a pastoral sonata, of sorts, that has been updated for climate change. The opening Pastorale is open and easy, but not happy or gay. The beauty of the outdoors is tinged with sadness. The second movement is a storm, but not the romantic storm. Storms by Beethoven and Berlioz end with the sun peeking through the clouds and birds singing, but these days they end with damaged homes and floods.

The third movement tries to address the aftermath of first shock and then anguish. But in the last movement, life moves on. The scherzo hints at how people make the best of situations with humor, kindness, and hard work. Then, the movement moves on to a reprise of sorts, but things are just not the same and relaxing is difficult. You can rebuild, but you don’t forget.