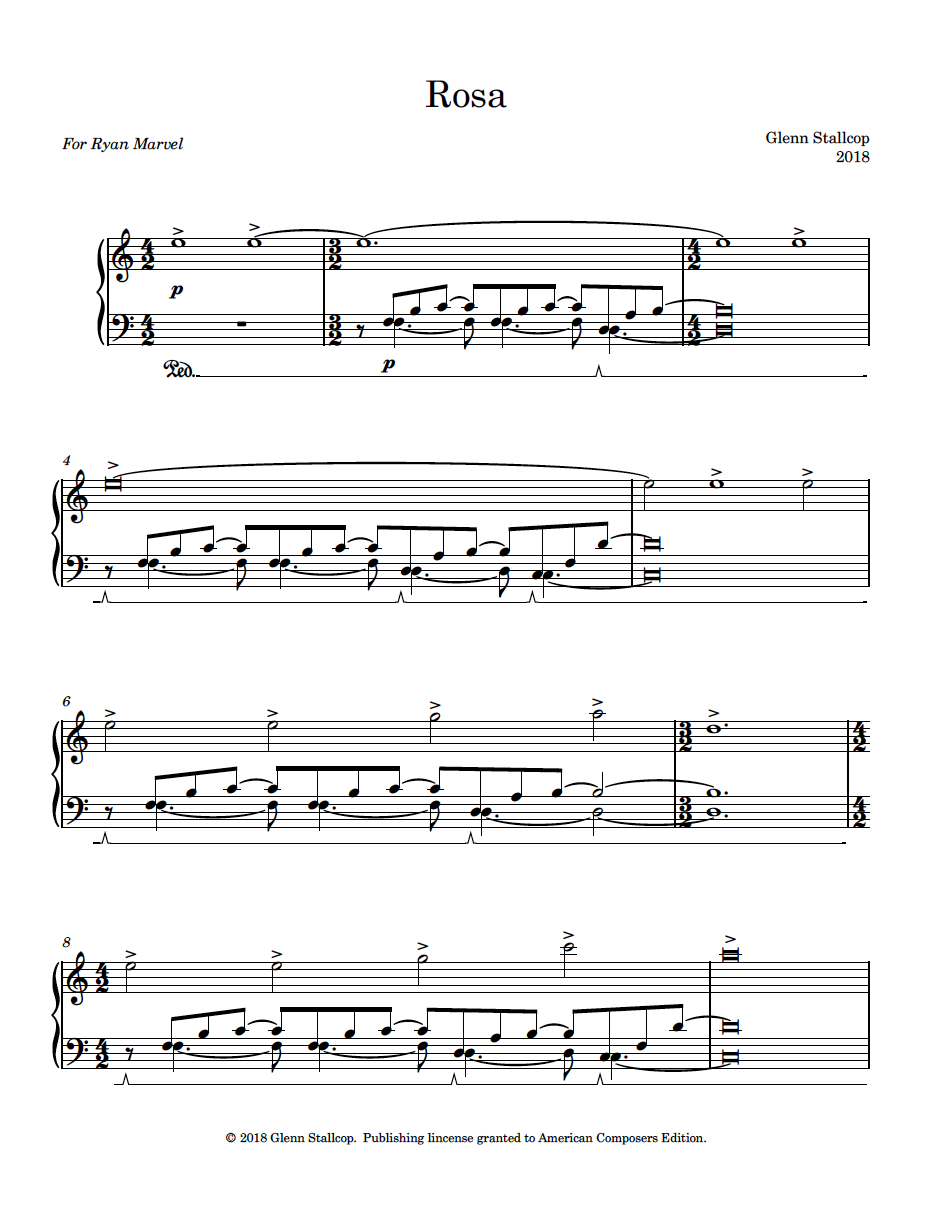 I first met Ryan Marvel when he was the pianist for Valley Unitarian Universalist Congregation in Chandler, Arizona in the early 2000's. I thought he was a pretty upscale pianist for a small church. He seemed to be in the "Windham Hill" tradition, but with some real sensitivity and creativity. He would often play his own music and arrangements, and was a real delight. A few years later, he moved to Fort Collins, Colorado and I have been following his career through his Facebook posts.

In the Fall of 2018, he posted a piano work he had recorded about a thunder storm. I had not listened to his music in quite a while so I tuned in. I found his music, though stylistically much the same, had become considerably more sophisticated and expansive. I was impressed and found myself mulling over some of the things about his music that attracted me so much. Mulling over led to tinkering, and pretty soon I was writing a new work for piano. Ryan's piece had been a contribution to the centuries-old storm-scene genre. My piece was not as overt, but still had the same shape and intent so I decided to name it after a storm. In Phoenix, that October, we had had two sizable tropical storms blow in from the Pacific to drench our parched landscape. "Rosa" was the name of one of them that dropped about three inches of rain.