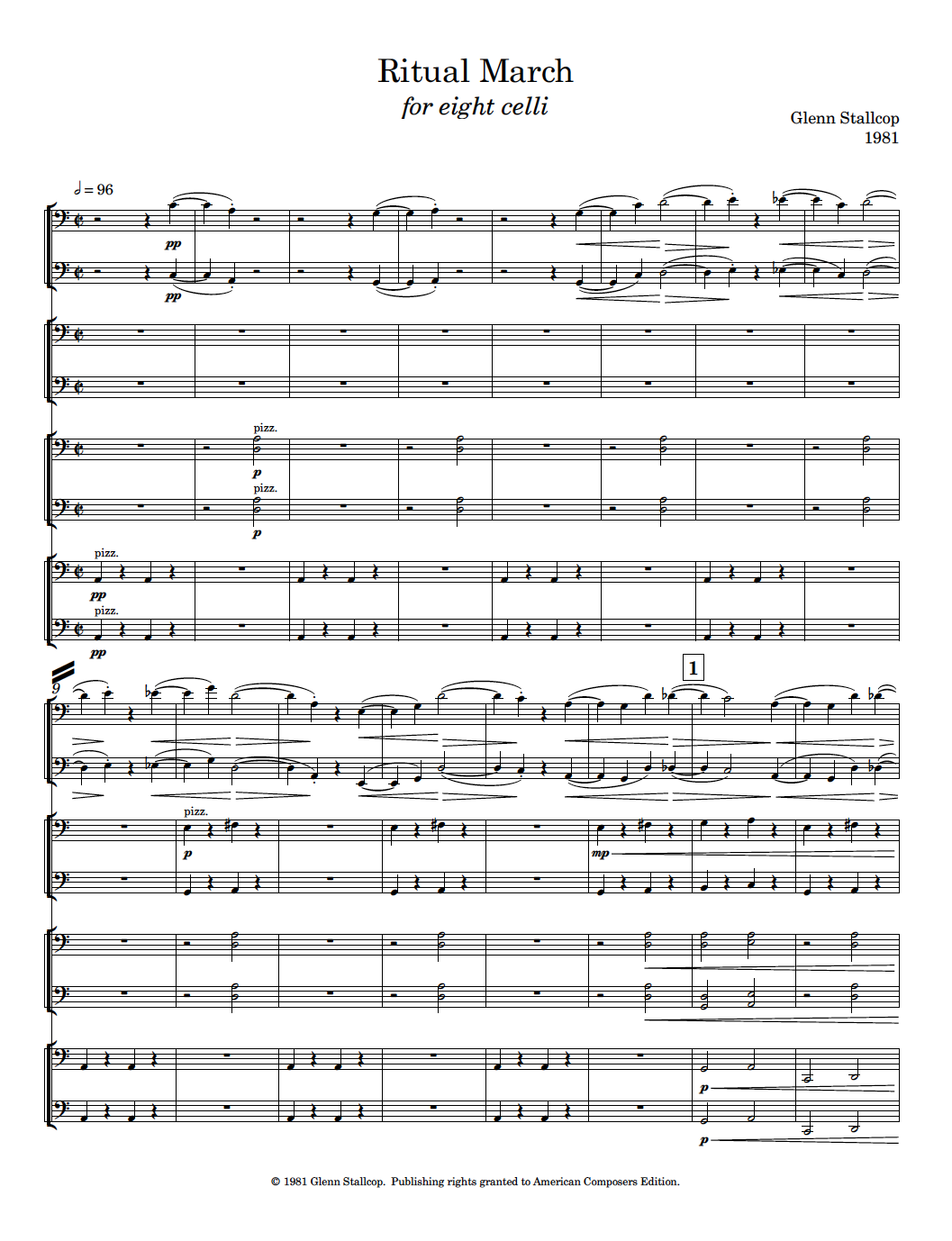 Early in 1981, Takayori Atsumi, principal cello of the Phoenix Symphony and professor of cello at Arizona State University, asked me to write a work for eight celli that he wished to perform with the Arizona Cello Society. He also would hold workshops and wanted something he could play with all the cellists in a cello orchestra. The work was to be of progressive difficulty so that relative beginners could play the 7th and 8th parts working up to advanced players on the first two parts. Ritual March was the result. It is rather challenging for first player, whom I was expecting to be the teacher or advanced college students.

The piece is rather light-hearted and a little tongue-in-cheek. I thought it would be fun to write a march for celli. I remember a famous scene in Woody Allen's first movie, Take the Money and Run, where Woody Allen's character tried to play cello in the marching band. He never was able to play anything because he was always picking up and moving his chair.