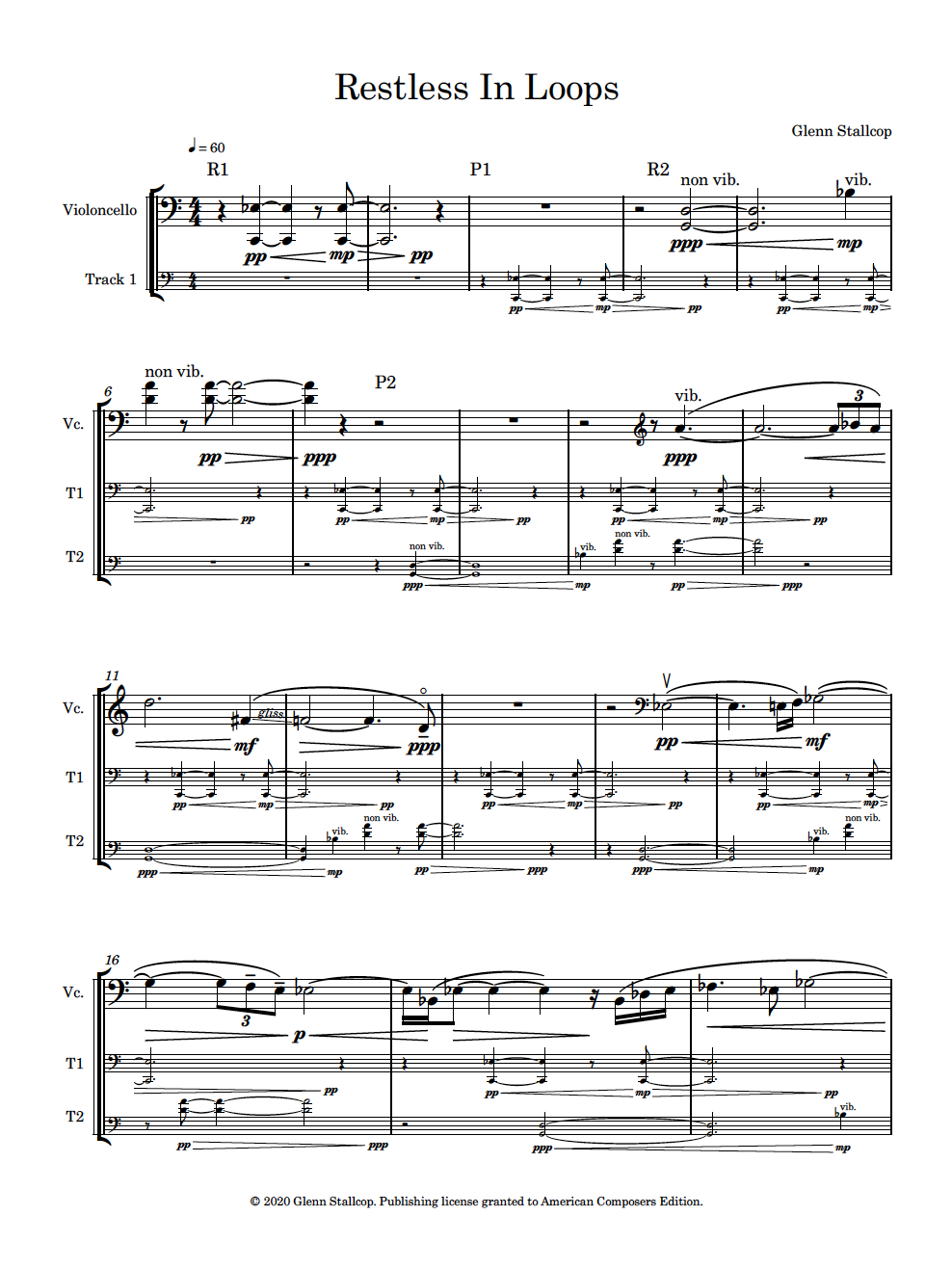 Restless in Loops is an adaptation and reimagining of the work Restless In Place, which is written for unaccompanied cello without Loop Station. Sarah Walder, with whom I have collaborated before, is very adept with her Boss RC-300 Loop Station, and has written a number of her own works for it. When she asked me to write her another piece, we discussed maybe writing it for the Loop Station, but I, frankly, couldn’t decide whether to do it or not. I ended up deciding to do both. I felt the Loop Station projected a different atmosphere than a piece for just solo cello and tried to capture the characteristic differences in the different versions. I was more comfortable with the piece for solo cello, so I wrote it first. I then tried to reimagine it using the loop station. Much (though not all) of the musical material is the same, but it is used in a different way. The effect makes the piece more of a cousin to the original than a sibling.

Both pieces were written during the stifling Covid Pandemic of 2020, and try to capture the useless anxiety we are all facing in the midst of these strange times. They try to capture the restlessness that comes from hunkering down for months on end.

Most of my music is derived from keyboard improvisations and these pieces are no exception, though it has taken some adjustment and imagination. It is because both pieces were adaptations of music written for keyboard that I have felt less restricted in reworking them with and without the Loop Station.

The Boss RC-300’s main operation consists of three channels, each controlled by a Record/Play and Stop pedal. There is also an All Stop (start) pedal. Any loop station with at least three independently controlled channels may be used for this piece. Instructions are provided in the live cello part for each pedal (R, P, & S) along with the corresponding track (1, 2, or 3). So R3 would be to push the record pedal on track number three. The small tracks are the music being played in the looped channels and may be used for reference.