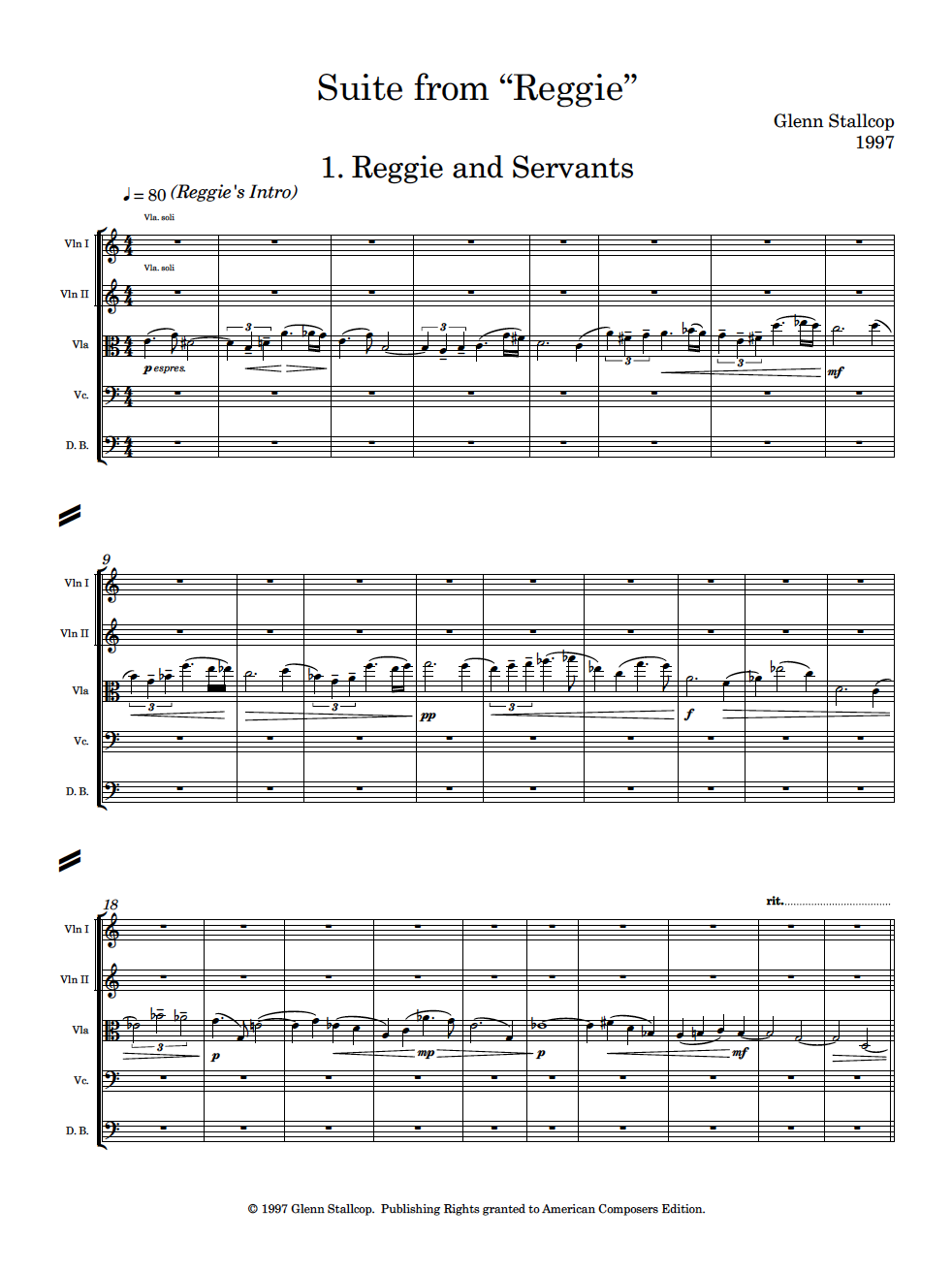 Reggie (or How Reggie Made A Difference) was commissioned by String Sounds of Phoenix, Arizona as a dance work with narration for children’s audiences based on a book by Susan Smith. It was  first performed in elementary schools throughout the 1997-98 school year by the Encore String Quartet and Desert Dance.

The original work included eight short dances with narration in between, or occasionally over the music. It was about 35 minutes long. The six dances contained in the suite include the major portion of the action of the original show in the original order.

The story centers around Reggie, the only son of a very wealthy family. He has conceivably every item a child could want, including the constant attention of servants, but is not allowed to play with other children. Reggie is introduced by the lonely opening solo in the viola. The following pizzicato section introduces the servants, who have the main supporting roles. The servant “chime” signals the opening of the Service Dance, in which the servants are challenged to satisfy Reggie’s constant demands.

Among Reggie’s many diversions are some pet monkeys, which are the subject of the Monkey Dance. Reggie, spoiled to the core, watches and makes fun of the monkeys (who scold him). and make them agitated.

The servants take Reggie to the park (At the Park) where he sees other children playing and having fun. Reggie tries to join in their fun, but the servants are not allowed to let him play with the other children. Eventually, his frustration leaves him despondent, which is represented by the cello solo.

In Dinner Music, Reggie tries to talk about it with his parents at dinner, but his interjections fall upon the unconcerned ears of chattering parents. Eventually Reggie can stand it no longer and breaks into a full-fledged tantrum. He gets up and stomps on the table, to the dismay of all. But his outburst ends in tears and his parents see he is truly disturbed and promise to take care of everything. He is allowed to attend school with other children. The Processional then follows his growth through time into an upstanding adult, and the Celebration is a general dance to end the show.

The work may be performed with string orchestra or string quartet with an optional double bass.