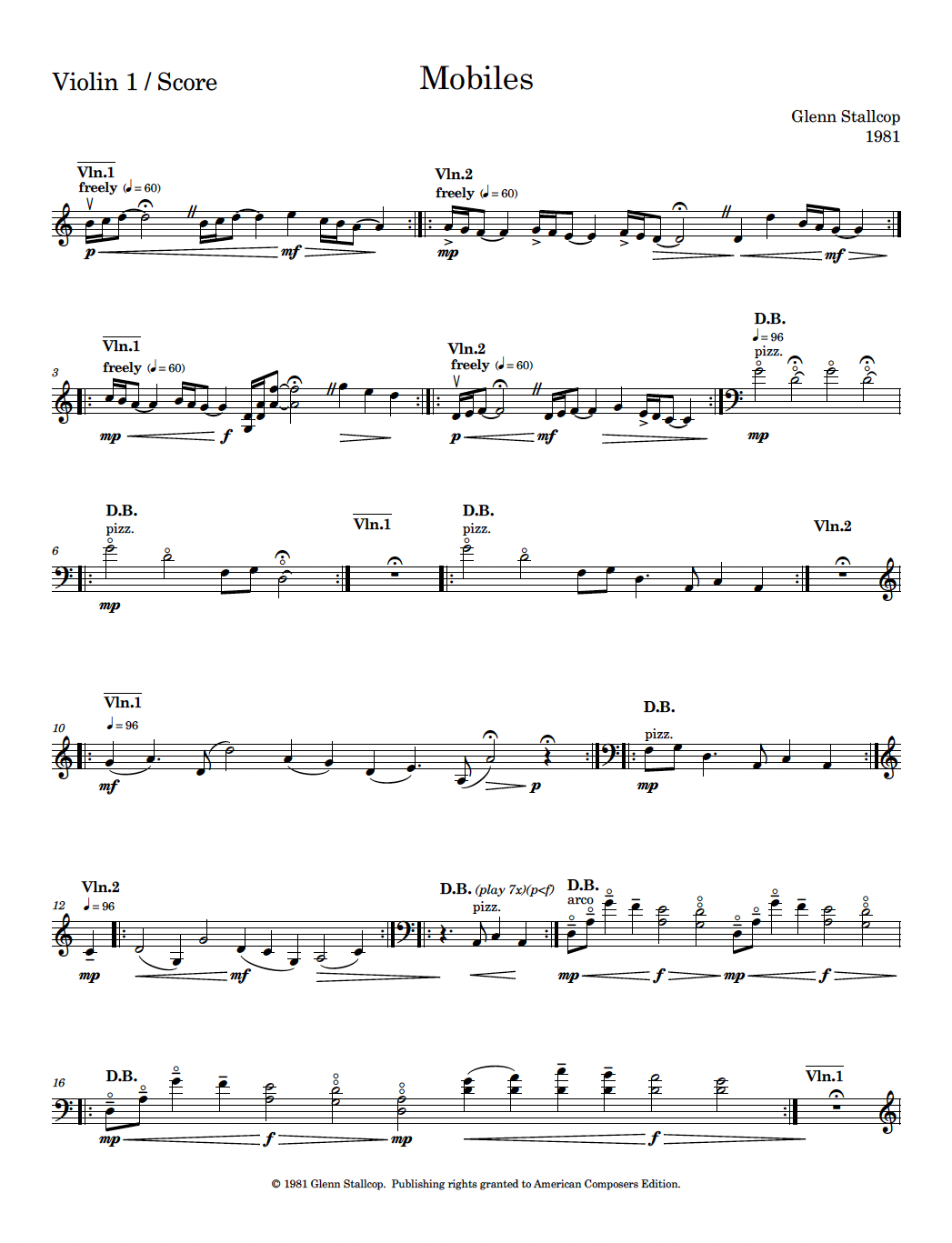 In the early 1980’s, I wrote one concert of original chamber music per year for four years. Mobiles, for two violins and double bass, was written for Chamber Concert No. 1 which took place on October 14, 1981. The concert featured Nancy Livingston and Lenore Lehr, violins, while I played piano and bass. The other works on the program were Echoes From An Urban Glade (1981) for violin and double bass, and Sonata No. 1 – Images From ‘The Far Field’ (Roethke) (1981) for violin and piano.

Stylistically, the music in this concert is as close to freewheeling Minimalism as I ever got. The music is freely organized in layers, but is much more lyrical and melodic and less textural than the typical Minimalist-inspired music of the period. What interested me about Minimalism was the aligning of the organizational factors texturally to a structural grid. My interest was in doing this WITHOUT strict rhythm. The piece uses a linear notation which is explained on the opposite page.

A mobile is a kind of artwork which became popular in the 1950’s and 1960’s in which objects are suspended on wire or string from the ceiling or from bars or other structures so that they spin or move around in the air currents. The music in Mobiles seems to spin and move around as well, creating a constantly changing yet rather static texture.