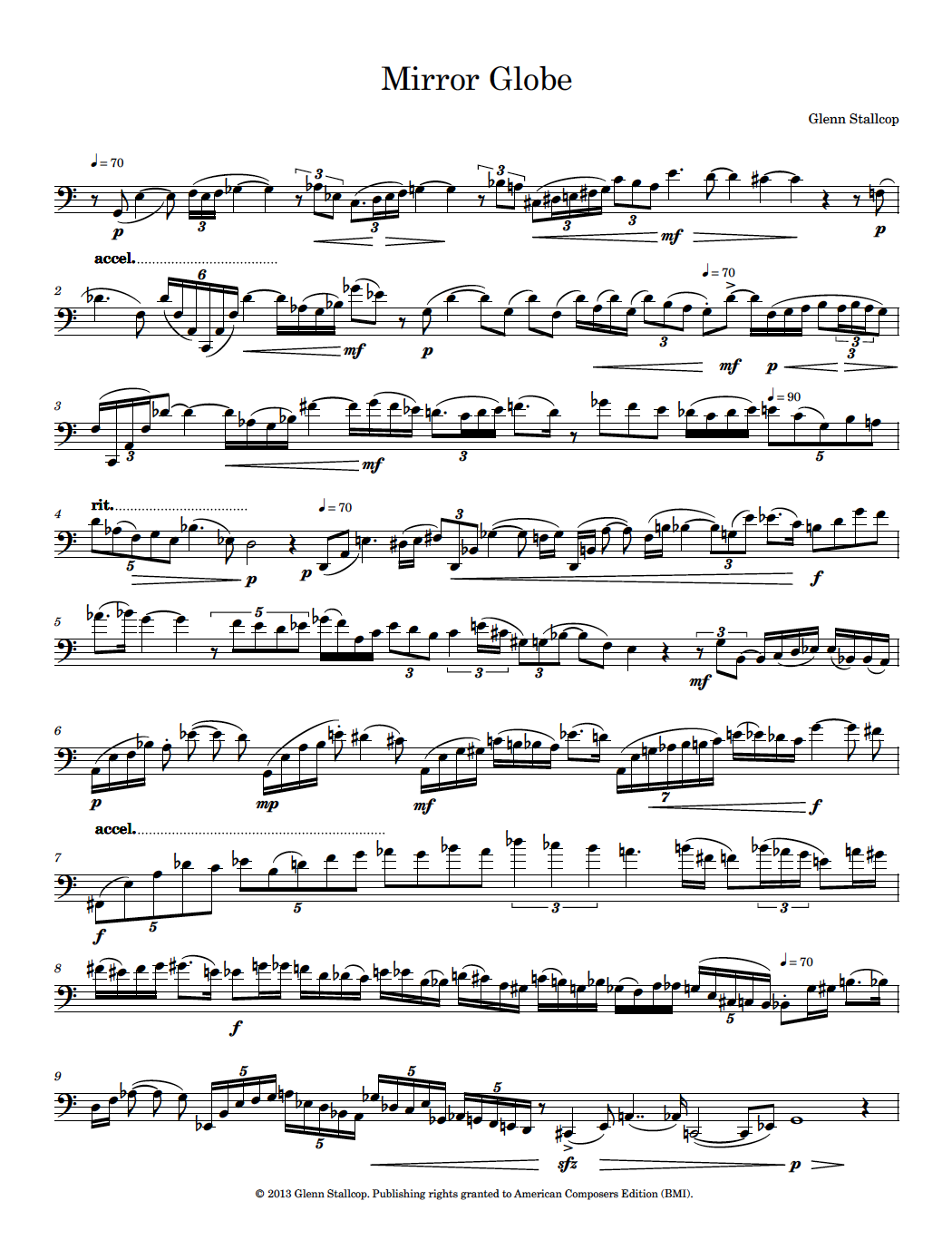 Mirror Globe and Groundhog Day are works for cello with an improvised accompaniment. The accompaniment may be performed on any instrument or instruments and should be freely improvised. The intent of the written music is to provide a focus for interaction between the cellist and improviser(s). The cellist may perform the music as written, without any alteration, but is encouraged to respond to the improvisation with changes in tempo, articulation, tone color, dynamic, as well as embellishments, alterations, elaborations, developmental figures, or even complete fabrications. As a general rule, do not let the music on the page stop you from playing something which you feel inclined to play. The purpose is to encourage a creative dialog between the cellist and the accompaniment. Though it is suggested that, in general, the music is to be performed in roughly the order in which it is written, there should be no constraints or imperatives of time or structure. If the performers wish to dwell on a certain portion of the piece for an extended period, they are heartily encouraged to do so. I also encourage the cellist to take initiative to alter, develop, or further take liberties with the music to encourage and inspire the improviser(s).

Note: Improvised accompaniment can be for one or more players. Optionally, the piece can be performed with solo cello.