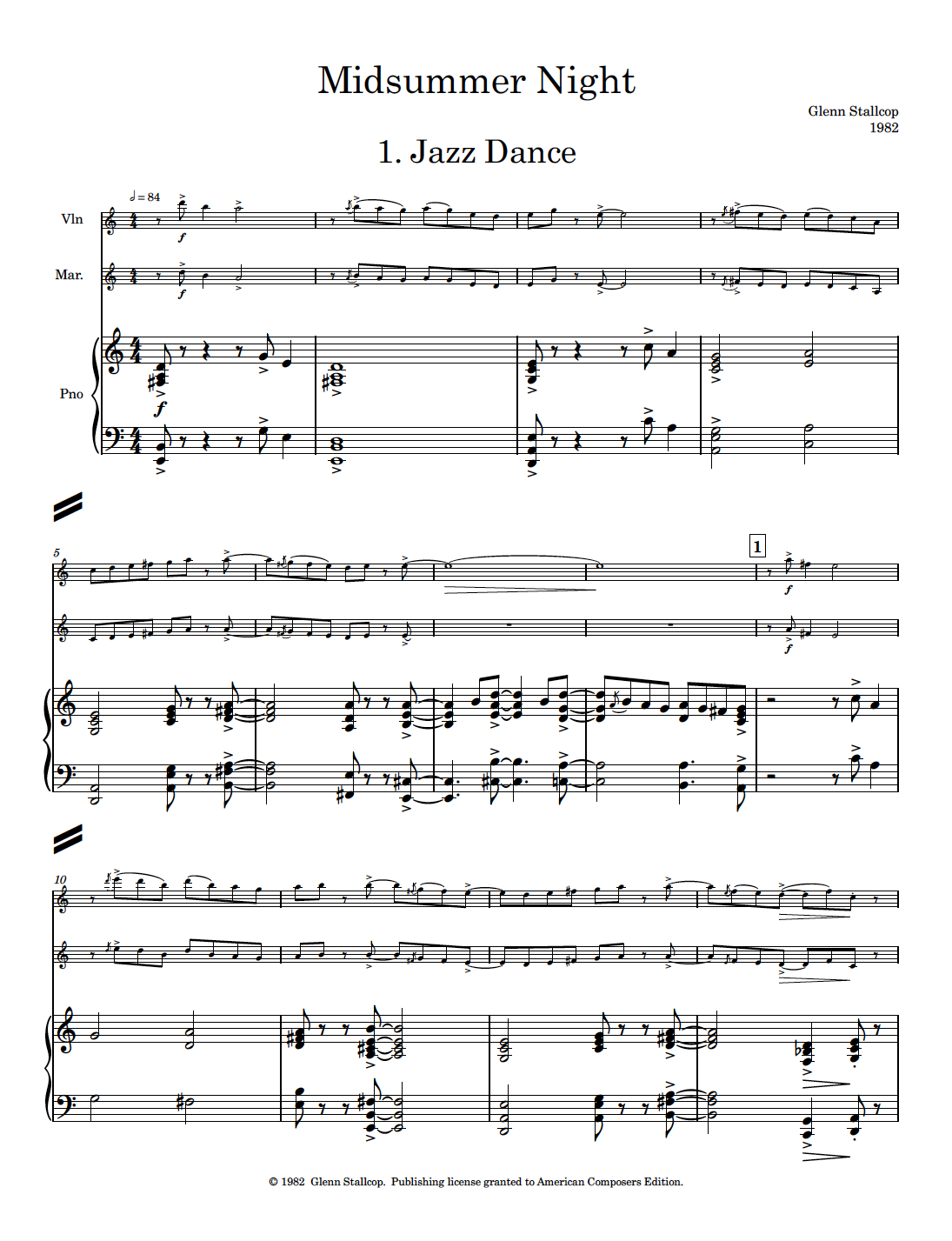 Growing up in the USA, I didn’t know anyone who celebrated Midsummer Night.  I had studied the Shakespeare play in high school, but still didn’t think of the summer solstice as a holiday that people celebrated until the late 1970’s, when I went on an reading binge of the novels of Ursula Le Guin.  In her Earthsea series, there is a detailed description of the celebration of Midsummer Night, which included dancing until dawn.  All the holidays I had ever known were either religious or political and rather tedious, but this sounded like a holiday that I would actually enjoy celebrating!

The trio, Midsummer Night, was written for a concert of new chamber works in 1982 in Scottsdale, AZ.  The work is in three lively movements.  Jazz Dance does not refer to “swing” jazz so much as the Jazz Fusion that flourished in the 1970’s, which is more rhythmically derivative of Hard Rock with straight eighth notes.  The second movement, Waltz, is a little more subdued, but slowly picks up the tempo to a point where the dance swings freely in one.

The last movement, Tarantella, though not as fast as the original dance, is never-the-less fast enough!  The syncopation and counterpoint make it seem faster than it is.  The tempo never falters. and continues to drive forward to a wild almost Bacchanalian finish.  I have often performed the Tarantella separately, as it is a show piece all its own.