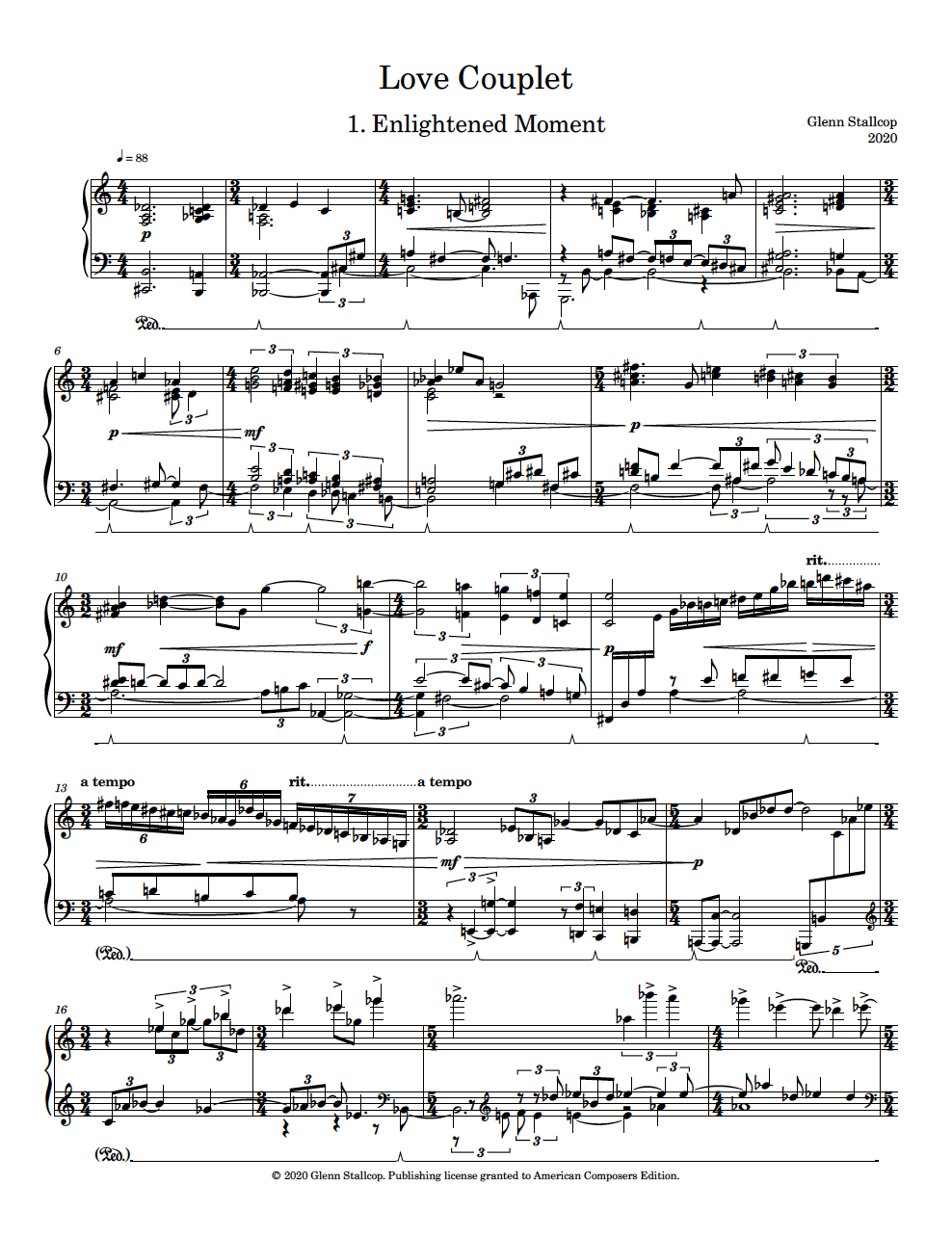 "Love Couplet" is an adaptation of two tracks from my albums of piano improvisations. The first movement, “Enlightened Moment” is from the album Retreat, and the second movement, “Weightless in Starlight”, is from the album Downhill. Both have been adapted and subtly revised for this presentation.

“Enlightened Moment” starts off in a somber, if not a little sullen mood. Moments of wistfulness dissolve back into episodes of bad temper, and then something touching and enlightened appears as if out of nowhere. A moment of endearment and connection just happens and enchants for a while and then slowly fades. But memories of the experience endure.

“Weightless in Starlight” is about the lightness amidst ecstasy, the thrill of being in love . . . as if floating several feet off the ground. Nothing can dampen the feeling, yet nothing can make it happen, it just does. It can only be accepted and enjoyed.

Movements may also be performed separately as stand-alone works.