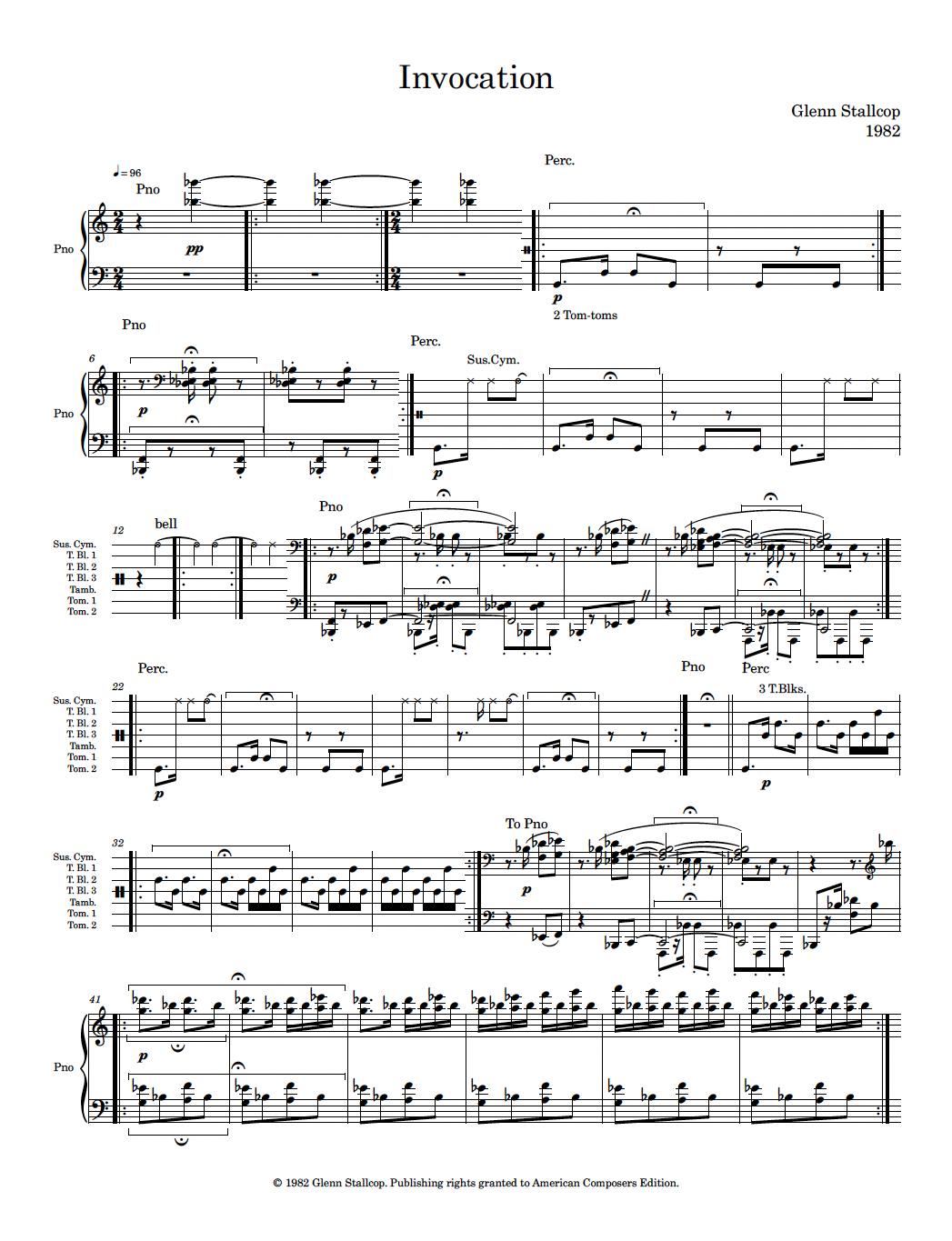 In the early 1980's, I wrote one concert of original chamber music per year for four years. Invocation for Piano and Percussion was written for Chamber Concert No. 2 which took place on May 18, 1982. The work was written for my colleague, William Wanser, principal percussion with the Phoenix Symphony. I played the piano for this work.

Invocation was meant to portray an imaginary earth rite. The work starts soft and builds to a frenzy and then returns, as if regaining its composure. Invocation uses a notation I used for the first chamber music concert, a linear succession of repeated patterns. I have been interested in Shamanistic rituals throughout my career, and have used them as the basis for a number of works.